While many students choose to go overseas during the academic year, summer study abroad programs are popular, too. They vary in length, so they can be easier to fit into your life. Whatever your reasons for choosing summer, though, you can look forward to all the benefits of the studying abroad experience and using your break productively.

The decision to study overseas might be relatively easy, but selecting the right program from the sea of options isn’t. That’s why we’ve analyzed data from former students’ reviews on Go Overseas and also thoroughly assessed reviews to determine the 10 best summer study abroad programs out there. Past participants have vouched for each of them in terms of providing strong academics, comfortable housing, and safe and fun environments that make for a memorable and worthwhile summer overseas.

How did we pick these programs?

In choosing the best programs to be included in this article, we took into account two main factors: the review scores of each program and the number of reviews that program had received.

For all programs on Go Overseas, we ask reviewers to rate six key variables that reflect the core components of any experience. These vary depending on the type of program, but include items such as Housing, Support, Fun, Value, Safety, and an Overall score. We average these scores in order to find a numerical representation of the typical experience, and we use this number to compare all of the many programs in a certain category.

From there, our goal is to choose those programs which are truly the best: they have more and better reviews than the average for similar programs and are verified by enough reviews for us to feel confident giving our stamp of approval. Lastly, we base these decisions on our own industry knowledge. We want to make sure we're recommending programs that are vetted both by you, the users, and us, the experts, so that we feel confident the programs included are the best of the best!

The programs listed below are not ranked in any particular order; instead, they reflect a breadth of excellent program options. 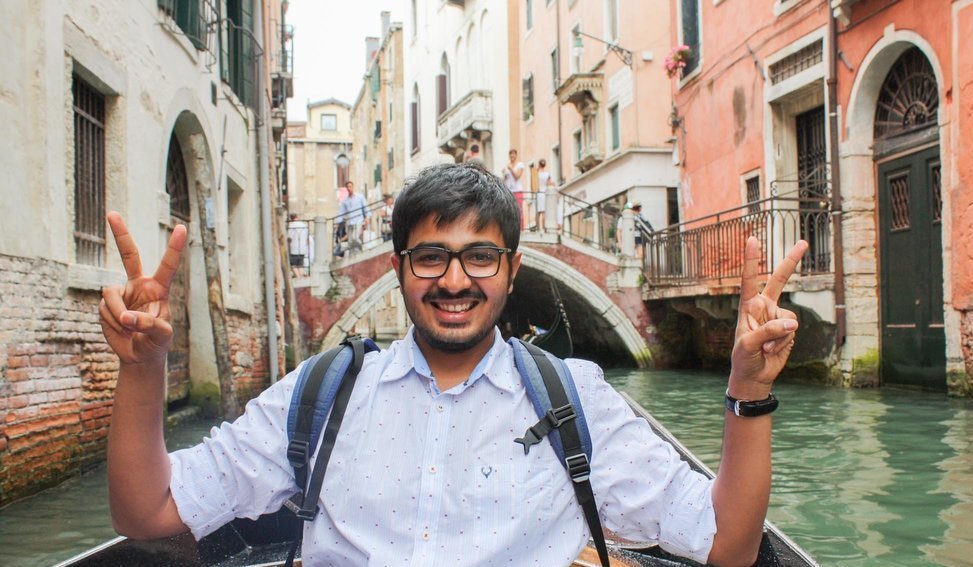 Forum-Nexus Study Abroad’s Multi-Country Summer in Europe doesn’t make you pick just one city to study abroad in -- you can study in five, joined by students from around the world.

The Summer itinerary includes stops in Spain, France, Switzerland, Italy, and Greece; along the way, you can earn up to 9 credits transferable to your school through classes, an internship, or an independent study.

Read what alumni had to say about the program in Europe:

Explore the culture, language, food, and traditions in 5 European countries

Become friends with students from around the world

Make the most out of your summer!

Visit the most beautiful beaches in Europe!

The European Study Abroad Center’s Prague program offers students the chance to spend the summer in the Czech Republic. The program includes courses at the University of Economics in Prague, where you’ll live in on-campus housing alongside other international students. There’s also the option to complete an internship while you’re there.

Not only that, you’ll be spending your summer in one of Europe’s most beautiful cities!

Read what alumni had to say about the program in Prague:

Study abroad in Prague with ESAC

Study abroad in Prague with ESAC 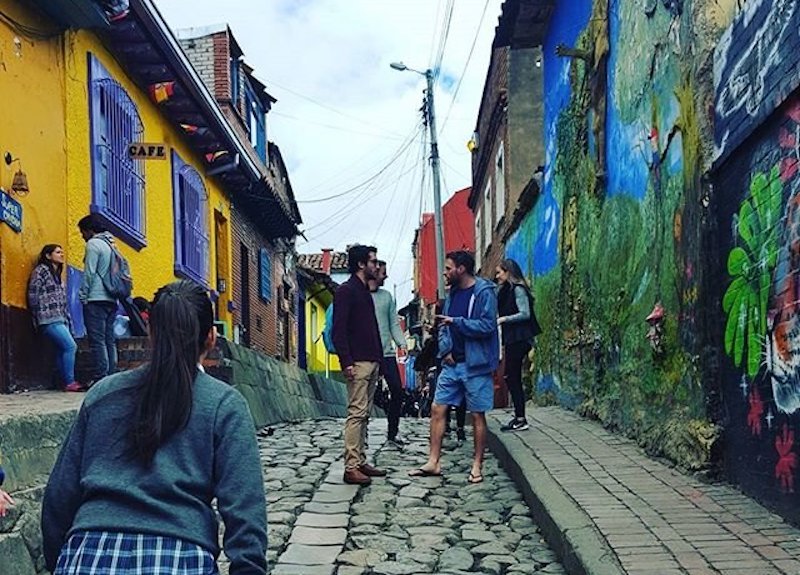 The Peace-building in Colombia Academic Summer Program from Red Tree Study offers both educational and cultural experiences to undergraduate students. Participants travel to Bogotá and take classes through the Political Science Department at the Universidad de Los Andes.

Through a mix of practical and sociocultural activities, you’ll learn about the country’s complex history, peace negotiations, and the push for lasting peace. You don’t get that in just any classroom.

Read what alumni had to say about the program in Bogotá: 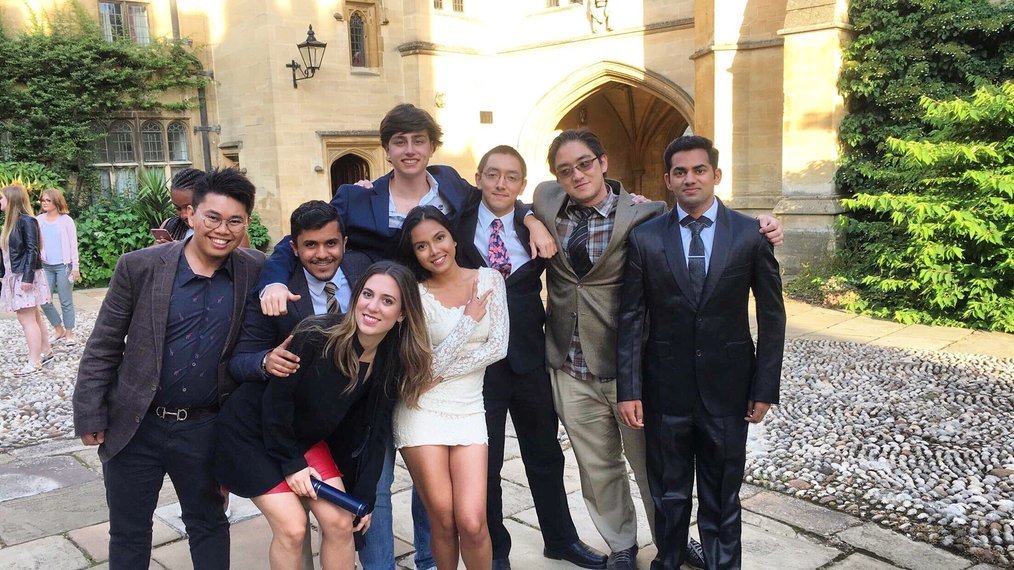 Oxford Royale Academy’s Summer Study Abroad attracts students from all over the world. There, you’ll live in either a manor house or one of the University of Oxford’s colleges for the duration of the two-week courses.

Subjects include everything from Engineering to Creative Writing, and Chemistry to Archaeology, and there are also cultural and recreational activities to complement your studies.

Read what alumni had to say about the program in Oxford:

9.55 Rating
based on 101 reviews
Read Reviews
Visit Site
Good for Students, Under 18

Punting on the Isis - a quintessential Oxford activity!

All students will have a guided tour of Oxford City!

The ORA Great Debate offers the chance to test debating and reasoning skills with our guest speakers. 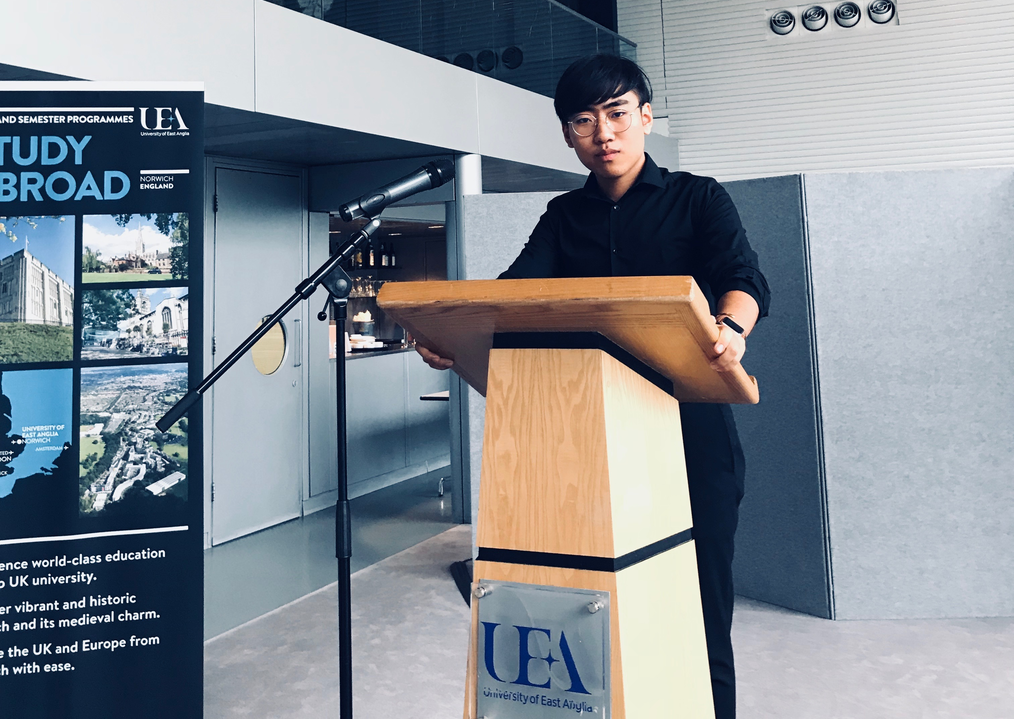 University of East Anglia’s Undergraduate International Summer School is another option in England. UEA Summer Study is a four-week program where you can take modules worth 20UCU/10ECTS credits; areas of study include Advertising, Finance, Global Studies, and more. You can look forward to participating in classroom discussions and off-campus field trips, plus being part of a vibrant international student community.

Read what alumni had to say about the program in Norwich:

Group of students by Norwich Market

Students posing with U E A letters

A group of students in a capsule on the London Eye

A group of students outside 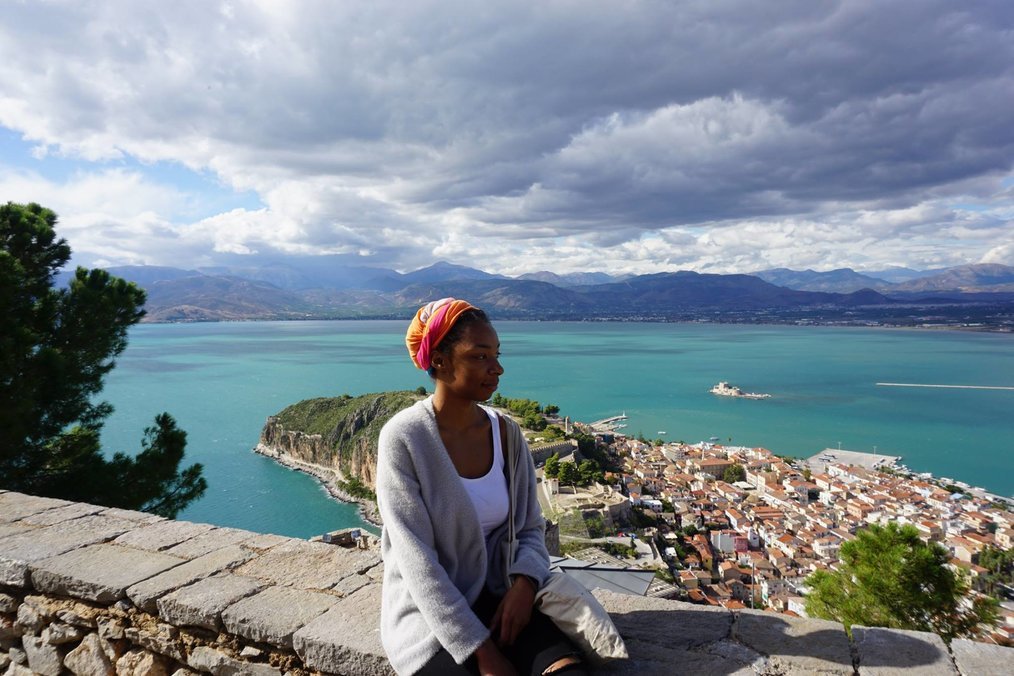 College Year in Athens boasts experience-based opportunities for learning. The Study in Greece Summer Program makes the most of the country’s rich history, offering visits to archaeological excavation sites, different islands, and more.

You’ll take one course during four-week sessions that consist of 60 contact hours, and then in your free time, you can enjoy a beautiful Greek summer.

Read what alumni had to say about the program in Athens:

CYA Students with Acropolis in the background

CYA Students on an archaeology site

CYA students on the beach

CYA Students on the Acropolis

CYA Students in the Street 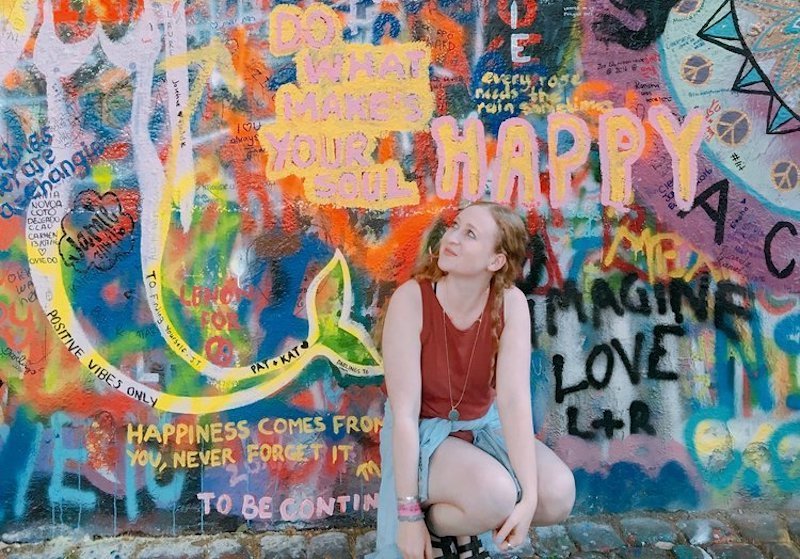 The six-week Summer Program in European Studies is located at the Netherlands’ Maastricht University. Offered through the Center for European Studies, the program allows participants to take a variety of courses or join study tours that are taught in English. You’ll find courses from across academic disciplines, and you can earn credits toward your major.

Read what alumni had to say about the program in the Netherlands: 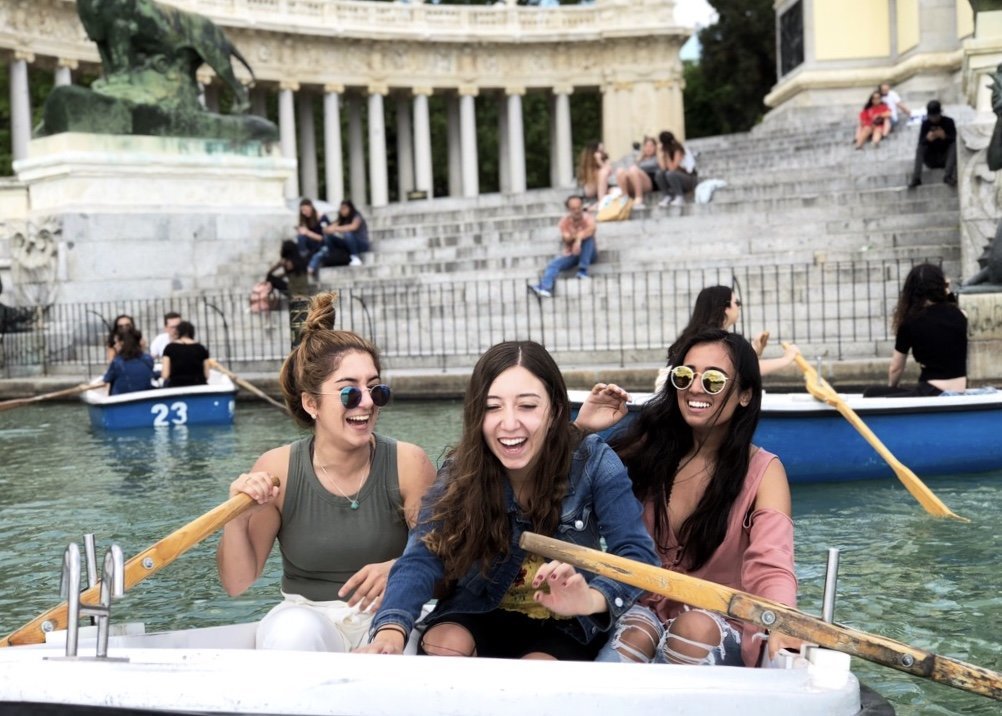 IES Abroad gives students the chance to study in the capital of Spain with its Madrid Summer program. You’ll get to take classes at the IES Abroad Center that integrate the city’s rich history and culture.

Meanwhile, you’ll have the chance to explore all Madrid has to offer, including its world-class museums and unique charm.

Read what alumni had to say about the program in Madrid:

A student rowing a boat

Students pose for a photo on a warm day

Students in front of Madrid 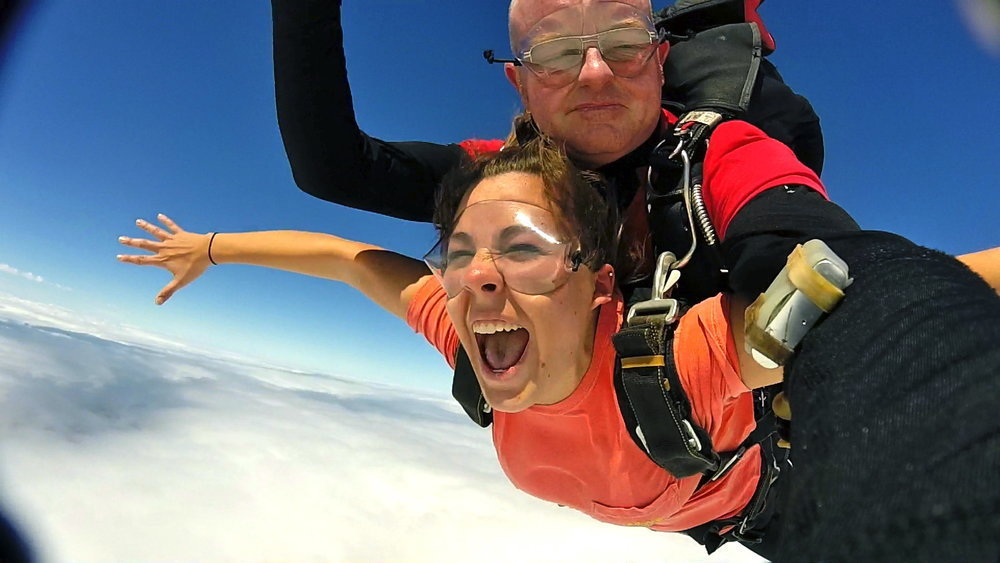 The Australian Environment & Conservation Summer Program offered by The Education Abroad Network is perfect for students interested in hands-on experience and learning. The three-week program focuses on the practical application of biological science and environmental management, and it includes trips some of the most breathtaking places in Australia. You’ll get to see the environment and wildlife up close, guided by local experts.

Don't forget that summer in the northern hemisphere is winter down under! You'll want to pack clothes for cooler weather if you choose this program.

Read what alumni had to say about the program in Australia:

TEAN also has a highly rated program to study abroad in Chang Mai which they offer in the summer, fall, and spring semesters. Adelante Abroad’s Semester and Summer Programs in Spain enables students to improve their Spanish, while taking classes ranging from Economics to Art History.

You can take up to 16 credits per semester and take advantage of the local universities facilities, which include a new library, gym, cafes, and more. At the same time, you’ll get to experience life in Andalusia, a sunny and vibrant Spanish region.

Read what alumni had to say about the program in Seville:

Biking while studying abroad in Spain

Study with Adelante in Spain

Internships and study abroad in Madrid

In the above section, we highlighted the best summer study abroad programs that happen only during the summer months (May to August). There are some other programs worth noting -- but these programs occur both in the summer and during the fall/spring semesters. If you're uncertain about when you want to study abroad during the year, they might be a great option!

Whatever your academic goals or interests, there is likely a summer study abroad program on this list to match them. These programs are truly the best of the best, and you can feel more confident knowing that Go Overseas students have not only tried them but thrived in them. Have a great summer studying abroad!