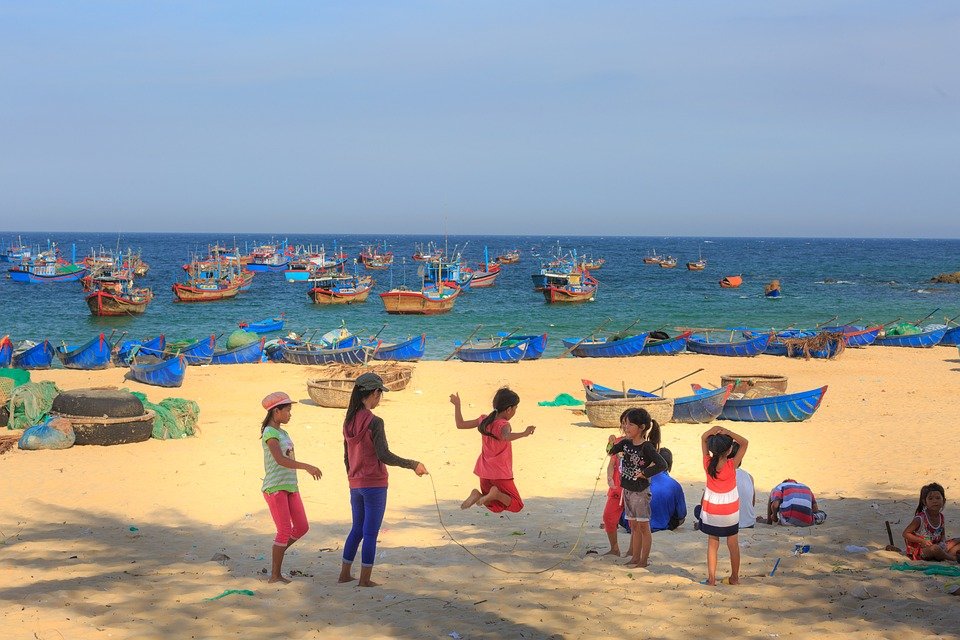 Travelling to Vietnam is on many traveler's bucket list, and with good reason. It’s a country with a rich, cultural history, heavily influenced by the Chinese, Portuguese and French. The scenery is spectacular -- from the dramatic karst landscapes of Halong Bay and Ninh Binh to the rugged mountains of Sapa, Ha Giang and Mu Cang Chai in the north, to the sand dunes of Mui Ne and lushness of the Mekong Delta in the south. The food is a delicious medley of sweet, salty, spicy and sour. The Vietnamese are friendly, kind and welcoming and it’s easy to make friends with the locals.

I should know -- I fell in love with Vietnam on my first visit in 2010, and at the end of 2016, I returned to volunteer in a social enterprise that trained at-risk youth in hospitality.

Vietnam might be one of the fastest growing economies in Asia, but local wages are still relatively low, and poverty is an issue. The American War, over for 40 years now, still haunts the Vietnamese with Agent Orange responsible for birth defects and cancer even today. Youth unemployment is high, and access to quality training is expensive. Conservation and the environmental impacts of tourism -- particularly in Halong Bay -- is also a problem for this country. Vietnam’s proximity to China means that sex-trafficking of young girls is a real threat.

For the traveller who wants to travel with a purpose, Vietnam has many opportunities to volunteer and make a real difference to this wonderful country that I call home. 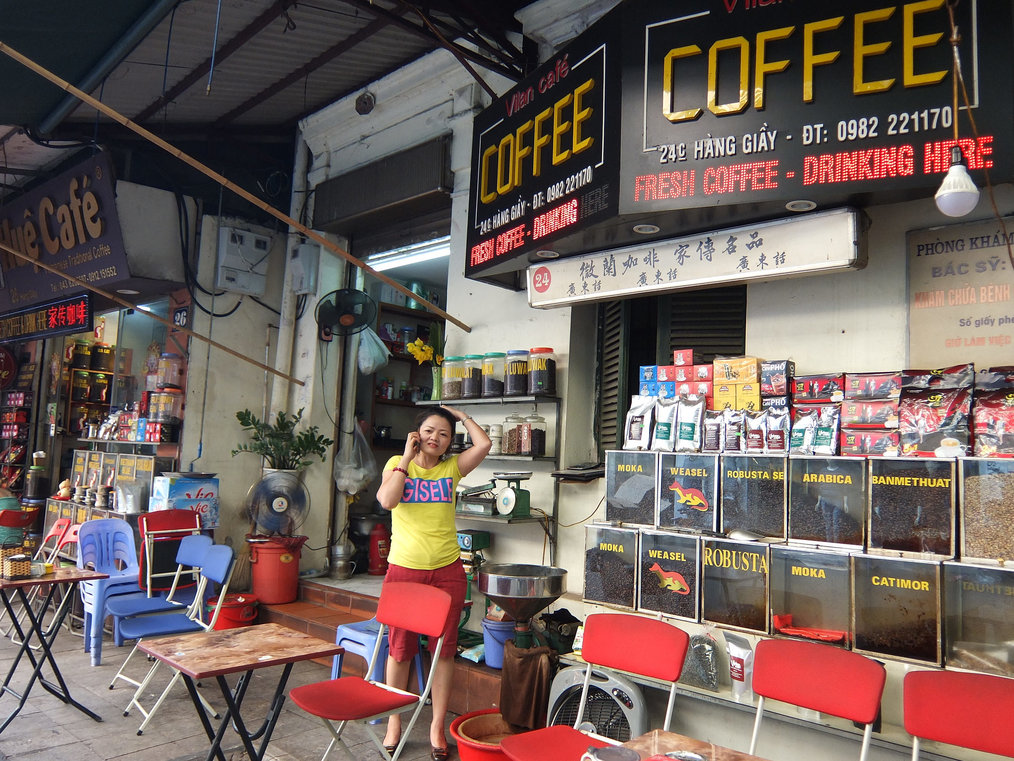 Situated in the north of Vietnam, with a population of almost 8 million people, Hanoi is the capital of Vietnam -- and its second largest city -- and full of delightful contrasts. French colonial architecture blends seamlessly with villas and apartments and thousand-year-old temples and pagodas that are still in use today. Wide, tree-lined boulevards lead to tiny, winding alleys. The vibrant 36 streets of the Old Quarter are a stone’s throw from modern malls, and alongside the embassies and government offices is a thriving art and music scene.

Lakes, rivers, and mountains are a feature of the landscape, as is the four distinct seasons that differentiate Hanoi from Saigon: cold in winter and hot in summer. Transport is still primarily by motorbike, but cars are starting to clog up the roads. And if coffee is your thing, you’re in luck. The coffee culture is alive and well in Hanoi, and as an integral part of the lifestyle, there are cafés on every corner.

Hanoi is an excellent base for exploring northern Vietnam to the Chinese border, and if traveling south-east Asia is on your list, it’s a short, cheap flight to Bangkok, Bali, Kuala Lumpur, Seoul or even Yangon. And located relatively close to Hanoi are numerous craft villages: pottery, silk, bamboo, and lacquer -- to name a few.

Volunteering inspiration: With the high number of NGOs based in Hanoi, volunteering opportunities are as many and varied as the NGOs themselves. Volunteers can work with underprivileged youth and sex-trafficked girls via Blue Dragon (who rescues kids) and KOTO (who trains them), who are always on the look-out for English teachers, vocational trainers and mental health workers. 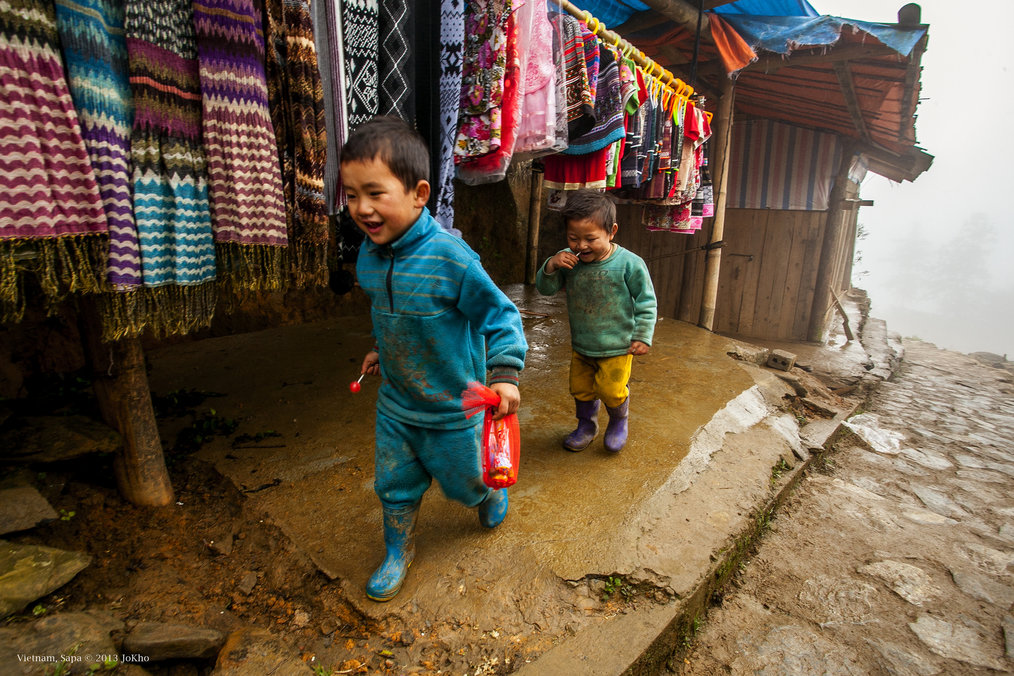 Located 200 miles north-west of Hanoi in the Lao Cai province -- around 6 hour’s drive from the capital -- is the mountain region of Sapa. Originally a French station established in 1922, Sapa is only a few miles from the Chinese border and is characterized by emerald rice terraces, deep valleys, and Fansipan -- the highest mountain in the Indochinese Peninsula. Depending on the time of year, Sapa’s mountains are veiled in mist, and are a cool respite from the heat of the northern summer.

A rich tapestry of ethnic minorities occupies the 15-square-mile region, and travelers can meet upwards of 24 different ethnic groups, including Hmong, Dao, Pho Lu, and Tay, each with its own unique culture, language, and traditions. The Sunday markets are a treasure hunter’s paradise, particularly for those who love their textiles, and the locals in their ethnic clothing make for wonderful photos.

Easily accessible from Hanoi by bus, train or car, Sapa is becoming increasingly developed, but there are still villages that can only be reached on foot. In fact, trekking and hiking are “must do” activities in Sapa, and most accommodation -- from the humblest homestay to the swankiest resort -- can provide a private guide. If you are not wanting such an active stay, day spas are dotted all around the area. And that’s the beauty of Sapa: it unfolds before you and captures your heart in a way that the bigger cities of Vietnam may not. 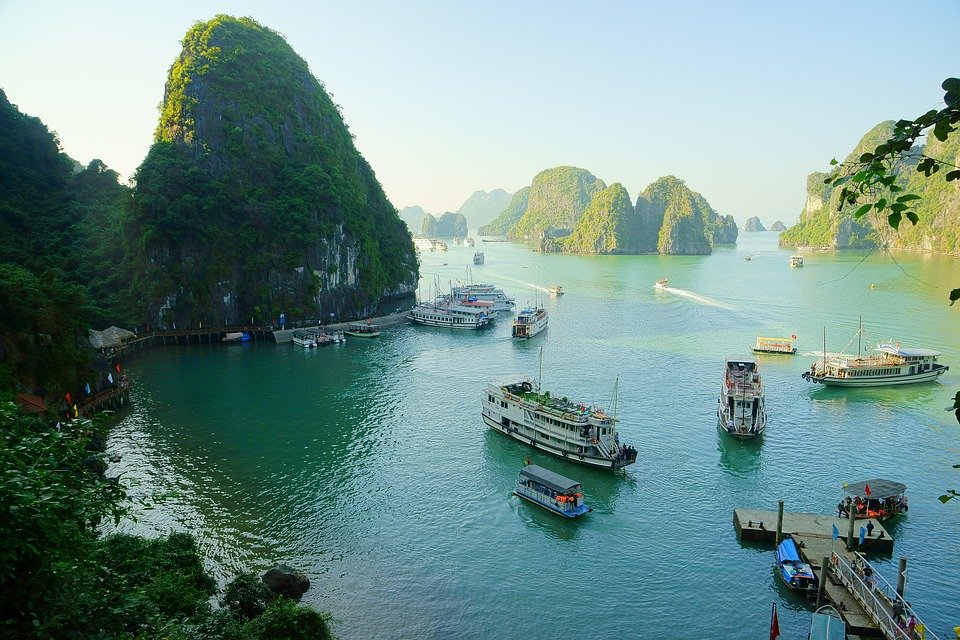 Always in the Top ten things to see and do in Vietnam, Halong Bay has earned its reputation as one of the most beautiful places on Earth. Its drowned marine karst is one of the best-preserved examples in the world, and deserving of its twice UNESCO World Heritage inscription. Nearly 2000 limestone towers, islands, and islets can be found in the 1553 km2 area, with features of the area being mysterious cave systems, peaceful grottoes, and white, sandy beaches. Halong Bay was the location for the filming of King Kong: Skull Island -- the aerial shots show off the scale of the Bay, and how magnificent it is.

Halong Bay is located 125 miles south-east of Hanoi, and as a major tourist hub, there are plenty of transport options, including flying, although driving is usually the preferred option. The third largest city in Vietnam, Hai Phong, is a relatively short drive, and Cat Ba Island, the largest in Halong Bay and home to the endangered Cat Ba langur, is easily accessible by ferry from the mainland. Cat Ba is less developed than other areas in Halong Bay, for example, Tuan Chau Island, and half of Cat Ba is a designated national park.

The entire area is rich in biodiversity, with mangroves, coral reefs, lagoons, caves and rainforests contributing to a complex ecosystem. Unfortunately, because of its popularity as a tourist destination, Halong Bay is at risk of being over-developed, with conservation and sustainability a major concern among environmental groups and hospitality service providers.

Volunteering inspiration: work with local tour operators to ensure sustainability of this area, both from an environmental and economic perspective. You can also volunteer with Save Vietnam’s Wildlife, who run conservation programs on Cat Ba Island and wider Halong Bay. 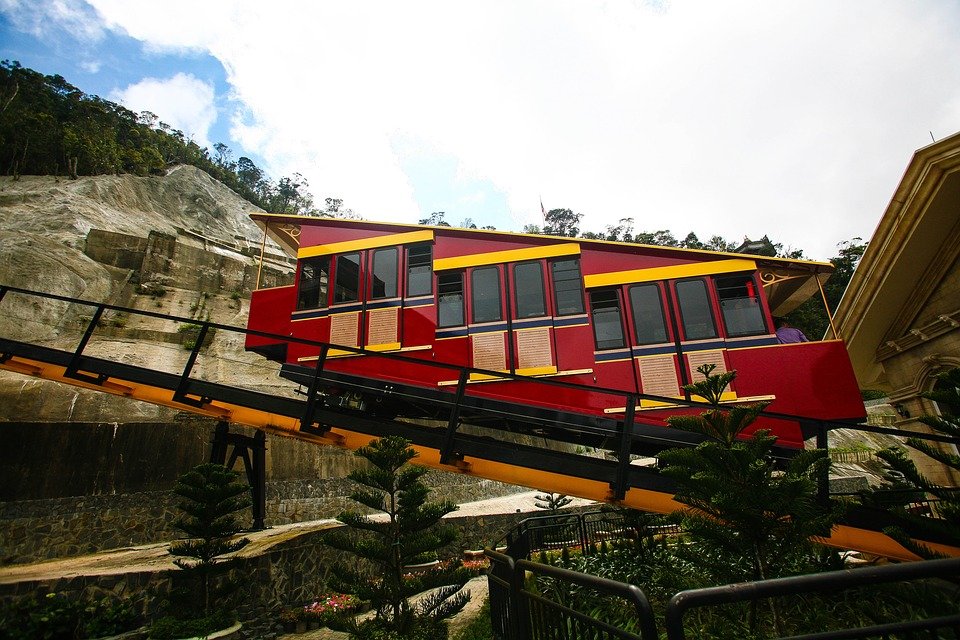 Da Nang is a resort city in the center of Vietnam, renowned for its chilled atmosphere, clean beaches and wonderful, bars and restaurants that attract both Vietnamese and foreign tourists. Golf is a popular pastime in Da Nang, with golfing legends Colin Montgomerie and Greg Norman both having a presence with their respective golf courses. Attractions include China Beach, made famous by the American War, and Marble Mountain -- home to caves, temples and a giant Buddha, and was the location of an underground hospital during the war. Ba Na Hills, used by the French in the early 1900s as a resort, is now the location for the Vietnamese version of Disneyland. Cheaper than Hanoi, Da Nang offers the same levels of service as the capital.

The UNESCO World Heritage site of Hoi An is a 45 minute from Da Nang, and the charming Old Town, with its pedestrian-only traffic (apart from bicycles!), is a must-see destination and also attracts both domestic and international tourists. Strolling around the Ancient Town, particularly along the river at night, is magical: a myriad of colored lanterns illuminates the way. The architecture has been well-preserved and it’s easy to picture how life could have been. Like Da Nang, Hoi An is famous for its beaches, and its history as a port city means that its architectural influences include China, Japan and France.

Further away, but still an easy two-hour drive, is Hue. The former capital of Vietnam, Hue is an education city and has a lovely vibe. The Imperial City is located here: a walled palace within the citadel -- and it is also a UNESCO World Heritage site. Seven spectacular royal tombs from the Nguyen Dynasty are also worth visiting: some have beautiful gardens, others are decorated with ornate, ostentatious interiors. The Perfume River, which smells like ginger at certain times of the year and crosses through Hue, is a popular spot with the locals, particularly when the sun sets.

The Hai Van Pass, which runs a winding 13 miles between Hue and Da Nang, was featured on Top Gear in 2008 and is considered one of the most spectacular coastal roads in the world.

Volunteering inspiration: participate in conservation/preservation activities related to UNESCO preservation of the Hoi An’s Ancient Town. Well known in Da Nang is the Freewheeling Life Group, which offers support and peer counseling for people with disabilities, particularly those with spinal cord injuries. 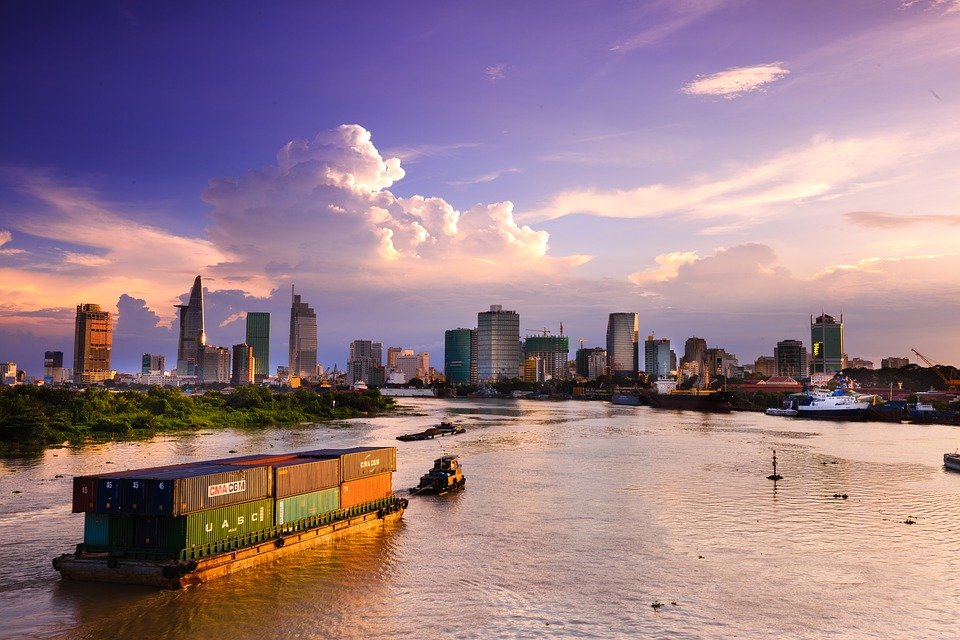 The largest city in Vietnam, with a population of 13 million, Ho Chi Minh City -- or Saigon as the locals call it -- is a vibrant metropolis that never sleeps. The financial, economic and business hub of Vietnam, Saigon is much more westernized than Hanoi -- and much less conservative. Where Hanoi is genteel, graceful lady, Saigon is like a brash teenager thumbing his nose at the rules.

More affected by the American War than the north, key sites like The Reunification Palace and The War Remnants Museum, and the Cu Chi Tunnels -- home of the Viet Cong some 30 miles northwest of the Saigon -- are stark reminders of the conflict that no one wanted. While America has had a major influence on Saigon, so has the French. Stunning examples of French architecture can be seen around the city, including the Notre-Dame Cathedral and the Central Post Office. The city is divided into 24 districts, with each district having its own unique look and feel.

A relatively short drive from Saigon is the Mekong Delta, known as Vietnam’s Food Bowl. Floating markets, orchards, and farms are key features of the Mekong, which provides the city’s many restaurants with a huge variety of produce. The food in the south is spicier than in the north, but influences come from all over Vietnam. The resort island of Phu Quoc -- located off the coast of Cambodia is a 30-minute flight, and the coastal town of Mui Ne, popular for sand dunes and water sports, is just 125 miles east of the city.

Volunteering inspiration: work with victims of Agent Orange -- a long-standing issue from the war and still a major problem in Vietnam. Volunteers for Peace Vietnam uses cultural and educational exchanges to promote peace and friendship and address social issues.

With Vietnam being such a diverse, vibrant country, the range of volunteering opportunities are equally as varied and interesting. No matter where you go or what you choose to do, you are guaranteed an experience of a lifetime.