Packing for a beach vacation is easy: sunscreen, sandals, swimsuit, sunglasses, something else starting with S and you’re all set! Packing for six months or even a year studying in another country – well, that’s a bit higher on the difficulty scale.

Your university, study abroad program, program alumni, friends and well-meaning relatives are likely to have plenty of advice for you about what you should bring, but it can often be just as difficult to make tough decisions about what to leave at home. Whether it’s worries about whether you’ll be able to find your favorite conditioner in Kenya or the emotional trauma of abandoning your teddy bear at your parents’ house, it can seem like there are just too many things that need to go in your suitcase.

There are some things that just don’t need to come along for the ride.

While your individual needs will vary depending on where you’re studying, how long you’ll be there, whether you’re volunteering or doing an internship as well and whether you play sports or other activities that require specific clothing, there are some things that just don’t need to come along for the ride. We've already shared what you should pack for study abroad; here are a few things that shouldn’t be making an appearance at customs.

1. Heavy Liquids in Bottles (with a Few Important Exceptions)

Sure, travel-size containers are a ripoff, but for the most part, you’re going to be able to find a version -- or at least a passable approximation -- of the toiletries and other products you normally use in your study abroad country.

If you’re absolutely in love with a specific moisturizer and not having it is going to destroy your quality of life, then by all means bring it, but it’s not the most efficient use of your limited suitcase space or weight to fill it with Costco-sized bottles of shampoo and face wash when you’ll be able to buy those in your study abroad city.

Enough shampoo, conditioner, toothpaste, etc. for your first 2-4 weeks there. While you don't want to waste space on things you can buy later, you also don't want to land in your host country and immediately have to worry about how to brush your teeth either! Pack enough of what you'll need while settling in and, once you run low, we're sure you'll have a good idea of where to go!

Also, our exceptions to this rule are insect repellent, sunscreen, and contact lens solution if you need them -- these three things tend to be outrageously expensive in other countries and it’s worth carrying them with you rather than paying up to three times as much to buy a tiny bottle once you’re there.

Here’s what you realistically need, unless you’re moving to Paris to study fashion:

Any more than that, and you’re probably overpacking.

Don’t forget to do a little research on what people normally wear in your study abroad city -- you don’t want to be the only person in the city wearing flip-flops, or the fool caught without waterproof shoes during rainy season.

A versatile pair of shoes that can go from class to dinner and that can take a beating (so, no, not your cheap H&M flats!). You’ll be surprised how quickly shoes can wear through when you’re wearing them every day. If you’re somewhere cooler, especially a big city, a pair of sturdy boots or lace-up shoes can be your best friend. And no, sneakers are not appropriate for daily use -- you’re not on campus anymore.

This should be a no-brainer, yet somehow seems to escape many of the best and brightest students out there. In most other parts of the world, especially urban campuses, it is generally unacceptable to show up to class in flip-flops, shorts, sweatpants or hoodies.

You’re an adult and you’re expected to dress like one, so don’t plan on wearing t-shirts and leggings to class every day. The same goes for internships -- if you want to be treated as a professional, you’d better dress the part.

Don’t plan on wearing t-shirts and leggings to class every day. 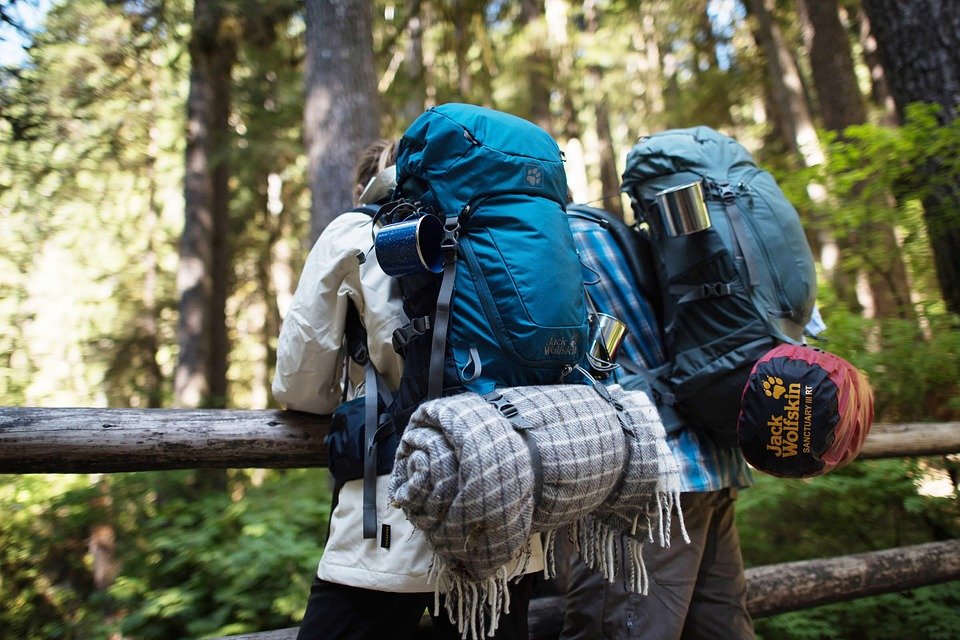 As a voracious bookworm, it pains me to say this, but books are one of the single worst things to pack for studying abroad. They are insanely heavy, take up lots of space and you’re not likely to read them more than once, especially if you’re doing other reading for class.

If you have one or two books you absolutely can’t live without, bring them, but leave your library collection at home. This way if you want to pick up a book or two while studying abroad, it won’t send your suitcase over the weight limit.

If you want to have reading materials with you (great for long cross-country bus or train trips!), considering investing in a Kindle, Nook or some other kind of e-reader. We especially love the Kindle Fire for travel, since it'll also let leave your laptop at home and you surf the web, check e-mail, and book your hostel during all those awesome study abroad weekend trips!

They’re not for everyone, but they’re one of the best -- and lightest -- ways to keep your books with you without breaking your back. If it's really not for you, limit yourself to two books that you're OK parting with, and swap them for other books throughout your stay.

Obviously, some things, especially laptops, are a necessity for a semester abroad. If you plan on using your phone while studying abroad, of course you’ll want to pack that too. If not, it can be nice to have an iPod or other music player for those days when you’re stuck in hours of traffic trying to get home or maybe that e-reader for traveling.

Beyond that, try to think really strategically about which of your devices you actually need. Electronics are probably the universal number one target for theft -- you’re way more likely to get a phone stolen than pretty much anything else you own -- so don’t bring more targets than you absolutely need, especially if you would be really upset to have any of them stolen.

Besides, you should be spending your free time outside getting to know your new city and country, not inside playing Candy Crush!

Versatile electronics. For example, would you be OK with only bringing your iPhone instead of a phone, camera, iPod, and e-reader? Do you really need your iPad? Whatever you do end up packing though, don't forget to pack an adapter/converter if the place you’re going uses a different voltage and outlet than where you’re from. It’s usually much cheaper to buy one before leaving than trying to find one there, and you can make sure it works with the devices you are bringing.

It’s also smart to invest in a good bag with a zipper or other dependable closure if you’re planning on carrying your laptop, camera, or phone around with you -- bonus points if it doesn’t look like a laptop bag!

6. Lots of Food or Snacks

Look, I get it -- the idea of going months without peanut butter eats me up inside (no pun intended) too. But while you think you may be unable to get through your semester abroad without constant access to Doritos -- which, news flash, they probably sell there -- weaning yourself off your favorite snacks can help you discover tasty new treats that you might never have tried otherwise.

Every country has its own unique snacks, and part of the fun of living abroad is finding out which ones you wish you could bring home with you and which ones you’d prefer to stay a continent away. It can be fun to have a bag of candy or something else unique to your home country or region to share with new friends, but refrain from trying to shove the entire grocery store into your bag.

Spices or other cooking supplies that won’t be available there -- for example, mac and cheese packets (without the pasta), Old Bay seasoning, or ranch dressing packets. Cooking some of your favorite dishes can be a great way to bond with your host family or friends, and having these on hand can give you a little taste of home without breaking the bank or overloading your suitcase.

Again, it’s important to remember that there’s a probability of things getting lost, stolen, broken or even “vanishing” in customs when you study abroad, so plan accordingly.

Part of the fun of living abroad is finding out which [snacks] you wish you could bring home with you and which ones you’d prefer to stay a continent away.

You don’t need to assume that everyone is going to try to rob you or that you can’t bring anything that’s special to you, but objects of value are big targets, so really ask yourself whether the possibility of losing something is worth the risk of bringing it. Maybe you haven’t taken off that necklace your grandmother gave you in five years, but it’s worth thinking about if you can get by without it for a few months, knowing it’ll be safe and waiting for you when you get back.

Photos of friends and family or other little trinkets that have emotional value for you but won’t fetch a high price on the resale market. You can also invest in cheap but functional versions of some items (watches, wallets, sunglasses) that will get you through your time abroad but won’t break your heart if they go missing. 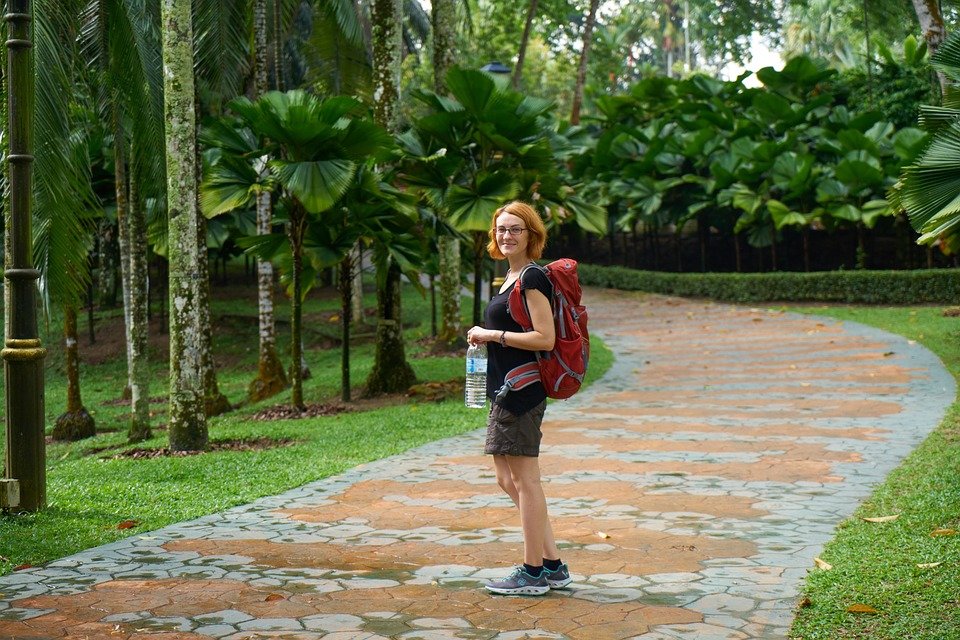 Look, I get it -- you're going away for a long time, and so it seems logical that you'll need a huge suitcase and a lot of stuff. Really, you don't. If you're spending a whole semester or year abroad, you'll accumulate things as you're there, just like you would at home, and it's more important to just bring the basics. Your stuff will be waiting for you when you get back and you can live without them for a bit!

The best trick I've learned for packing lighter, is to get a smaller bag. If you limit yourself with your luggage, you'll be forced to put those "maybe" pile items into the "no" pile and leave them at home. Also, if you plan on doing any weekend travel or post-study abroad travel, you won't want to lug around a large suitcase. You'll want something smaller for those short getaways.

A solid camping backpack. Trust me when I say you can definitely fit everything you'll need and more in a 60 liter camping backpack. Also trust me when I say that it's much easier to navigate public transportation, hostels with no elevators, and walking around lost while trying to find said hostel, when you have a smaller, on-your-back pack, than some obnoxiously large suitcase.

Plus, some outdoors stores offer student discounts and putting all that stuff on your back might encourage you to stay closer to the airlines' weight limits... Way to pack light and stick to your budget!

It can be good for your mental and emotional health to have a few non-essential pieces of home with you to help ease the transition abroad. You don’t have to completely cut yourself off from the people, things or even sports teams that are important to you just because you’re moving to another country, but you also can’t try to bring your entire life with you.

Be strategic about what you bring with you and what you leave for when you return -- and don’t forget to leave some extra space in your bag for everything you’ll be bringing back from your time abroad!