From the lavender fields of Provence, to the bustling city streets of Paris, spending time in France in high school is a no brainer. It's the most visited country in the entire world and is an international hub of culture. It also borders six other countries, making it a prime location for discovering other parts of Europe.

As a curious student, you'll have plenty of options when it comes to high school abroad in France. From French courses and high school exchanges to short-term summer programs and teen travel tours, there's enough variety of programs in France to meet any students' level and interest.

The French love their language, so make sure you try to learn at least a couple of phrases to show that you are interested in their culture. You will also have the opportunity to enjoy yourself since it is world renowned for its food and its leisure time. No matter where you go make sure you enjoy a baguette, some cheese, and a croissant or two.

France is best for students who want to learn French, culinary arts, history, fashion, art, or who are curious to dive deeply into a historically rich country.

Study abroad in France is one of the most popular ways to visit in high school. This includes exchange programs, such as semester and year-long programs, as well as short term study abroad programs. You will be fully dedicated to immersing yourself in French language and culture if this is the route you take.

French academia can be quite competitive and sometimes a challenge, but they are well worth it. If you're planning to be there for a semester or a year, keep in mind that you will get at least a week vacation every six weeks (and usually it is closer to two weeks). There are also plenty of jours fériés, holidays/days off, so you will be very much in a “work hard, play hard” mindset and environment.

France is also, naturally, a wonderful place for language and cultural immersion programs. French is a very popular language to learn among high school students, and it is also one of the official languages of the United Nations. Keep in mind that there are very different accents throughout the country, especially when you are in more rural areas. A Paris accent and a Marseille accent are quite different, but both very cool, so keep your ears open for nuances.

Teen travel programs are a great options for students who might not be able to fully dedicate a semester or a year to a high school program in France (which is totally fine)! This also gives you the opportunity to visit more of the country in a shorter amount of time, and probably go to places that you’ve never heard of. These programs typically travel over school vacation times (spring break, summer, or winter) and will have an academic focus on language, culture, history, or any number of other topics. Certain programs also include travel to neighboring countries, like Spain, Belgium, or the Netherlands.

Located in the center of the middle-north of the country, Paris is the most popular city and it is also the capital. For a smaller feel but in the same general area, Lille is also a great option. To the south, Nice, Marseille, Aix-en-Provence, and Lyon are all student centers as well. And of course, there are endless options in between (but they might be smaller, quainter towns).

EU students will not need a visa to enter, and students from most Western countries might just need one if staying for longer than three months. Be sure to check with your embassy/consulat in the first stages of your planning (visas can take a long time!)

If you are staying for at least a semester, home stays are highly encouraged, as well as the most popular. You will immerse yourself the best into the culture as well as the language. And if you are doing a short-term program, or a travel program, you might also do a homestay! Other options include dormitories and hotels and hostels since those are easiest for accommodating starveling students for shorter periods of time.

While France is known for being on the more expensive side, this does not make it impossible to go there. While eating in a restaurant for every meal might be costly, making a home meal or grabbing a ham and cheese baguette sandwich is much more fun, as well as cheaper! You will also want to check with your programs, and see what is included in their fee (it just might surprise you how much more is included than expected).

After your program fees (most of which include housing -- teen travel tours will also often include two meals, transportation, and excursions) plan to budget between $25 - 50 USD per day for personal expenses.

The French view manners as very important. This means that you should always greet shop owners, bus drivers, etc. with a friendly Bonjour! and a Merci! when you are leaving.

Keep in mind to also address elders and people you are not familiar with (which will be most people until you become friends) with vous and not tu (they are both different forms of “you” but the former is the formal version).

When being introduced to someone, they will most likely go in for la bise if it is in a non-business setting. This is a kiss on each cheek (sometimes an air kiss). Everyone does this and it's similar to a handshake in the United States (they will also do this when leaving).

France experiences the four different seasons. Paris and cities in the north can tend to get rainy in between November and April, so make sure to bring rain gear for that (but it will most likely almost never snow in the city). On the other hand, the south can get very hot in the summer, so if you are there at that time, make sure to bring a hat, sunscreen, and sunglasses. Other tips:

There are no necessary vaccinations when traveling to France, according to the CDC. Something to keep in mind is that some places charge for using the public restrooms, so keep some change handy while you are out and about.

While all countries are susceptible to grave danger, France is generally safe. Pick pocketing is very common in France, especially in larger cities and in their public transit. Make sure to keep your wallet, purse, and/or bag in front of you where you can see it at all times. Never hang your bag on the back of your chair at an outdoor cafe -- it's best to keep it in your lap.

The French tend to go on strike a lot too, which might disrupt your travel plans. These are generally safe and tame, but be sure to not go to the locations where they are being held, in case they do turn violent (like any public gathering could). 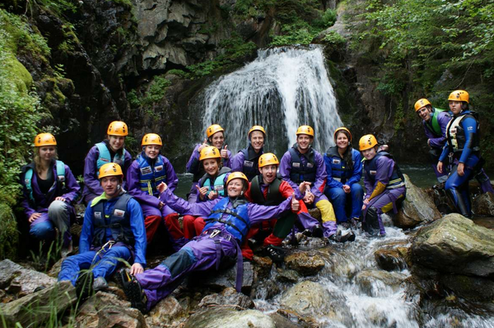 Save to Wishlist
3
3
Travel For Teens 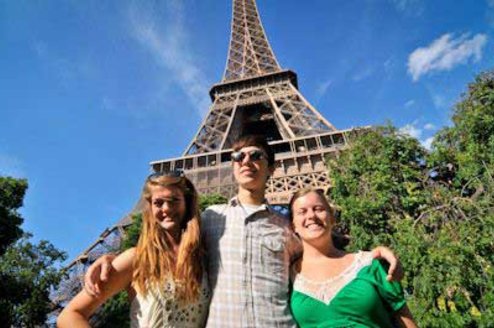 Save to Wishlist
3
Travel For Teens

In 2003 Travel for Teens was born with its first trips to France! Join... 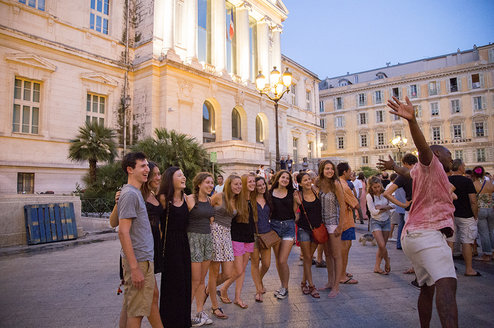 Save to Wishlist
3
3
Abbey Road Programs

Explore the beautiful French Riviera with Abbey Road in our Summer... 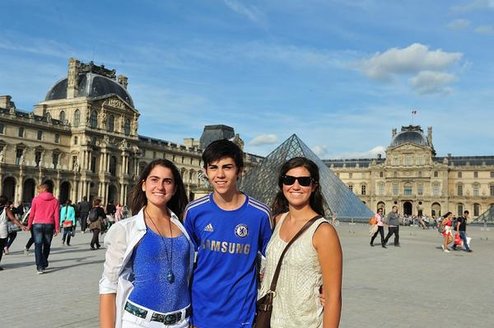 Save to Wishlist
2
SPI Study Abroad 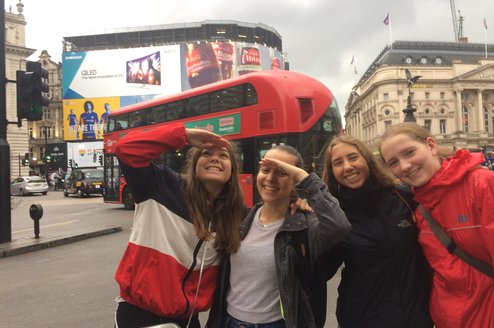 Save to Wishlist
2
3
Learn & Experience 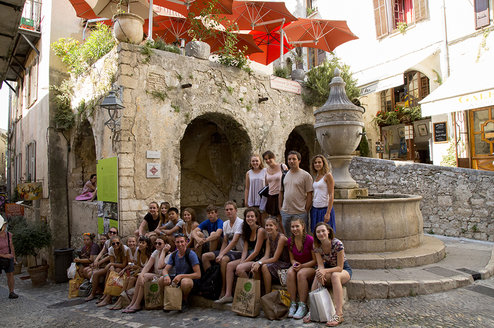 Save to Wishlist
3
1
Abbey Road Programs

Explore the beautiful French Riviera with Abbey Road in our Summer... 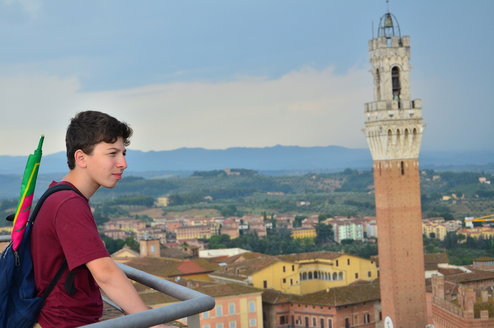 Save to Wishlist
Abbey Road Programs

Western Civilization is a unique summer educational journey in time... 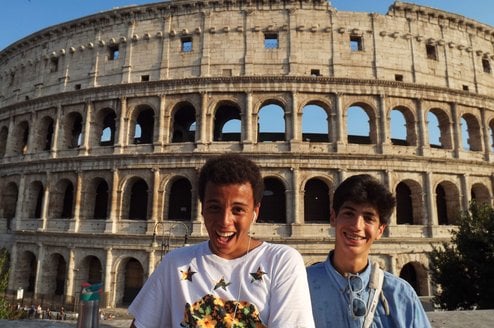 Save to Wishlist
Travel For Teens

We know that younger teens have different needs than older travelers... 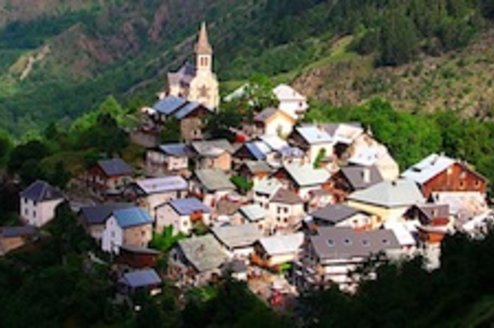 Save to Wishlist
3
Global Works

Immerse yourself in the French language and culture via our France... 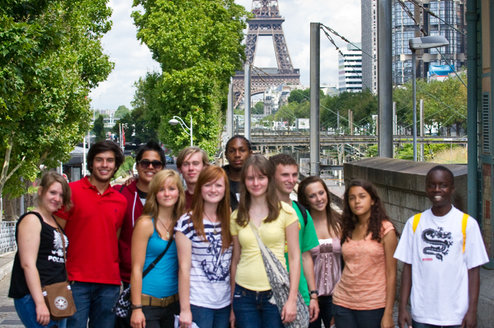 Save to Wishlist
1
3
The Experiment in International Living

Start your journey with an immersive introduction to French history... 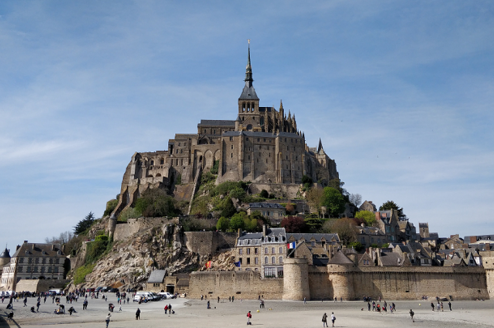 Save to Wishlist
1
Abbey Road Programs

Every day will be an opportunity for historical exploration and... 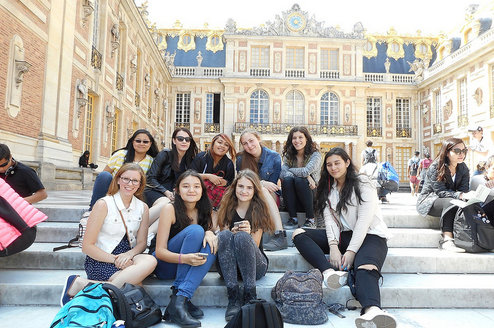 Save to Wishlist
Greenheart Travel

Spend a trimester, semester or year studying abroad in France as a... 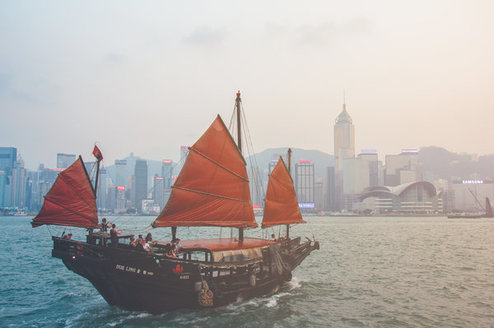 Save to Wishlist
3
MEI International Academy

Imagine walking onto the live trading floor of the New York Stock... 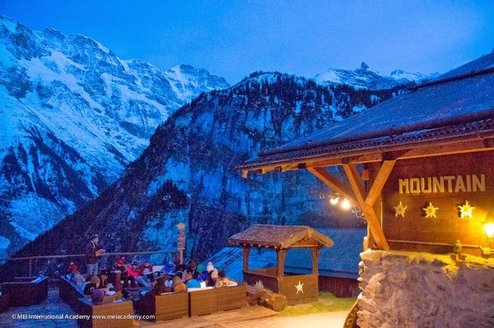 Save to Wishlist
3
MEI International Academy

REAL education is not passively absorbing information and... 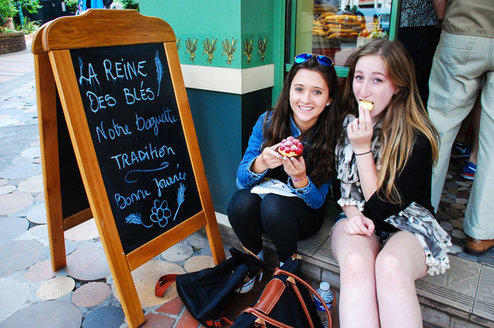 Save to Wishlist
Travel For Teens

There is no better way to learn a language than to fully immerse...

This previous summer I experienced the most life changing summer of my life. Within 35 days I learned more than I had the whole year prior. MEI's international program opened my eyes to the world of...

This past summer I got to travel through Europe. We started in Florence where we explored magnificent art museums and got a feel for the Italian city life. Next we hopped on the train to Monterosso...

My experience traveling with TFT was nothing but extraordinary. In the summer of 2017 I set off, by myself for the first time, to travel abroad in Europe. Not only did Travel for Teens place me in a... 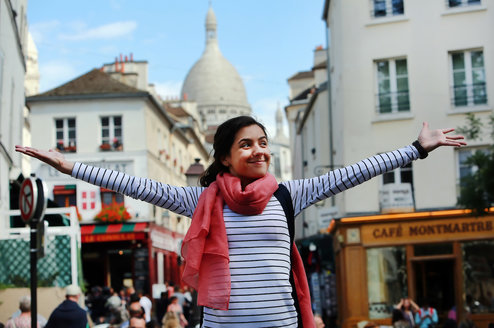 12 High School Abroad Scholarships to Apply for in 2020 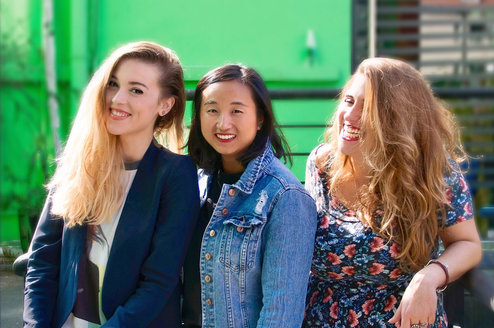 How to Ace Your Study Abroad Application 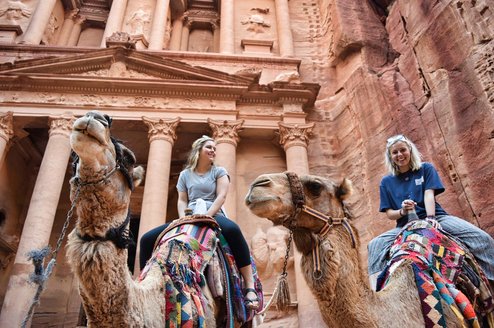