With bustling, modern cities and pristine national parks, Chile is home to a variety of thriving industries. Whether its finance, digital media, or environmental science, there is no shortage of opportunities for students looking to hone their professional skills in one of Latin America’s most prosperous and stable nations.

Chile was the second Latin American country after Mexico to join the Organization for Economic Co-Operation and Development (OECD) in 2010. As the country prepares for the future, there is not better time to gain hands-on experience and live abroad in a country so ripe with opportunity.

For decades, Chile has been one of South America’s most stable economies. Even during the 2009 global recession and 2010 earthquake that devastated the country, Chile has sustained progress, and along with Peru, these "Latin Tigers" have expanded their economies drastically in the past few years. Most of Chile’s wealth comes from copper mining, but the country has big plans to expand its other industries. Below are some of the most popular fields for interns looking to roll up their sleeves in this Andean nation:

Environment: Chile’s biodiversity is world-renowned. Where else can you find scorching deserts, ancient glacier fjords, and over 30 active volcanoes within the same country? Whether it’s sustainable tourism or wildlife conservation, interns can find themselves in one of Chile’s dozens of national parks, 9 of which are UNESCO biosphere reserves. With deforestation and pollution urgent issues in Chile, interns can learn about sustainable practices, and how to conserve the country’s natural resources. Many internships are available through non-profit organizations or tourism companies dedicated to promoting sustainable practices and environmental awareness.

A burgeoning entrepreneurial scene coupled with established multinationals makes Chile one of the best places in South America for students seeking in-the-field business experience. Interns can gain deep insight into Latin American foreign trade relations, as they work on anything from market research to marketing projects.

Most business internships are found through placement companies that arrange and tailor internships for their participants.

Information Technology (IT): Chile is dead-set on becoming the Silicon Valley of Latin America. Many US software companies are already expanding their workforce in Santiago, and a growing start-up environment is gaining speed in the capital. Students can find internships in software development for a variety of multinational or local companies. These opportunities are best found through companies that arrange internships abroad.

Social Development: Despite its booming economy, social inequality remains high in Chile. In fact, it’s one of the most unequal countries within the OECD, according to reports by the UN. There are many non-governmental organizations and charities dedicated to improving access to healthcare, educational development, and promoting indigenous rights. Interns interested in the non-profit world can get involved in development and fundraising, or marketing and outreach campaigns for Chile’s local and international organizations.

Media and Communications: With one of the most engaged social media populations in the world, Chile’s online community has grown rapidly in the past few years. Students can find an array of new media and online marketing internships in the capital with corporations or traditional news publications. Along with digital media, traditional reporting and editorial internships are available year-round with several of Santiago’s English-language publications.

Many media internships can be arranged independently, but applying through a placement company can offer more support while in Chile. Whether you want to hone your radio skills or get the inside scoop at an environmental magazine, there are many options for aspiring media-mavens.

Chile is one of the world’s longest countries; and distances between its 15 regions can be vast. Students have the best luck finding internships in the Santiago Metropolitan area, where over two-thirds of the country’s 17 million people reside. With modern conveniences and vibrant nightlife, Santiago is an excellent city in which to live abroad.

If the environment and wildlife is your passion, then heading south to Patagonia is a must. Home of the world-renowned Torres del Paine National Park and some of the most untouched wilderness on the planet, Patagonia is the ultimate place to learn about eco-conservation and natural science.

The best time to find environmental internships is during the South American summer, roughly December through February, when the climate is the most mild. Many national parks close during the winter from mid-May through August.

Internships in Santiago and other cities are available year-round.

Visas for Interning in Chile:

Unpaid internships only require a tourist card, or, “tarjeta de turismo,” which is automatically issued upon entering the country, and must be presented again at immigration when leaving. Valid for 90 days, this tourist card can be renewed once in Chile. However, due to high levels of bureaucracy, most people just make a quick border hop over to Argentina and back to restart their 90-day tourist card.

Paid work (including paid internships) requires a Temporary Visa, or “Visa Temporaría”, which is valid for up to 1 year, and can be applied for after entering Chile on a tourist card. For more details, future interns should consulate their local Chilean consulate in their home country.

Cost of Living in Chile:

While cheaper than North America or Europe, Chile remains one of Latin America’s most expensive countries. The capital city Santiago is the most expensive, where interns should expect to budget between USD $700- $1,000 a month, in order to cover rent, food, and public transportation.

Chileans are very warm and hospitable people, and foreigners will most-likely find themselves welcomed throughout the country. While Chileans are usually forgiving of foreigners who don’t follow Chilean social customs and cues, here’s how to instantly adapt:

Work and Labor Laws in Chile:

As with most unpaid internships abroad, interns are not subject to national labor laws that protect and govern local employees. If you’re looking for a paid internship in Chile, you will need a "Visa Sujeto a Contracto" or "Visa Temporaría". 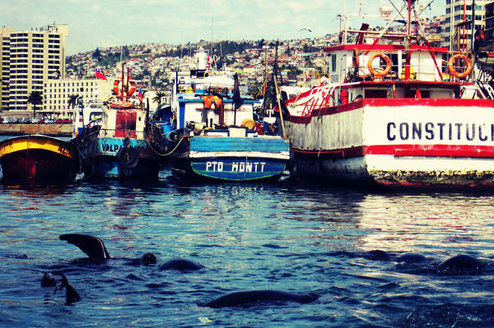 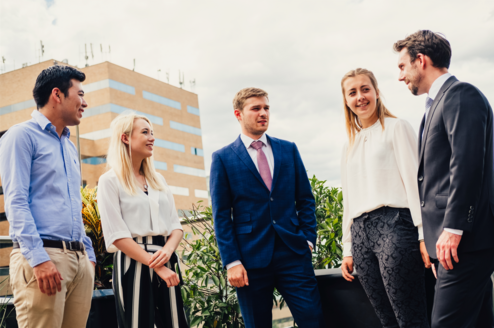 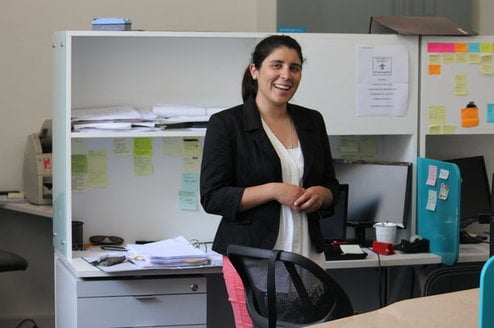 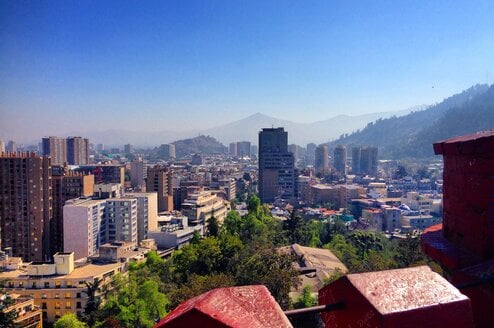 International Internships in Chile with The Intern Group 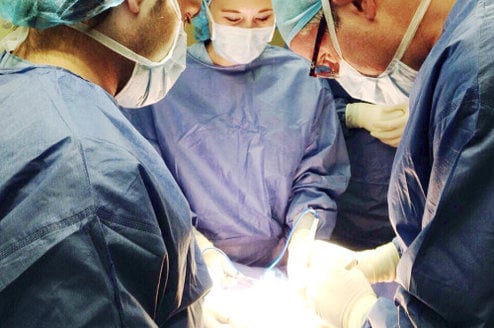 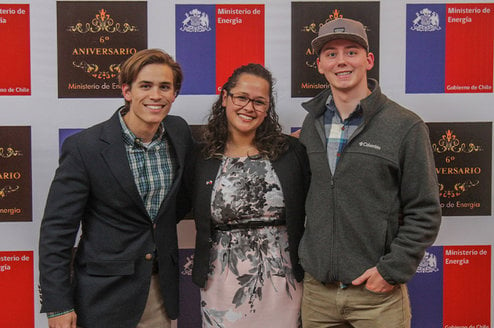 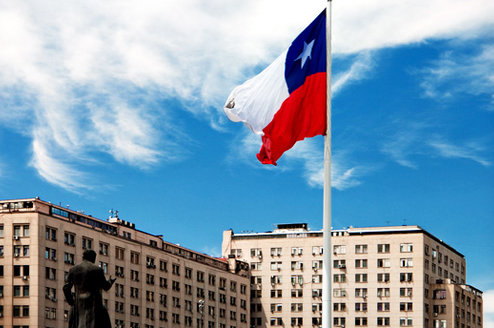 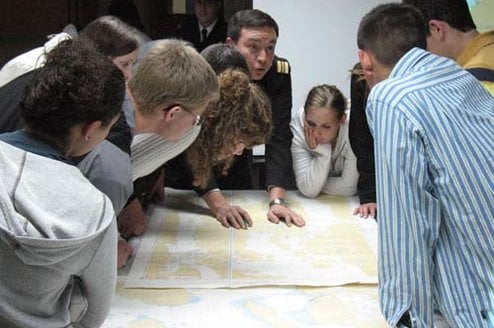 Chile
Gain professional work experience in one of South America’s most...
View Program 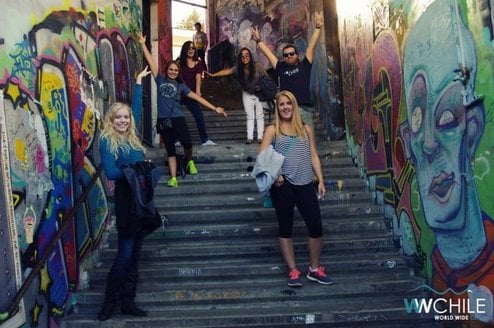 Work as an Intern in Santiago, Chile 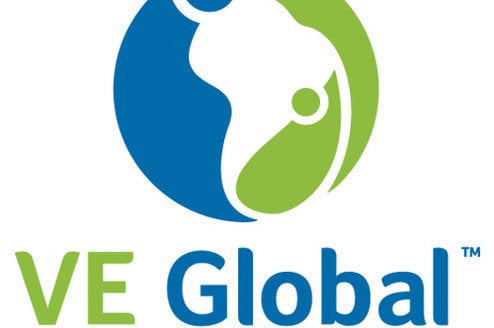 Work as an International NGO Intern with VE Global

9/10
Interning abroad with Adelante was the experience of a lifetime. I interned as a mechanical engineering student at a creative coworking lab called Makerspace where I got to collaborate on innovative...
Continue reading review 

9/10
ISAGroup were extremely helpful in finding my Finance internship in Sao Paulo to validate my university degree for ESAM Lyon. The internship was in a hospitality company and they too were great in...
Continue reading review 