Exposure to all that the African continent holds, is potentially life changing. The lessons and experiences on offer are unlike any on earth and African Impact hopes to bring you a taste of this through our longer-term internship programs. Spend your gap year in Africa being mentored by industry professionals and building your resume. The aim of these longer-term internships is to help you develop new skills, gain valuable work experience and give something back to the communities and programs that you come across.

If you want to get some great work experience, meet some awesome volunteers and see a beautiful city, then I'd definitely recommend the social media and marketing internship in Cape Town!

What does the internship involve?

After the first few days you'll get involved in everything! You'll help to:
- Design social media posts and marketing materials in Photoshop (Don't worry if you know nothing about Photoshop, you'll become a pro in no time!)
- Research themes/events that you can post about on Facebook, Twitter and Instagram
- Contact past/present volunteers and project managers to write blogs about some of the cool things they're up to
- Learn about Google analytics and SEO to promote the website and SM posts better
- Visit projects to see how our Cape Town volunteers help local communities

When you first get there Natalie (the marketing manager) will ask you what you want to get out of the internship and she'll really go the extra mile to make you feel like part of the team and get you involved in as many things as possible :)

Where will you be staying?

During your 3 months in Cape Town you'll be staying in the Volunteer House with volunteers from the childcare and veterinary projects. The house can get quite busy (with between 5 and 25 volunteers) but this makes it a lot of fun! During the week you can also get involved in the Tuesday pub quiz and the Thursday night social event, as well as watching movies and having BBQs! At the weekends the project managers are happy to organise lots of activities, like sky diving, safaris, shark cage diving, surfing, sand boarding, wine tasting...anything you want to get involved in! Cape Town really is an amazing place with beaches, mountains, shopping, restaurants etc so there's always loads to do :-)

Top tip!
- Check the weather in Cape Town before you go. It can get pretty windy there so bring some warm clothes!

What would you improve about this program?
During my internship a few volunteers did some tours (like the Cape to Addo Garden Route) and they sounded amazing! I wish I knew about these before my internship so I could have stayed an extra week to squeeze them in!
Did you find this review helpful?
Vote up! 0
Vote down! 0

It was certainly a lot more epic that I thought it would be. The marketing and social media internship is certainly not your typical internship. I did not make a single cup of coffee during, I did no filing and I only learned how to use the photocopier on my very last day. I was perhaps a very poor intern. I think that the internship that I did with African Impact reflects well on African Impact and it’s core values. Nothing that African Impact does is typical or mundane. Its work transcends the ordinary and dances with the giants of awesomeness. So it is perhaps fitting that my intern experience with them reflects this.

I was from my very first day given challenging tasks to complete that allowed me to revaluate what I thought I was capable of. I was at all times encouraged to suggest new and innovative ways of telling the African Impact story. Whilst with African Impact I was given the chance to thoroughly explore and develop my creative side, I suspect that this involved a good deal of indulgence and patience on their end but it has opened up a whole new world of opportunities for me. I learned a new set of skills that will undoubtedly help me on whatever path I choose for my future.

Aside from personal development that one should expect from any internship programme; African Impact gave me all the knowledge and advice that I needed to create my own adventures. The people that work for African Impact are all fiercely proud of their home city (Cape Town) and will stop at nothing to make sure that you experience absolutely everything that it has to offer. I cannot think of better tour guides. I was given insider information, on which mountains to climb, which breaks to surf, where to eat, where to drink, what to see and what to avoid. I can honestly say that some of my exploits in Cape Town will remain with me for the rest of my life. Even if the internship programme were crap, which it was not, the opportunity to spend three months exploring Cape Town would have been worthwhile in itself.

So how do I end this review? I suppose pretty much how I began; it was epic and thoroughly succeeded my expectations. People often ask whether or not I would recommend the programme to a friend or not. I don’t like this question because I have weird friends, some of them are afraid of wind and might not like Cape Town. If, however, you want to have an awesome experience, learn new skills and explore one of the most beautiful cities in the world then I would thoroughly recommend the Social Media and Marketing internship that I did.

This internship is one of the best things I've ever done. After my degree I couldn't decide whether to start looking for work or to take a gap year and travel, so this was the best of both worlds. Cape Town is amazing - my new favourite city! When I first arrived everyone told me that I wouldn't want to leave and they were so right. There's so much to see and do. Beaches, mountains, shopping, bars, museums, sports, vineyards... The list goes on. Shark-cage diving was a particular highlight.

Working in the African Impact office was great. The Marketing and Social Media Managers are both lovely and I learnt a lot from them. You get to take on a fair amount of responsibility in this role as well so it was a great opportunity to develop practical knowledge/skills. When I eventually came home and started applying for jobs every interviewer just wanted to ask about the internship! It really stands out on a CV.

I'd recommend an internship with African Impact in a heartbeat. A return visit to Cape Town has also been added to my bucket list.

What would you improve about this program?
The intern/volunteer accommodation changed 2 weeks before the end of my internship which was a little inconvenient, however the house I moved to was amazing so can't complain!
Did you find this review helpful?
Vote up! 0
Vote down! 0

Program
Internships in Africa with African Impact
Jack Raffan is 23 years old and grew up in the UK. He currently lives on a Chimpanzee Reserve in Northern Zambia. He enjoys: cooking, kayaking and being outside in general and wants to be a fireman when he grows up.

Why did you decide to intern with African Impact in South Africa? 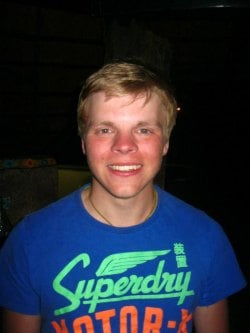 Jack: A combination of admiration and boredom I suppose.

I had previously travelled in Africa and was fortunate enough to know a little bit about African Impact and what it stood for. I really like what African Impact does, the people it works with and long-term benefits of its programs.

So on the one hand I wanted to be a part of that. On the other hand I finished university and really had no idea what I wanted to do with my life. I did a history degree, which does lend itself to gainful employment.

I was desperate to get back to Africa so I sent them African Impact an email and they offered me an internship.

I really had nothing holding me in the UK and the astronauts weren’t hiring so I booked a flight and left. Best idea I ever had.

Describe your day-to-day activities as a Social Media and Marketing intern with African Impact.

Jack: The African Impact Marketing department is crazy busy so every day there was a million things to do. I did a lot of sitting down and thinking. Sometimes I would stand up and think.

A large part of my role at African Impact was to generate content for their social media platform. Normally I would get given instructions like: "can you construct a post to promote this project." African Impact has a LOT of projects so I rarely worked on the same one twice.

I would then spend some time researching the project that was to be the center of my attention that day. I would try to find some way to show off that project in a way that I found interesting and would enjoy doing.

If I wasn’t generating content I was trawling the Internet for inspiration. Creative ideas rarely occur naturally, oftentimes you have to go looking for them; so I spent a lot of time reading travel blogs to get new ideas for things to write for African Impact. I had a huge folder on my desktop that is full of ideas that might help promote one project or another.

I also spent an outrageous amount of time flirting with the other intern.

Jack: It’s been massive for me.

I learned a whole new set of skills and capabilities that I never thought I had. I think marketing really agrees with me, and I think it is something that I would like to do long term.

I started my internship with no idea what I wanted to do with the rest of my life and post internship I have an idea of what I would like to do, so I guess that’s progress. 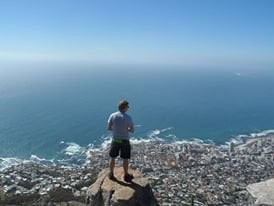 Jack: I think it has to be surfing with the sharks near Muizenburg (which is on the outskirts of Cape Town). I was having an epic day’s surfing and generally chilling out like the surf god that I am when the shark siren goes off.

This means that there is a shark in the water near swimmers/surfers and that we all must swim for our lives. I had prior to this experience been fairly nonchalant about sharks in South Africa.

I was leisurely paddling back to shore when 5 meters to my left I spotted a shark fin. It is amazing how motivating the prospect of death by shark really is.

Despite the fear I definitely count this as one of the best experiences I have ever had.

What do you miss most about South Africa?

Beaches, Mountains, Wind (where I am at now is HOT so I am really missing Cape Towns cool breeze).

African Impact pioneered responsible volunteer abroad travel in Africa back in 2004 and have since grown into the largest provider of volunteer projects on the continent. Proudly African, we work hand-in-hand with local communities to establish, develop and monitor initiatives that contribute to community empowerment and wildlife conservation. Our...

END_OF_DOCUMENT_TOKEN_TO_BE_REPLACED 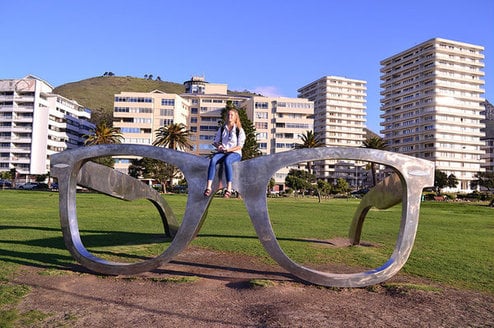 Stand out in today’s competitive job market by participating in a... 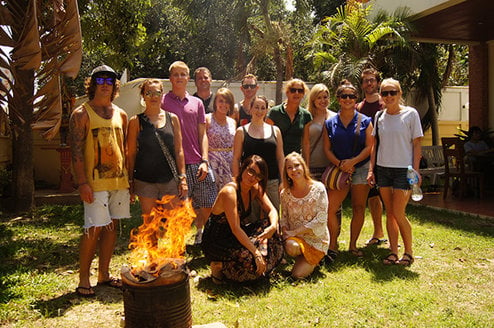 An amazing opportunity to get paid to teach and travel in... 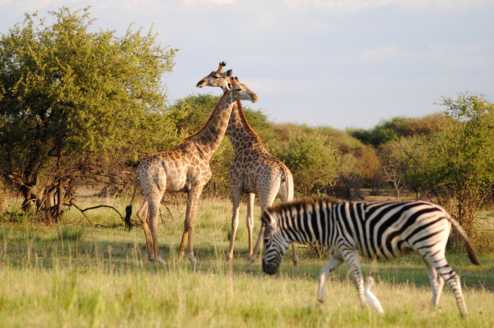