Malaysia is one of the world’s most exotic destinations for teaching English abroad. With its tropical climate, pulsing modernity, mouth-watering food, and fascinating heritage, Malaysia is sure to offer you a wonderful teach abroad experience.

As the 3rd largest economy in Southeast Asia, Malaysia is perched on the cusp of progress, and English teachers are in high demand. The Malaysian government ran a scheme where maths and science were taught using English, but because of excessive demand, the scheme had to be phased out a few years later. Instead, there will now be more of a focus on separate English language classes.

What this means for you is that now is an excellent time to seek work in Malaysia as the government is keen on hiring English language teachers! There are many Malaysians who can teach English, however, so the market is competitive. Demand for English teachers is also not as high as in Japan, Korea, and China. But as long as you can sell your international experience and go the extra mile, you will find that the opportunities are there.

In most teaching establishments, your work schedule will be around 30-35 hours per week. Below are further details on different types of teaching jobs:

The International House is a popular chain of language schools in Malaysia. Applications are accepted all year round, and more information can be found at each of their websites.

Colleges and universities are surprisingly not the top payers. The education system is highly centralized, with the main focus being on standardized examinations. Local authorities have very little input into curriculum design, and you will primarily be responsible for conversational classes. A trained graduate teacher in Malaysia receives around $1,200 per month. However, teaching hours in government schools are short. If you land a job at a university, you will be expected to spend at least six hours per day on campus.

Private English tutors are common in Malaysia, although most students are already able to learn English through their schools. Information on the market rate for tuition fees is difficult to find but is likely not as high as that of private language schools. The perks of being a private tutor, however, is that this can be your part-time job!

Most English teaching jobs are located in and around Malaysia’s capital, Kuala Lumpur. Kuala Lumpur is Malaysia’s cultural, economic, and education center. Its soaring skyscrapers will provide a stunning backdrop for your teach abroad experience, and Kuala Lumpur’s centrality to Malaysia’s economy and society means that opportunities will always abound.

Other major cities include Johor Bahru and Malacca. You will find that outside of Kuala Lumpur, opportunities and salaries decline. However, opportunities are certainly still available as English education is prized all over the country.

It is unlikely that you will be able to secure a job before you arrive in Malaysia. Some schools advertise online, but most Malaysian employers will want to put you through a full interview and consider you carefully before hiring you. What you can do is to start compiling a list of schools, language centers, and colleges that you can call after arriving. Check the newspapers everyday for job listings, in particular The Star and look on job search sites such as Job Street and the Go Overseas teaching job board. Job advertising is done all year round. Most schools are open to phone and walk-in inquiries as well – dress smartly and bring several copies of your resume! It should take about one month for you to find a job. Fortunately, the cost of living in Malaysia is low, so you should be able to pull through.

Job requirements in Malaysia indicate that you need a bachelor's degree, a recognized TESOL qualification, and at least 2 years of teaching experience. Because of the competitiveness of the market, it would be highly advantageous if you have more experience under your belt and/or a post-graduate degree in either TESOL or linguistics. Generally, immigration will not welcome applications from teachers under 25 years of age or over the age of 50 (unless they are already working in Malaysia). Additionally, if you have spent time in Israel or are an Israeli citizen, it is unlikely that you will be able to find a job.

The monthly average of what a foreign teacher can expect to earn in this country is between $1,000 to $2,300. Thankfully, Malaysia has a low cost of living and this amount will be sufficient to lead a comfortable life. As with any other country, living the local lifestyle will give you more bang for your buck while helping to reduce unnecessary costs. For example, eating out at popular local hawker stalls will cost only $2.50 (and the food is better!) and $80 per month for groceries at a local grocery store is sufficient.

Transportation and utilities are also cheap, with a daily pass on city buses at just $0.70 and utility expenses at around $50 per month. A one-bedroom apartment in the city center of Kuala Lumpur can range from $280 to $700 per month. While the cost of living in Kuala Lumpur is relatively high compared to surrounding towns and cities, you will find that it is still lower than in the U.S.

One major perk of working in Malaysia is that many schools offer free or subsidized accommodation. Expect to share an apartment with one or two fellow teachers if accommodation is free. After completing a probationary period, some schools also offer a housing allowance for those who prefer to stay alone.

Completion of the probationary period (usually three months) also entitles the teacher to around 18 days of paid holiday per year, in addition to the 17 days of public holiday per year. Some schools also reimburse air fares (up to $1,000) to the teacher’s country of origin upon completion of a one year contract. Be sure to fully understand all the additional benefits you are entitled to before accepting any offer!

Teaching English in Malaysia will likely involve teaching both foreign students as well as Malaysian locals. Most centers also have computer labs and modern facilities. However, teaching in Malaysia will be vastly different from what you are used to. Along with adjusting to a new culture, teachers have to adapt to a new work environment in Malaysia. With Malaysia being a multiracial and multicultural country, expect to find a diverse racial mix of students within the classroom.

The different cultural backgrounds of the three main ethnic groups – the Malays, Chinese, and Indians – will constantly challenge you. Apart from having to figure out how to relate to each of these different cultures, be sure not to toe the boundaries of racism and offend any religions or cultures.

Malays are the indigenous race in Malaysia and in turn, Islam is the dominant religion. As such, do not panic if you turn up to class on Friday only to find all your Malay students missing: Friday is the Muslim holy day when Muslims attend congregational prayers at the mosque. Friday lunch hour starts at 11:30 am to 2:30 pm to allow Muslims time to attend prayers, and most schools have accommodations in place for this.

Malay women choose between wearing western-style clothes, or the traditional Malay costume. It is the individual’s choice as to whether she wishes to wear a scarf or veil over her head. Do note that Malay culture is relatively conservative, so always dress appropriately (read: no revealing tops or bottoms!) and professionally. Modesty is a considerably higher value in Malaysia than in much of the U.S.A.

If you are fond of patting your student on the head or shoulder as a form of encouragement, think again! In Malaysia, it is considered rude to touch another person. In particular, the head is believed to be a spiritually vulnerable part which if handled carelessly, may injure. Also, ever point with one finger because this is considered extremely rude.

Deliberate touching, such as handshaking, is acceptable – although you may experience more of a brief touch on the hand than a handshake. Among more conservative people, men don’t shake hands with women. Instead, they bow to each other. The safest thing to do is to always be wary and observant of those around you. By noticing what the safest norm is, you can be culturally sensitive and avoid any awkward situations. 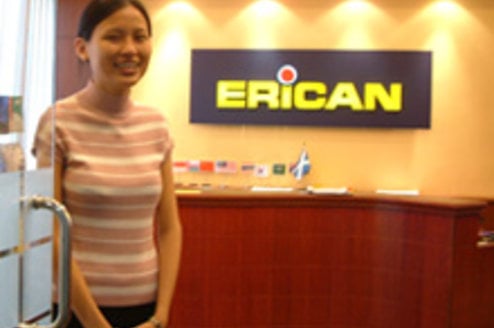 1 review
Save to Wishlist
Erican

Erican is a premier brand in language education and training with more... 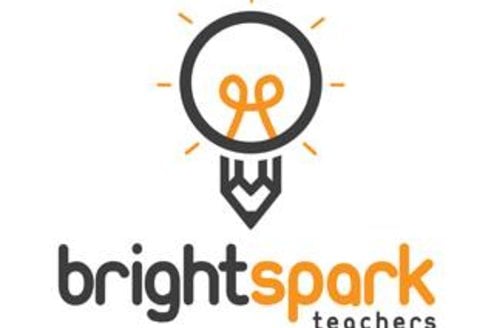 Save to Wishlist
BrightSpark Teachers

Teaching Opportunities in Malaysia with BrightSpark 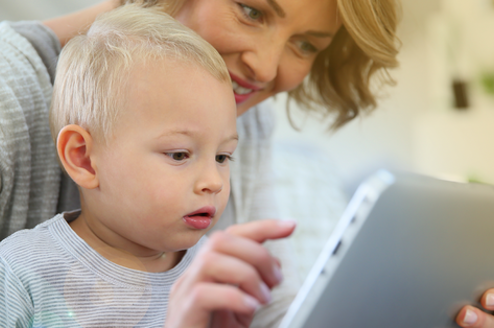 Are you managing an English academy, nursery, daycare or preschool in... 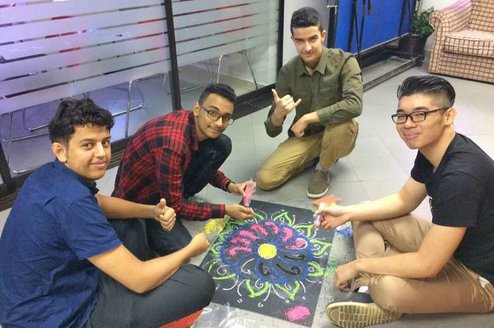 Save to Wishlist
ELS Language Centres

ELS Language Centres Malaysia was established in 1990, it has since... 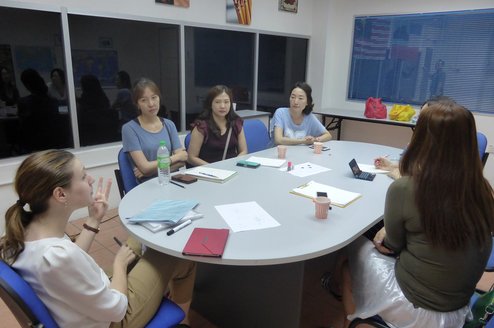 Save to Wishlist
Global English Centre 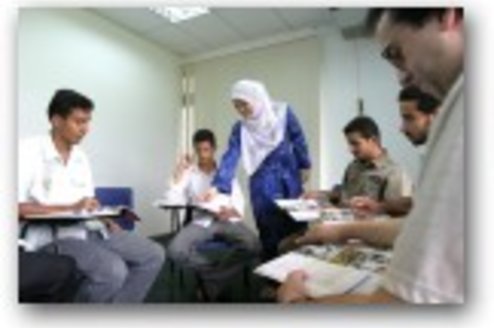 Save to Wishlist
IMEC-Country Heights Education

As a facilitator and student-centered coach, the teacher's primary... 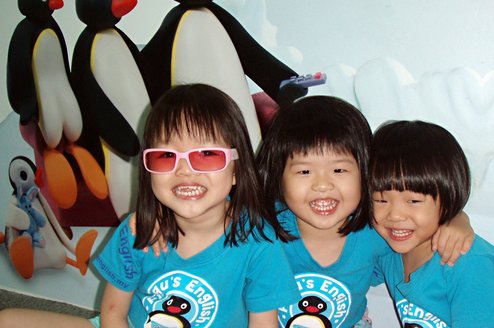 Save to Wishlist
Pingu's English

Pingu's English, located in Kuala Lumpur, is an effective and one-of-a... 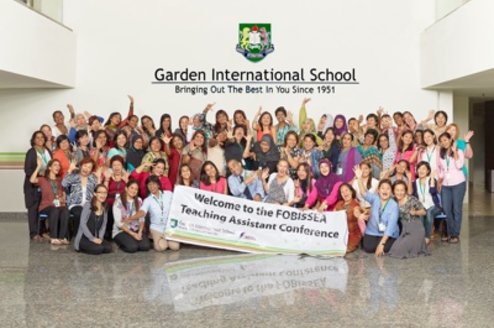 Save to Wishlist
Garden International School 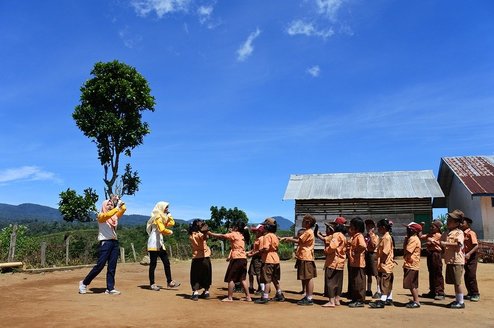 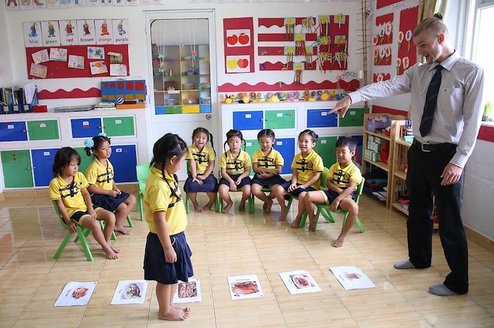 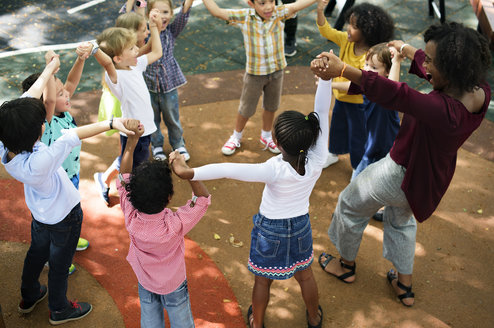 How to Get a Teaching Job Abroad 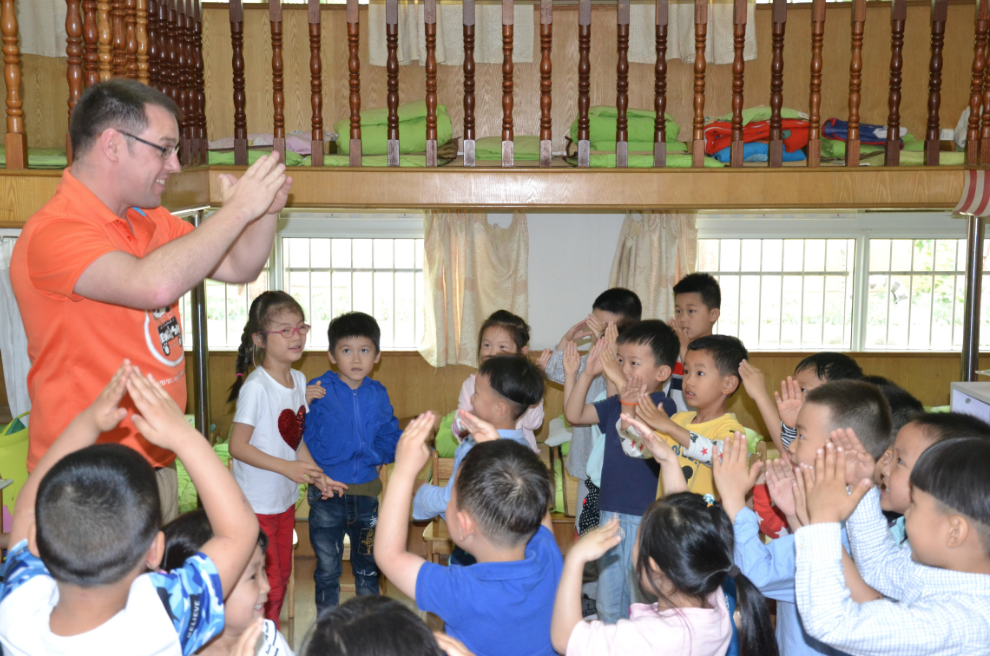 Why Should You Get TEFL Certified? 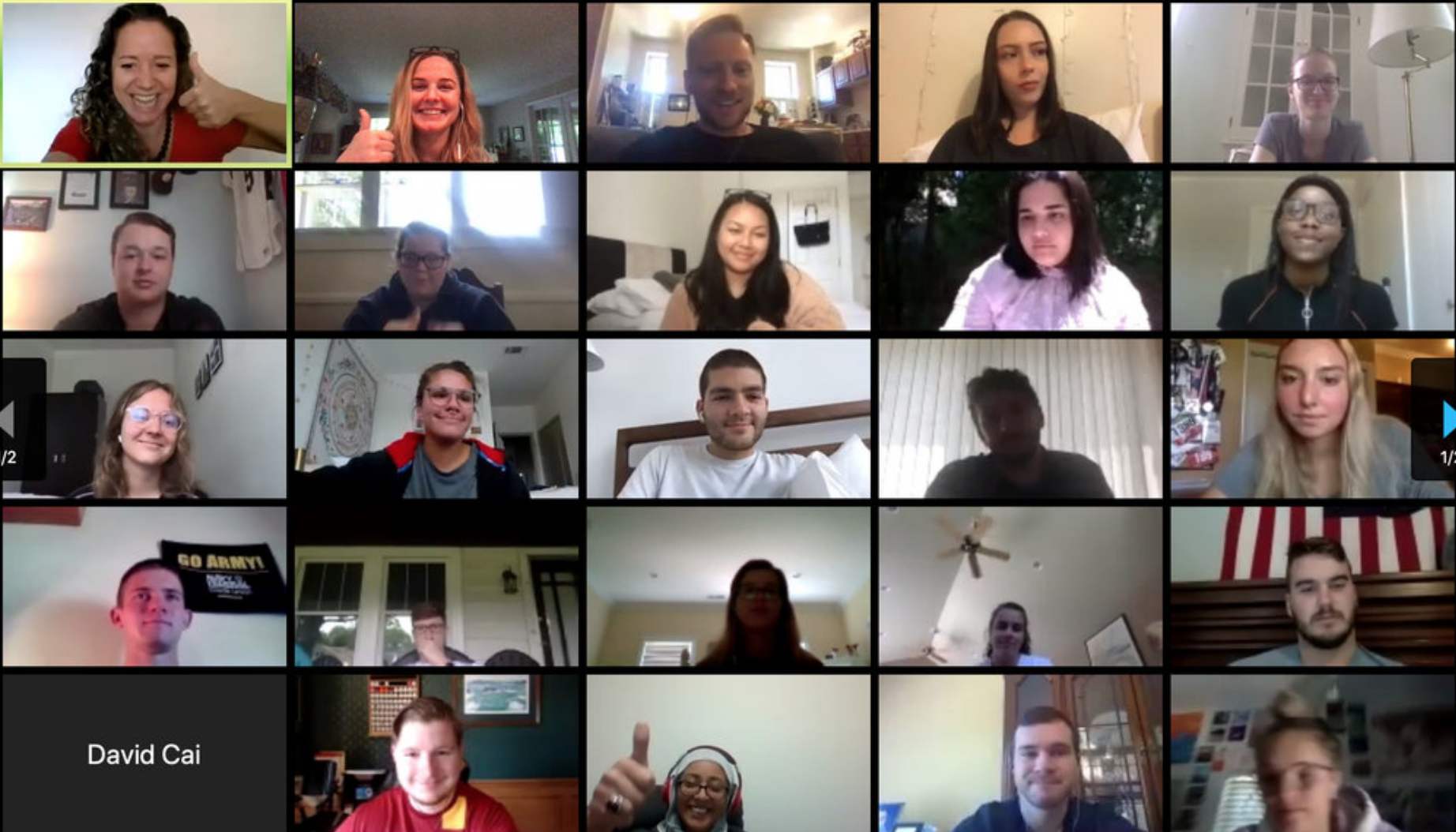 How to Keep Students Engaged when Teaching ESL Online 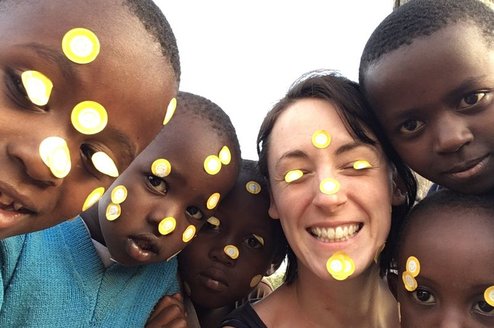