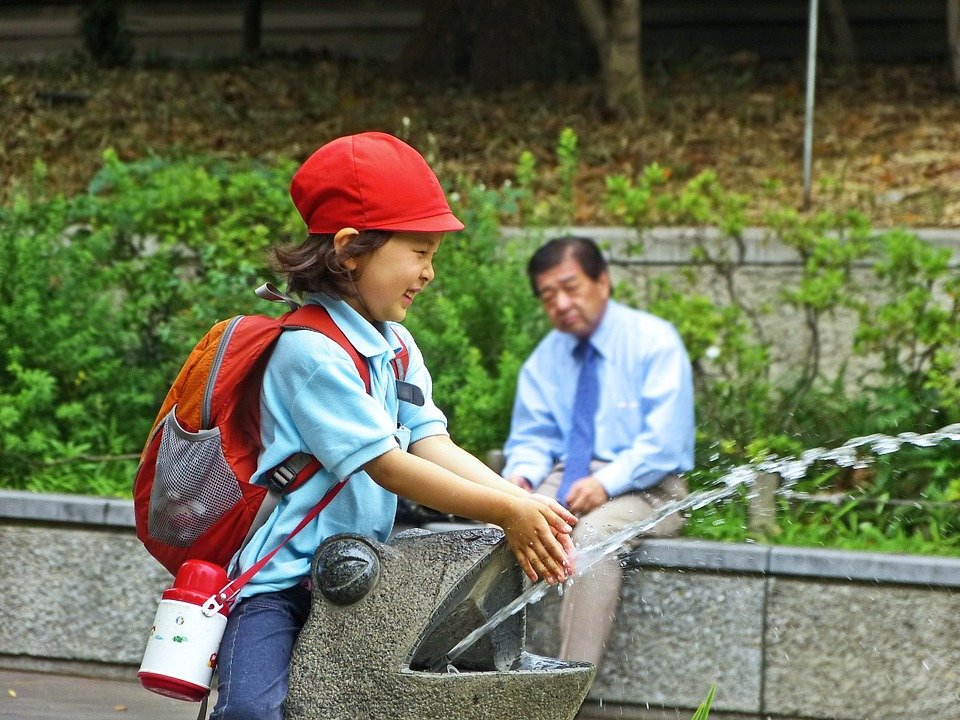 You're plotting your next move and Japan is one of the countries you're considering for an adventure in teaching English abroad. Perhaps your contract is already signed and it's a matter of packing those bags and preparing for your new life. Either way, you're probably wondering what to expect when it comes to work, life, and everything in between.

You may be embarking on a journey to one of the most sought-after destinations for English educators, but moving to any foreign country, with a different language and culture, can be as terrifying as it is exciting. To help you acclimatize to your new home, here are a few things that are good to know before teaching in Japan. It's by no means an exhaustive list -- just a short guide to help you hit the ground running. You might find this article on adjusting to life in Japan useful too.

...And be overcome. A lot of things that are normal in Japanese society will probably be quite different to what you're used to, and this might lead to feelings of frustration. Communication is one of the areas in which the differences may be most noticeable -- and it's not just because of the dominance of the Japanese language.

The idea of "honne" and "tatemae" is important to communication in Japan: the former being what someone really thinks, the latter being what is expressed in public. The two are not always the same, and this can take some getting used to. A lot of what is said in Japan is indirect and aimed at avoiding social disharmony or conflict; being aware of this can make for smoother interactions.

You may also encounter differences in values and expectations in various aspects of life, including family and gender roles. Making the effort to learn about Japan's complex history, and spending time with both locals and other expats, while keeping a strong connection to home, are some of the best ways to prevent -- and alleviate -- culture shock. You can find other tips on overcoming culture shock on Go Overseas too. 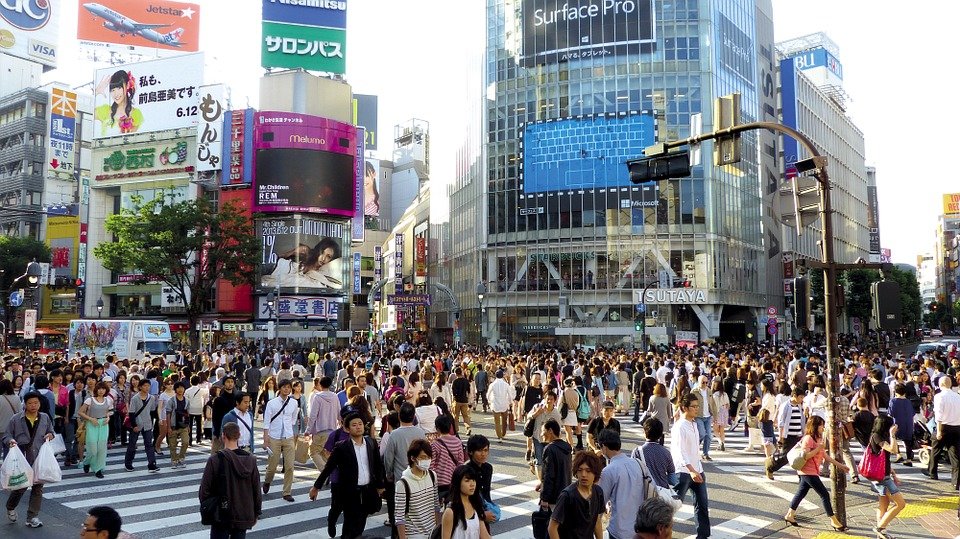 Despite what pop culture may tell you, robots are not an everyday sight in Japan (and neither are life-size Pikachus). While robots do exist, they are few and far between, featuring at select cellular stores, tourist centers and so on. It's best to leave behind the idea that Japan is the pinnacle of futuristic technology; while you'll find mind-blowing trains, toilet seats and other feats of engineering, you're also likely to face an abundance of almost-antique fax machines, outdated home heating systems and ATMs with closing hours.

This is one of the many dualities or contradictions that characterize Japanese society; another is the coexistence of modernity and tradition, perhaps best encapsulated in the juxtaposition of Tokyo's skyscrapers with centuries-old shrines and temples. A further example might be the nation's love of all things cute, animal-shaped sweets and souvenirs included, while the welfare of actual animals often receives less regard than would be optimal.

While you will almost always be able to find a person who speaks English to help you, learning Japanese will make your life a lot easier, even in big cities like Tokyo and Osaka. Being able to read the syllabaries of hiragana and katakana, together with even a handful of kanji, will open up a whole new world -- and it's not as hard as it may seem.

Adding basic conversation skills to the mix will help you to meet people and make friends, as well as make getting around and getting through everyday tasks a lot simpler. You don't need to be perfect -- most Japanese people understand all too well how tricky learning another language can be. It's the effort that is appreciated.

There is a huge range of resources out there for learning Japanese -- including free and budget options, both online and in person.

The Region is Safe to Explore 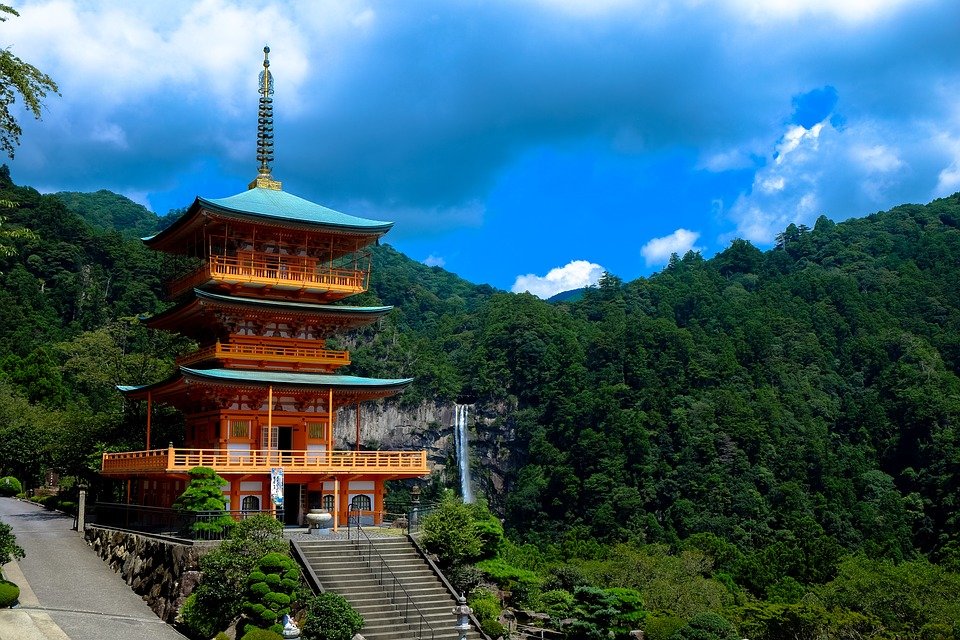 Sometimes people get a little nervous about Japan's relations with other Asian countries, like North Korea. However, most English teachers in Japan -- and South Korea, for that matter -- will assure you that there isn't much to worry about on the ground. While the possibility of conflict should never be downplayed, threats often sound worse than they are, and the Japanese and US defense forces keep a close eye on things at all times, offering some peace of mind.

Japan is the Gateway to Asia

Make sure you have plenty of open pages in your passport because you'll probably be doing a whole lot of traveling while you're teaching English in Japan. During vacation periods, you'll have the opportunity to explore domestically and visit many other countries; Japan is a hop, skip and a jump from popular destinations like China, South Korea, Thailand, Vietnam, Cambodia, and Laos.

With good planning, trips to these and other parts of Asia can be made without needing a whole lot of time or money at your disposal. It's also possible to find opportunities for volunteering across the region.

Tokyo is Hosting the 2020 Olympics

This makes the capital city -- and entire country -- an even more exciting place to be. Whether you choose to work in Tokyo or another part of Japan, the next few years will offer English teachers the chance to be part of something historic. And, as part of the preparations, job opportunities are likely to increase.

Japan will also be hosting the Rugby World Cup in 2019, another major highlight on the global sporting calendar. In short, in the next few years, there are some great global cultural experiences you can experience in Japan. 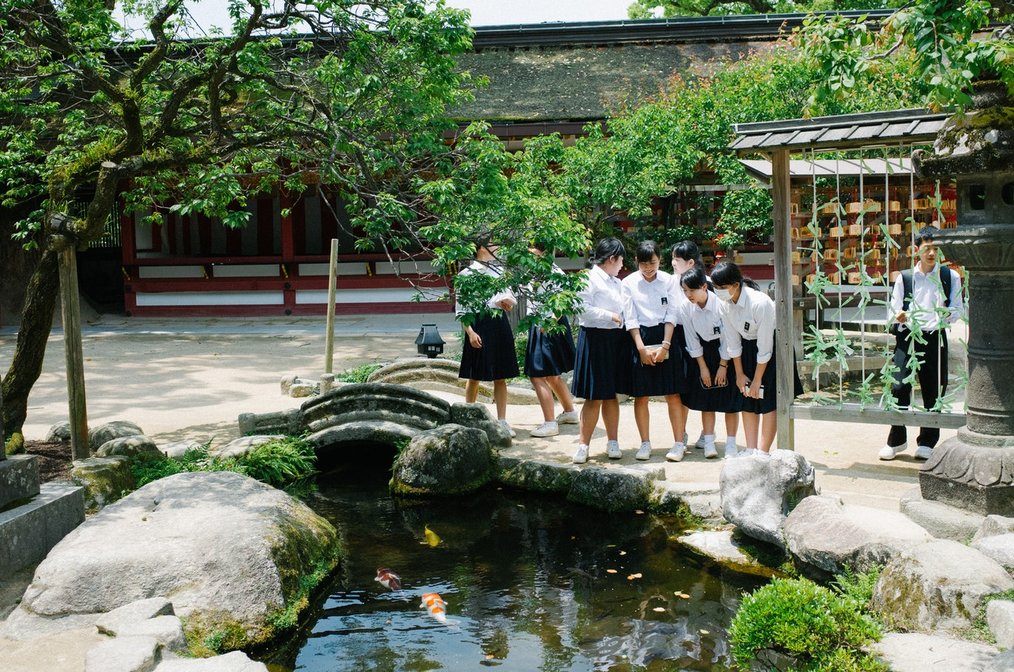 While students all around the world are just that -- students -- the ones in Japan are, for the most part, a pleasure to teach. They're generally cooperative and often enthusiastic -- and yes, the younger ones do clean their schools after class (though perhaps not always as thoroughly as the clips that do the rounds on social media suggest; they are kids, after all).

Making your lessons as engaging and fun as possible is a recipe for success; so, too, is working closely with other teachers to understand the dynamics and challenges of any particular group of learners.

Qualifications Matter for Getting a Teaching Job

A TEFL certificate from a reputable training institute is the bare minimum you need to find teaching work in Japan; having a CELTA or DELTA qualification boosts your chances of securing well-remunerated positions.

While it does depend on the type and place of work, an undergraduate degree (or equivalent) is generally required as your base qualification. University and college posts typically ask for a Master's degree or, for senior positions, a PhD.

Related: How to Get a Teaching Job in Japan & What are the Qualifications for Teaching in Japan?

You Don't Need to Fret about Fukushima

The massive earthquake that devastated Japan's north-eastern region and led to a crisis at the Fukushima Daiichi nuclear power plant in 2011 left many people with concerns about radiation in the environment.

Thanks to clean-up and rebuilding efforts, though, the region has made huge strides towards recovery, and life goes on as normal -- even in Fukushima, the prefecture that hosts the disabled power plant. As long as you stay away from the exclusion zones (which are still in place), it's not dangerous to go there.

Hopefully, this list of inside advice will help you to settle into your new life teaching English in Japan. The only other thing to keep in mind is that it's important to keep an open mind -- this will increase the likelihood of having the wonderful experience that Japan can offer.

Teach English in Japan with AEON