Hyderabad, the City of Pearls, or Cyberabad (as it’s known now due to the large number of IT companies), is the capital of Andhra Pradesh in Southern India. Actually, Hyderabad and Secunderabad are twin cities, but their rapid growth has morphed them into one big metropolis.

Hyderabad’s Cyberabad side is the one creating jobs left and right; as such, wealth abounds quite well in this city. Hyderabad’s Hyderbad side is the one with the history and quaint charm. Home to the old city, the old Muslim quarter houses palaces, mosques, homes and tombs that are sure to catch your attention.

Though much of Hyderabad’s population is Muslim, the city harmoniously factors in both Hindu and Islamic traditions while also catering to Buddhism with a rather large Buddha monolithic statue. You’ll find that the Hyderabadis (Hyderabad people) are quite friendly, and the city offers a lot to see with little trouble.

From lakes to churches to Mosques to temples to the New City to the Old City, Hyderabad offers a very large amalgamation of things to do and see. Take your pick! You won’t be disappointed by anything you choose, and because you’re studying abroad for a couple months, you’ll have plenty of time to see it all!

Before we begin, I want to ensure my readers know that the New City and Old city are absolutely fantastic places to visit. There are many, many, many things to do and see here. As such, I’m only going to offer 1 thing I believe is the best to visit, or else you’d be reading this guide for a while.

Considered one of the seven wonders of India by NDTV (New Delhi Television Limited), it is one of the oldest mosques in the city and boasts the title as the biggest. Beginning building in 1617, the granite giant finished construction by 1694. With dimensions of 75 (high) by 220 (wide) by 180 (long), the mosque is able to hold 10,000 worshippers at one time. Muhammed Quli, the instigator of Mecca Masjid, had the bricks of the central arch to be made from soil brought from Mecca, hence the name. A note for women, a shawl or dupatta is mandatory for entry.

This one is a great one for students and is an absolute beauty. Open from 10am to noon and then 2pm-8pm, the industrial side of the Birla family builds many stunning marble temples throughout India. This one is considered one of the best. It is located at the top of Naubat Pahad, and so offers a great view of the city. Unfortunately, taking photos is banned, and your bag will be checked in at the entrance. In addition, shoes are not allowed, so it might be a good idea to go early or late or else your feet will burn. And yes students, this one is free.

An artificial lake and a historical landmark, the lake forms the border between Hyderabad and Secunderabad. If you enjoy walking, this lake is one of the few places to do it, as you don’t have to worry about the rather unpredictable driving that plagues the streets in most other streets. Eat Street and Lumbini Park offer boat rides to the center of the lake where the Buddha monolith stands.

Also known as Bagh-e-aam (garden for Indians) and as the oldest park in Hyderabad (built in 1846), Public Gardens offers a plethora of things to see: the Andhra Pradesh Legislative Assembly building, the Jubilee Hall, Jawahar Bal Bhavan and the state Archaeology Museum, which art lovers will adore (obligatory museum visit doesn’t get its own bullet point this time).

Though you won't have as much trouble with money here in Hyderabad as most places, saving money here and there is always a good idea. Here are a few scholarships.

Hyderabad is extremely affordable. Its currency, the Rupee, comes in at about 1.6 cents (for 1 rupee) in US dollars, so if money is an issue (which, as students I assume it is) this city is one to go to (besides its amazing attractions and Old City/New City dichotomy). The Bazaars are great places to go to for souvenirs, food and general shopping. ATMs can be found all over Hyderabad, but it is advisable to draw money inside the banks for safety reasons.

India is a very far place away from America. As a result, you’re sure to experience and wholly different culture of people activities. However, that also means that it will probably contrast strongly from the way you usually live. So, be sure to pick a problem that caters to American students, so that you can be well informed of the cultural differences and avoid making a faux pas.

However, remember that you have your fellow students! If you’re missing the long hours of studying and the obnoxiously loud people back in the US, well, then you’re weird. On a more serious note, talk to your fellow peers! If you’re experiencing some homesickness, there is every chance that they are as well. Don’t be embarrassed if you need to talk to someone about home, it is completely normal and who knows, you may become even closer friends!

Because English is fairly common here, you should not have too much an issue getting around on its bus system (run by the APSRTC) since signs are in English as well. The people are extremely friendly as well, so if you’re unsure of your destination, be sure to ask around. The bus conductor should be more than happy to help out as well.

Autorickshaws are another form of transportation, but often (pretty much always) exact higher than normal fares from its passengers. Locals and non-locals alike have this issue, as the drivers are extremely uncooperative. If you decide on a lower fare, the driver will take you to a Pearl Shop where you simply need to stay for 10 minutes. However, the sales people are extremely persuasive, so if you want to avoid this, pay the higher fare.

Affordable, cultured, charming, quaint and modern, the City of Pearls offers a great deal for students, so get a move on already! 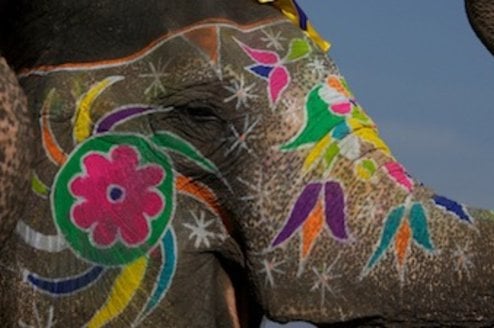 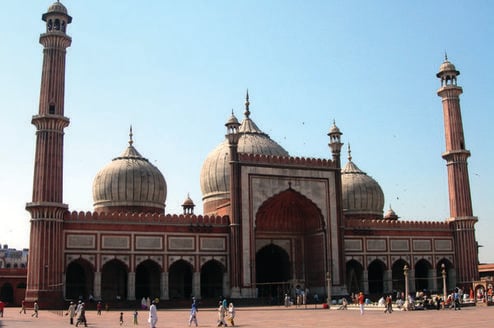 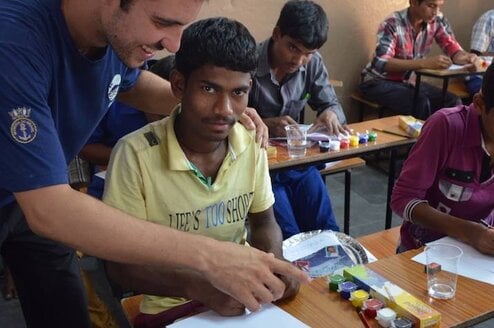 India
4.50 •2 reviews
Through our Young Changemakers Program in India your students will...
View Program 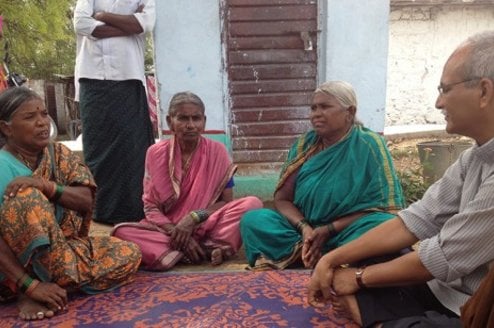 India
When you make the decision to participate in 2017’s revised Advanced...
View Program

Other Study Abroad Programs in India

Not enough options in Hyderabad? Check out these other programs in India! 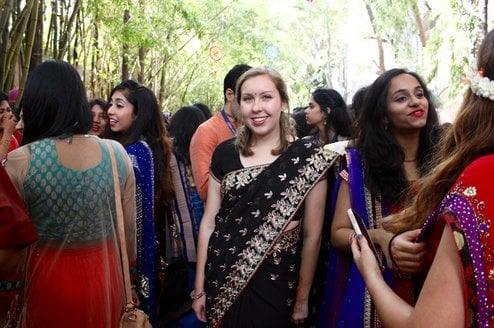 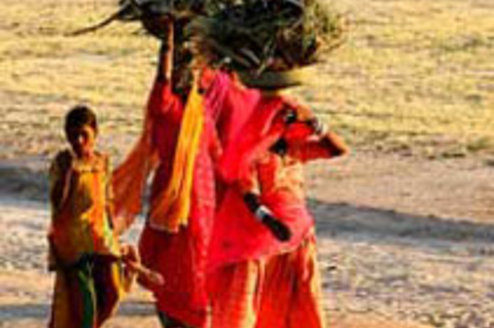 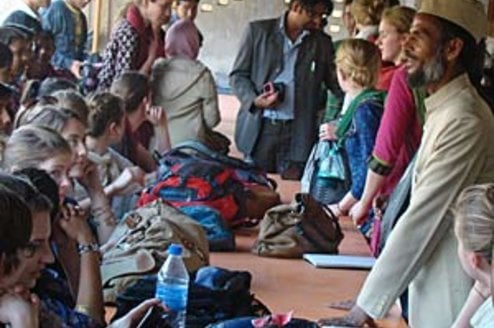 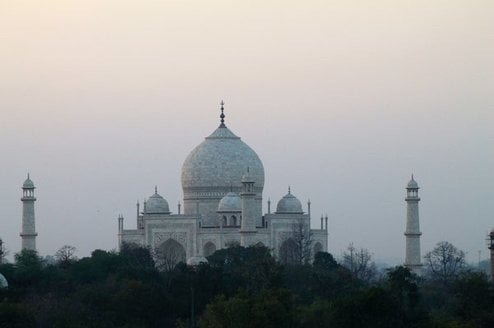 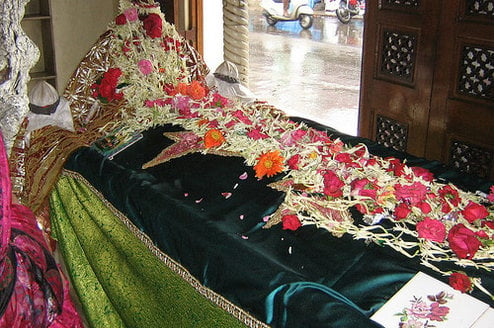 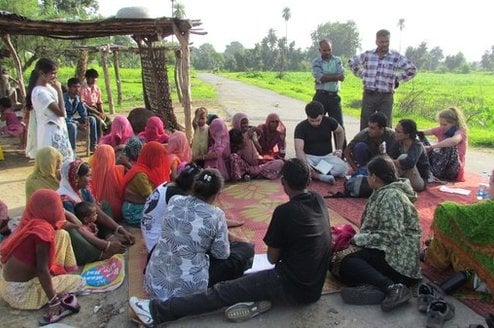 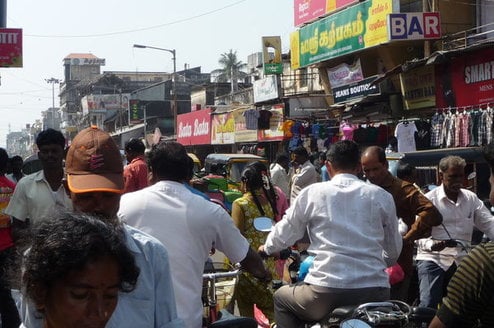