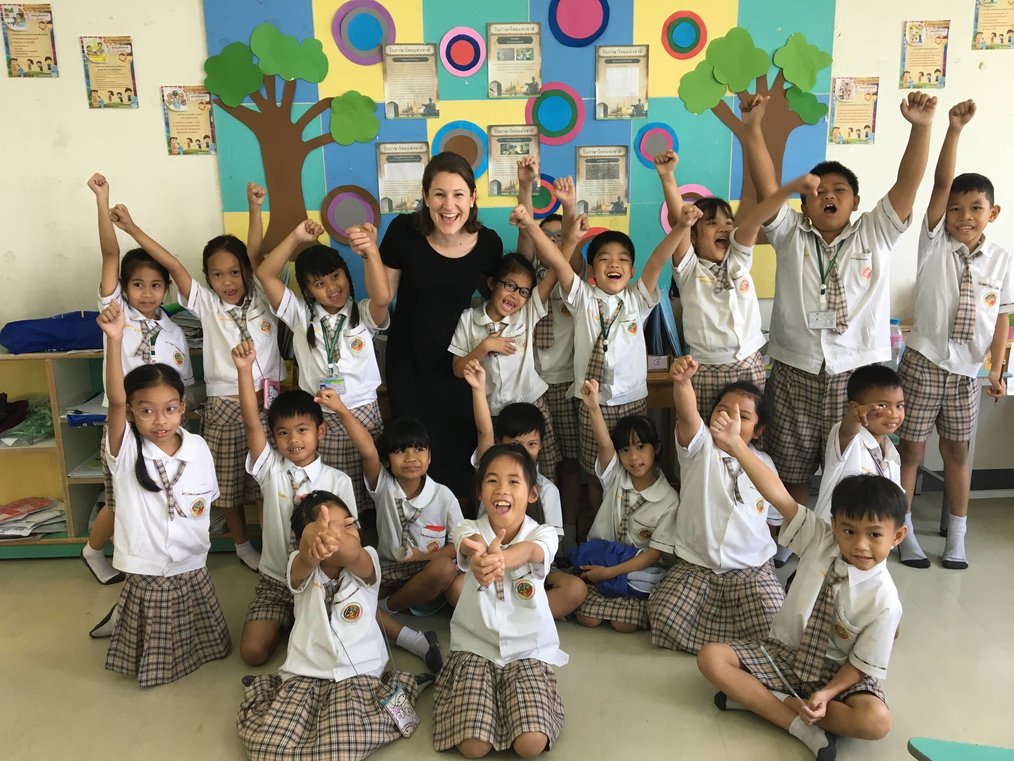 For many people, it can be very frustrating to look at the requirements for English teaching jobs abroad and find that most organizations will only hire native English speakers. In fact, most providers and schools want potential teachers to not only be native English speakers but to come from a specific list of English speaking countries, namely, the United States, UK, Australia, New Zealand, South Africa, and Canada.

This list very noticeably excludes countries such as India and the Philippines, among many others, where English is spoken widely and often considered an official language. Not to mention, it of course also excludes anyone who has learned English over the years even though it is not their first language.

While some of these requirements are set by individual providers, most English-language hiring requirements come directly from the country itself. Nations such as Vietnam and Indonesia are perfect examples of countries with such requirements. But while it may be harder to find potential jobs as a non-native English speaker, don’t fret because there are options! 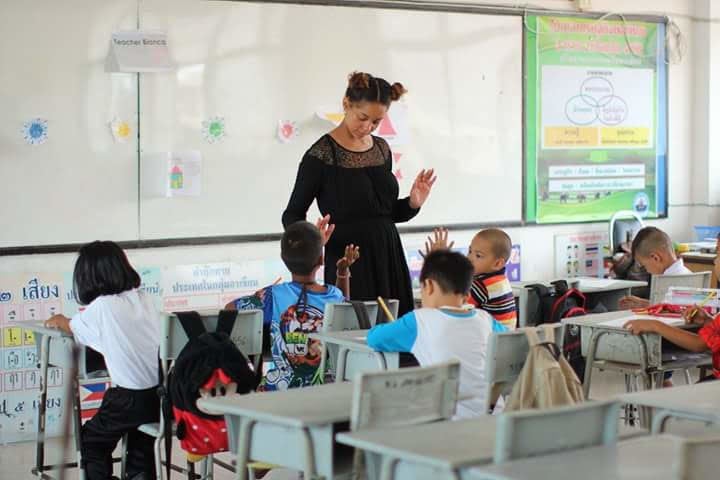 It often can seem unfair (and potentially even discriminatory) that many countries only want first language speakers to teach English. The reason for these hiring requirements is often an effort to recruit highly qualified teachers who are guaranteed to be fluent in English. But this of course overlooks the thousands and thousands of teachers from all over the world who are fluent in English, experienced in the classroom, and overall highly qualified to teach anywhere.

But rather than focusing your attention on getting a new passport or convincing the education departments of these countries that you’re an excellent teacher, you’d be wise to direct your efforts into applying for jobs in countries where non-native speakers are welcomed and celebrated. So before you throw in the towel on your job search, take a look at these 8 locations where non-native speakers can teach English abroad.

Where Can I Teach Abroad as a Non-Native English Speaker? 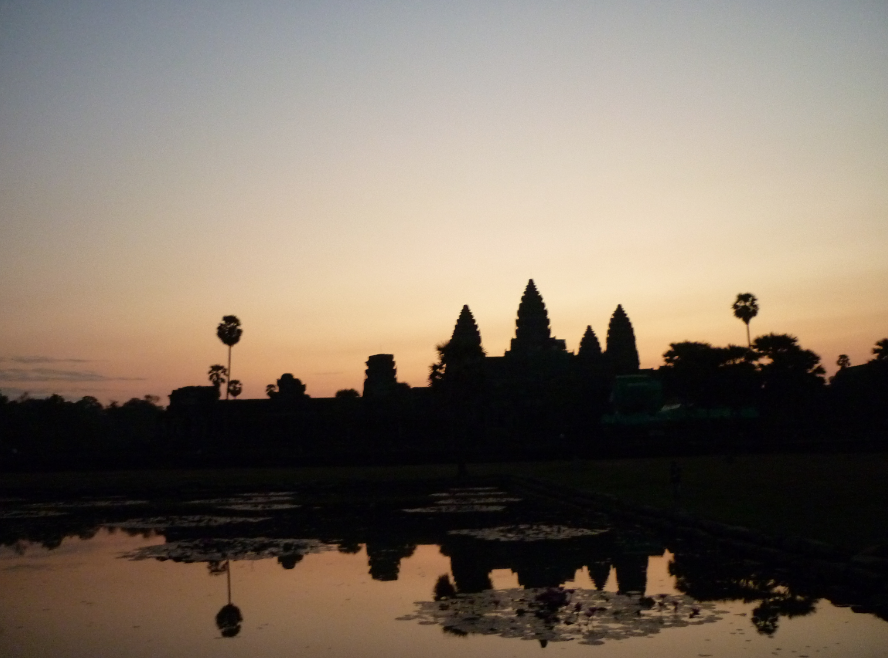 Out of all the countries in Southeast Asia, Cambodia is the easiest place to find a job teaching English. Cambodia's requirements are much less strict than its neighbors. The government does not require a TEFL, four-year college degree, or proof of native-speaker residence to find a job. However, since you're not a native speaker, a degree and a TEFL will definitely help you land a position.

Unfortunately, since Cambodia has lower barriers to entry than its neighbors Thailand and Vietnam, Cambodian teaching salaries are also lower. Even so, the cost of living isn't very high in Cambodia and you should be able to support yourself with your Cambodian teaching salary, with a little leftover to travel around SE Asia during your vacation time.

Look at jobs and our guide to teaching in Cambodia.

Teach in Cambodia with Teach Away 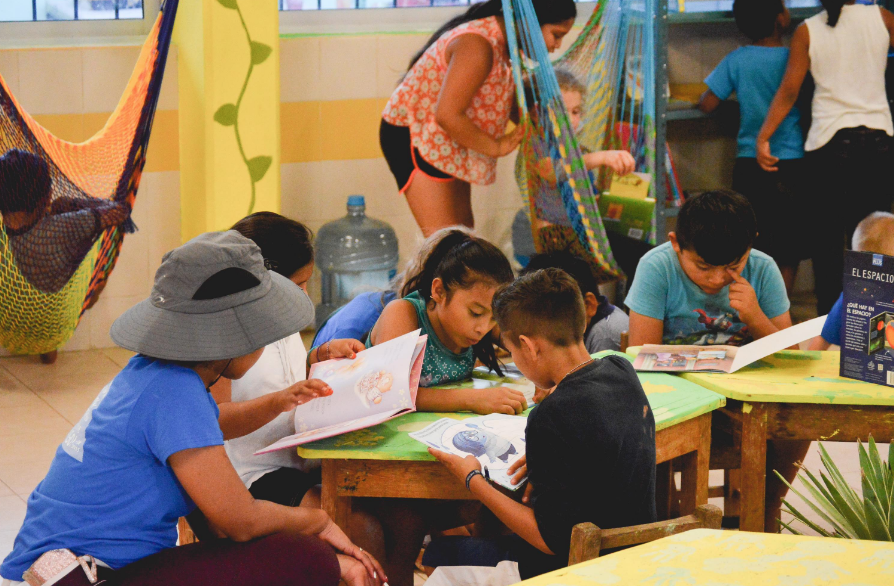 Latin America is one region where generally speaking, citizenship from a native English speaking country is not as much of a factor in determining whether you can get hired to teach English. Argentina, Brazil, Chile, Colombia, Costa Rica, Ecuador, Mexico, Panama, and Peru are some of the best places to start.

However, you will need a TESOL, TEFL, or CELTA certificate to teach just about anywhere in Latin America. Many employers will accept an online TEFL Certificate, but the best option is generally an in-country, in-person certification course that includes job search assistance.

Look at jobs and our guide to teaching in Central America and South America.

Get Paid to Teach English in Ecuador with a TEFL Certification 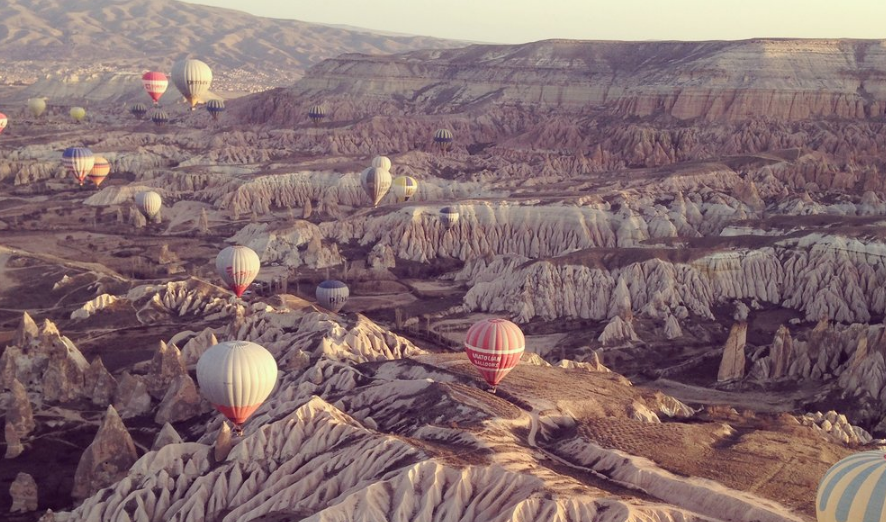 If you have a four-year degree, teaching abroad in Turkey is an option for many nationalities. EU citizens will have the easiest time working in Turkey, however, teachers from non-member European nations can apply as well.

Finally, Turkey may also accept teachers from Central and South America. If you're a non-native speaker from outside the EU, it's best to have some sort of teaching experience or participate in a Skype call to convince schools to hire you.

Look at jobs and our guide to teaching in Turkey.

Get Paid to Teach English in Turkey with a TEFL Certification

Teach with Oxford as Academy in Turkey!

Earn Your TEFL Certificate with Via Lingua in Istanbul, Turkey 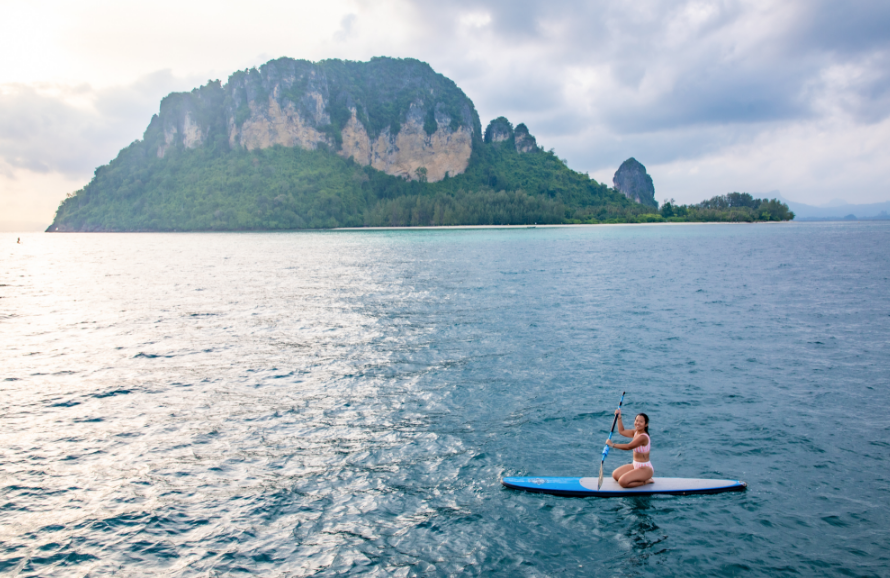 Thailand is one of the best places to teach abroad as a non-native speaker. As long as you possess an OEIC score of 600+ or an IELTS score of 5+ and a four-year college degree, you are eligible. (If these acronyms seem like alphabet soup, check out our guide to language fluency tests around the world.)

The pay in Thailand may not be as high as South Korea, Vietnam, and the Gulf countries, but the cost of living is very low, especially in the North. Spend your spare time laying on the beach, hiking waterfalls, or gorging on pad thai.

Look at jobs and our guide to teaching in Thailand. 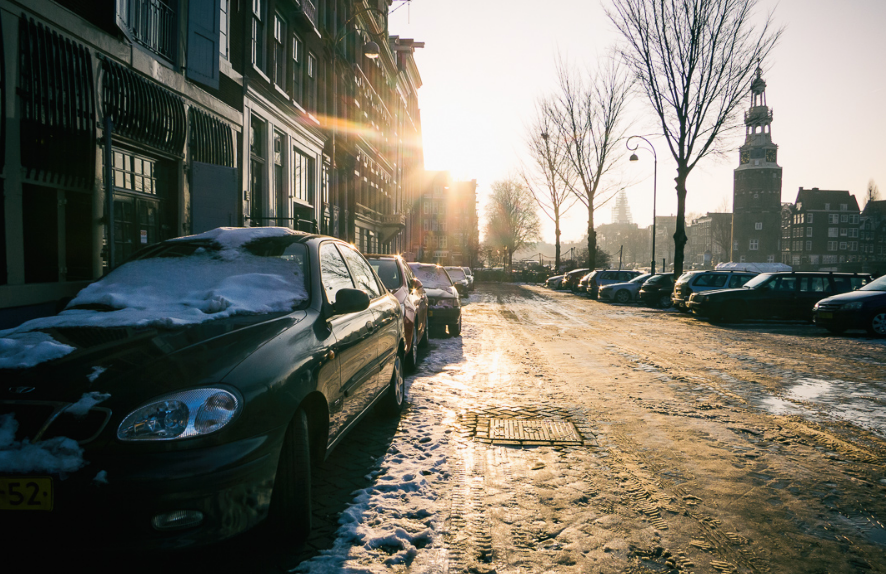 For teachers who are a member of the EU, you may be able to find a job teaching an another EU country. This is because schools won't need to worry about visas. Most EU citizens can work legally in other EU nations, provided they possess excellent English skills.

If you're from the EU you may also be able to get a job in non-member countries in Eastern Europe, the former Soviet republics, and the UK.

Look at jobs and our guide to teaching in Europe.

Teach English in Spain with My TEFL Experience 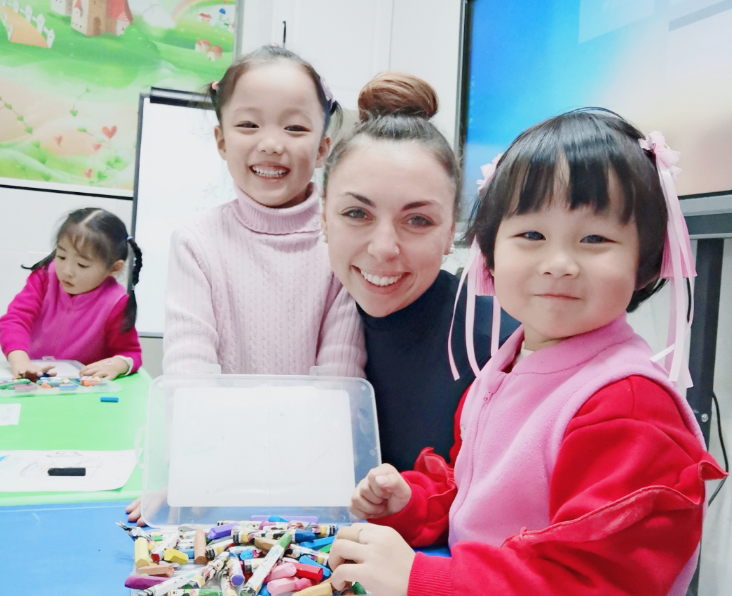 The rules around who can legally teach in China seem to change regularly, but as it stands, non-native English speakers can find jobs here. In fact, the ESL market in China is booming, and there are too few qualified teachers to fill positions. Because of this, many schools will hire non-native speakers and host you on a business visa. You can also find part-time jobs as a student, or teach for a few months on a tourist visa. These work arounds are used when applicants can't legally qualify for a work visa.

The bad news about being a non-native English teacher in China is that there still is a stigma. You might find that your employer lies to your students' parents about you being a native speaker so that they can charge more for your classes. You also may find that it's easier to find a job if you have a more Westernized accent. This hierarchy of teacher nationalities is certainly not ideal, but if you've always dreamed of living in China then the option exists to turn it into a reality!

Look at jobs and our guide to teaching in China.

Teach in Hong Kong with Teach Away 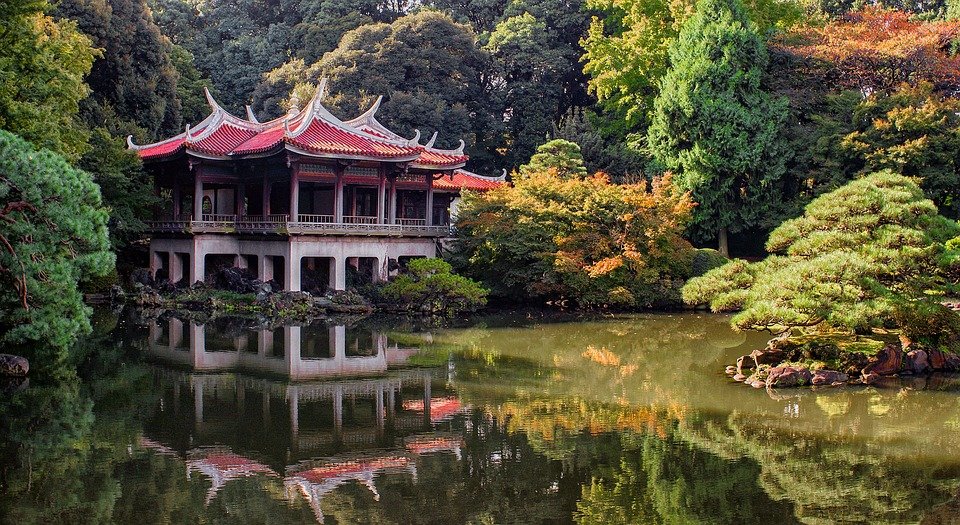 Last but not least: Japan! It is possible to get a job in Japan as a non-native speaker, but it's not easy.

If you can prove you've received twelve consecutive years of English-only education, and you have a four-year college degree (in English), you may be eligible for a job in Japan. This is great for those who have grown up attending international schools and possibly received their degree abroad in the US, Canada, or UK.

Look at jobs and our guide to teaching in Japan.

Teach in Japan with Teach Away 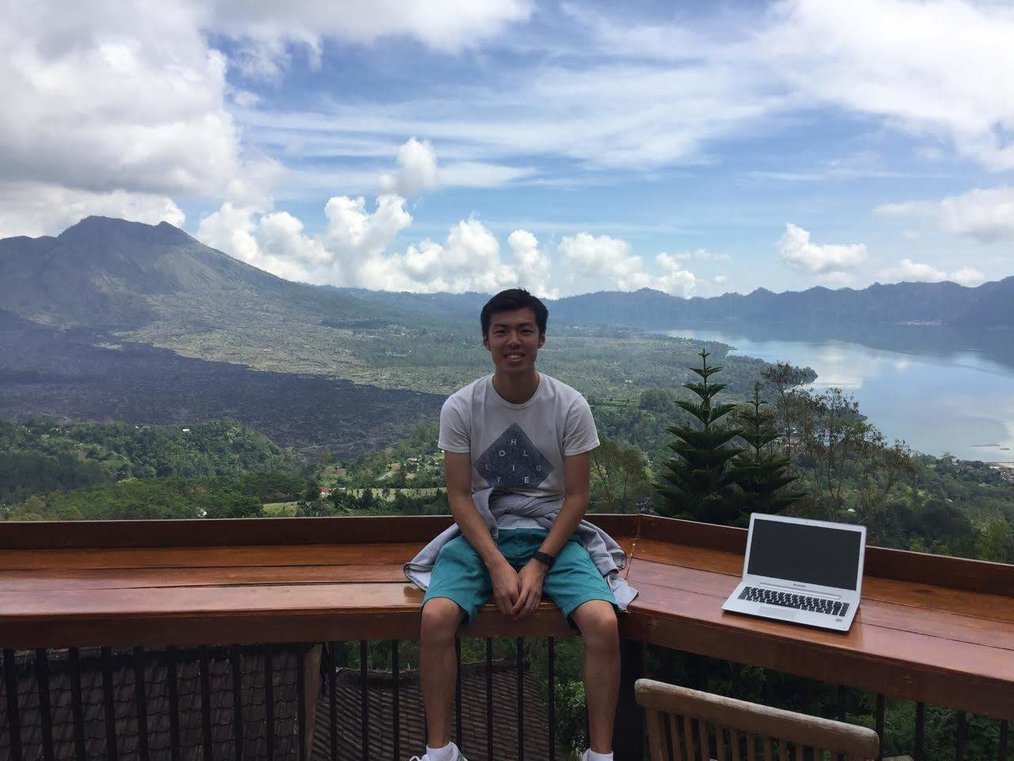 Teaching English online is a wonderful to transverse borders without having to be concerned with passports and visas. For folks who may be coming from countries that are not internationally recognized for their English language schooling, this can be a great way to connect with students from around the world, all from your own couch.

teaching English online in China is a very popular option because of the demand there for teachers. But there are options all over the world, so if you go this route, you may actually have more choices than deciding to go in-person.

Look at jobs and our guide to teaching English online.

Tips for Finding a Job 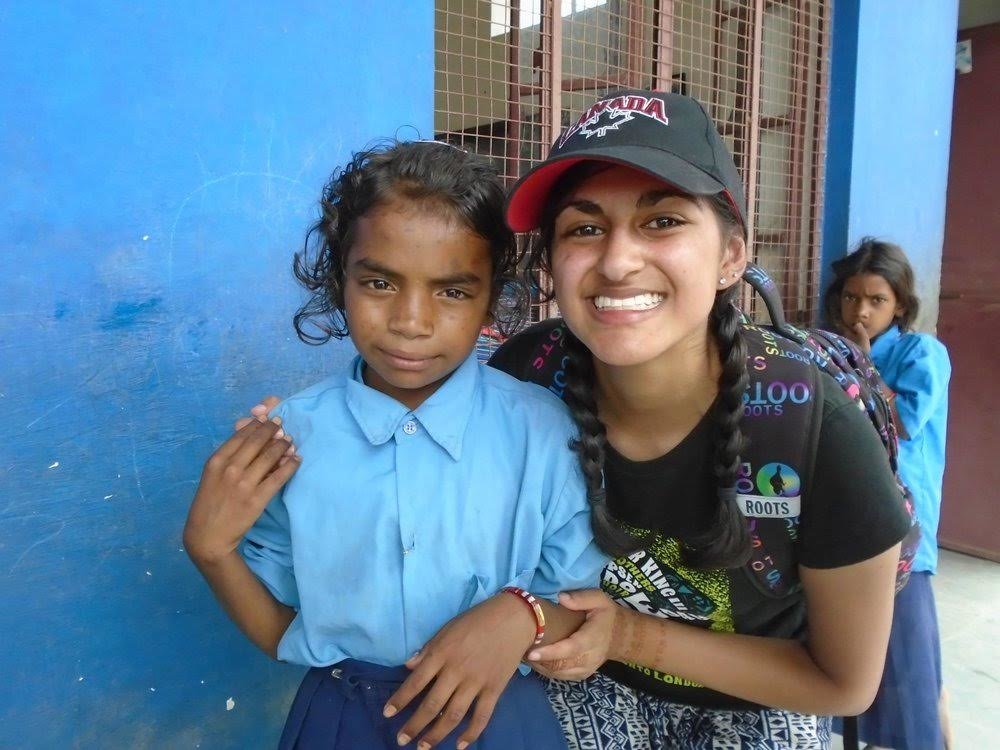 Photo by Karina J., Me to We Alum

Now that you have a long list of countries to consider, here are some top tips for finding a job as a non-native speaker.

Schools want to know that you'll be a good teacher, and without the native-speaker guarantee, experience is the best proof. The more experience you have teaching the better. How do you get experience if no one will hire you? Get a job volunteer teaching for a few months. You can volunteer abroad or at a local community center before leaving home.

Keep in mind, a company looking to hire a business English teacher will not be impressed that you worked in a kindergarten, and after-school English programs for kids don't care that you tutored high schoolers in ESL. Make sure your experience lines up with the kind of teaching job you eventually want to have.

Networking is one of the most important tools in your kit when it comes to finding any job. Consider moving to the country you want to teach English in and make connections with people who are already teaching English. Additionally, reach out to your family and friends in your home country to see if anyone you know has taught abroad in your dream destination country. Connections are key when it comes to landing a job.

3. Take the TOEFL or equivalent

In order to prove your grasp of the language, it's a great idea to take the IELTs or TOEFL test. These are accredited tests that employers in the TEFL industry are familiar with. If you can get a score that shows you are fluent, this will help prove your legitimacy as having the same level of English as a native speaker.

While not every country requires a TEFL, getting certified will help prove to employers that you're a qualified candidate. Not only is the TEFL a valuable tool that will help you learn how to teach English abroad, it will give schools one more reason to hire you! You can find a full list of in-country and online TEFL courses here.

If you can't interview in person, Zoom or Skype is the next best thing. Letting an employer hear your voice is the best way to convince them that you have a firm grasp of the English language. It may also calm any concerns that your accent may pose an issue.

Use Being a Non-Native Speaker to Your Advantage 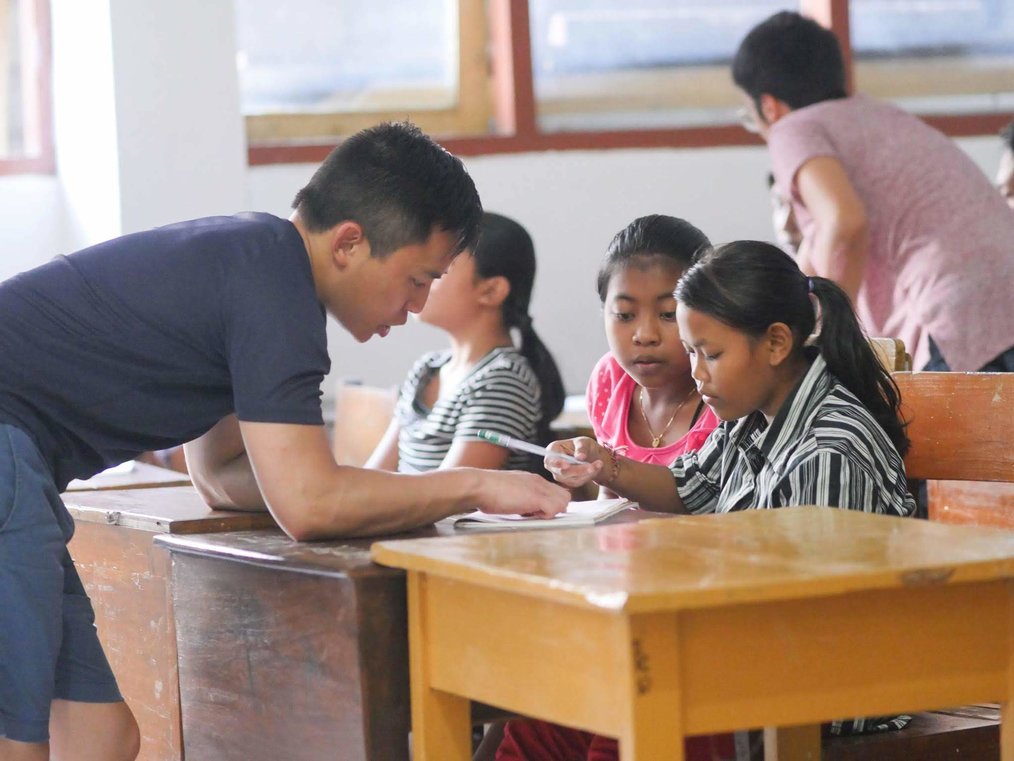 While many countries have legitimate reasons for wanting to hire native speakers, the reality is that many of the best language teachers are non-native speakers themselves. Learning a language is a daunting process that takes years of practice, and for folks who have done that, they often have a better grasp on what students typically struggle with and they'll have tips and tricks to pass on. Native speakers, on the other hand, may not even know a preposition from an article because they never actively learned English.

When applying to teaching jobs abroad, use being a non-native speaker to your advantage. Talk about your own process of learning the language and how that would inform your teaching style. You don't need to have been born in a certain nation in order to be fluent in English, so apply with confidence and explore the options that are feasible to you!

What to Expect While Teaching English in South Korea

Why Should You Get TEFL Certified?

How to Keep Students Engaged when Teaching ESL Online

What Salary Will You Earn Teaching English Online