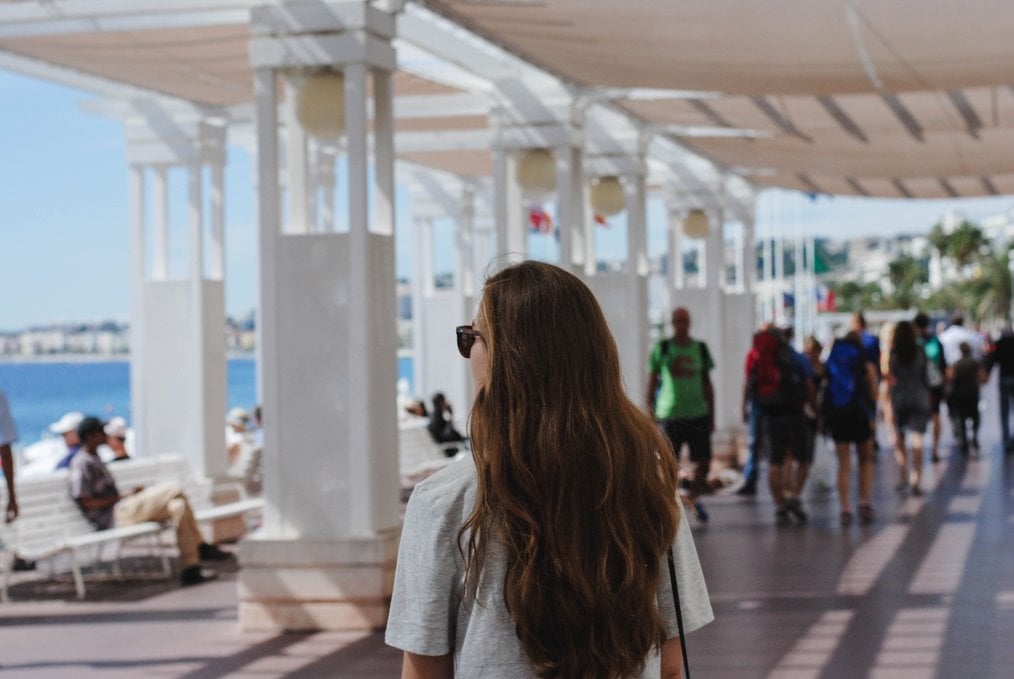 You've had your heart set on studying in Europe ever since you said your first Hola, como esta? or Salut, comment ça va? in an elementary school language class. Maybe you've dabbled a bit in French and Spanish. Maybe you've studied one or both languages seriously. But even though you love both (or heck, have no experience in either), you can only study abroad in one place.

So which one should it be?

Unless you grew up bilingual or surrounded by foreign language speakers, there's a good chance that study abroad is going to be your first opportunity to perfect your foreign language skills by living in another country. If you follow these tips and truly immerse yourself in the language, you could come home almost fluent.

So by choosing which country you want to study in, you're essentially identifying which language you prefer, which one you'd rather spend six months living in twenty-four hours a day, and which one you think will be most useful to you in the future.

Choosing your study abroad location all comes down to one basic question...should you learn French or Spanish? Both languages have long, detailed linguistic histories and can expose study abroad students to fascinating and beautiful cultures. Both languages are also spoken throughout the world. Which language will be easier and more useful for you depends mostly on your preferences and on what, if anything, you plan on doing with your language skills once you graduate.

Spanish is phonetic, and therefore easier for English speakers to pronounce, while French has a lot of weird silent syllables and can appear more difficult to a beginner.

But both languages rate a 1 in difficulty according to the scale created by the Foreign Service Institute, and on average, most students can master either language in about 600 classroom hours.

Each language presents its own challenges - learners commonly describe Spanish grammar as more straightforward than French, but French spelling is more consistent (once you've nailed down the alphabet). Many struggle with mastering French pronunciation but are challenged by the speed at which Spaniards speak. There are also many dialects of Spanish particularly, so deciding to study in Spain still may create challenges for traveling in other Spanish-speaking countries in Latin America or elsewhere.

Which language, French or Spanish, is more “useful?” 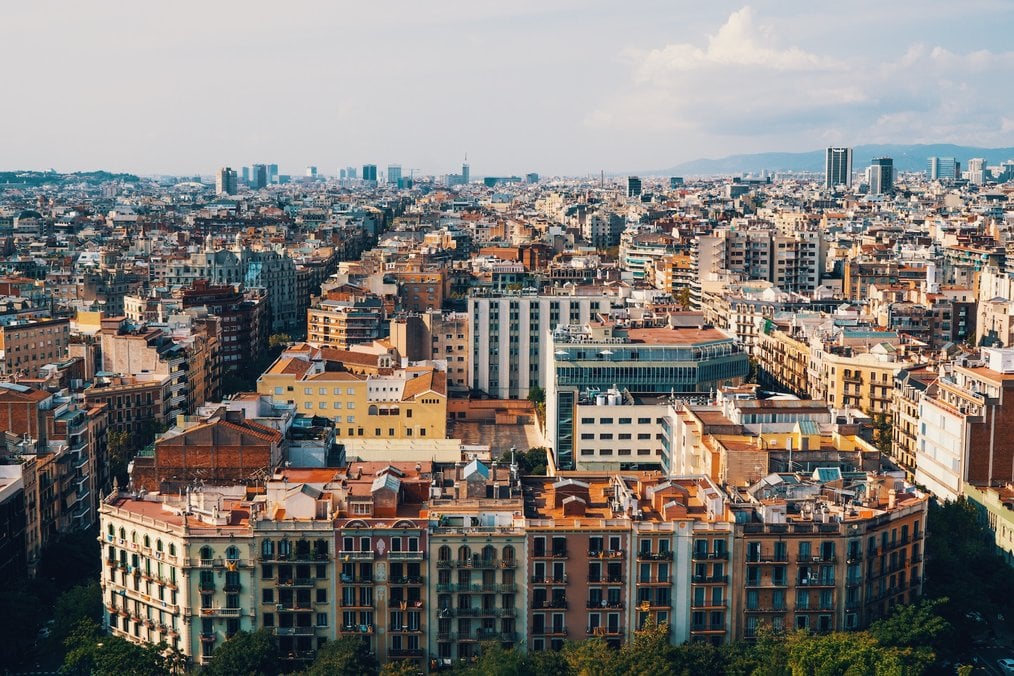 In the US and Abroad

While Spanish may be “more useful” in certain areas in the United States where there's a significant Hispanic population, French is more useful almost anywhere outside of the U.S. and South America.

It's true that many jobs in the United States prefer Spanish speakers, especially in the service industry and in government agencies in urban areas that serve Spanish speaking populations. But internationally, both languages can provide valuable opportunities. If you want to study abroad because you're considering an international career, think about the geographical areas that interest you and the types of people you'd like to be working with.

Spanish may have more speakers overall, but French is still the lingua franca in more than 50 countries, and it's the only language besides English spoken on all 6 continents. Many countries in the Middle East, Africa, and Southeast Asia use French as an administrative language, while Spanish speakers are mostly concentrated in Latin America and a few small African countries.

Both French and Spanish are official languages of the United Nations, but organizations like the World Bank and the International Monetary Fund operate mainly in English and French. Several major international organizations, such as UNESCO and the OECD (Organization for Economic Cooperation and Development) have offices in Paris.

In essence, both languages have many varied appeals and uses, so it largely depends on what your plans are for using your newly acquired language skills in your life!

Which language to choose also depends on the types of populations you'd like to work with. Because the Spanish colonized Latin America in the 16th century and fully controlled the territory, Spanish tends to be the language of the people, spoken throughout the region and at all levels of society. Remnants of regional languages still exist in these areas, but have mostly died out.

In former French colonies, however, knowledge of spoken French tends to be limited to educated elites and government officials. France's second colonial empire began in the 1830s, with the conquest of Algeria, but the French never truly gained control of the more rural areas during the 130 years they controlled the country, and in some cases, they actively discouraged the population from learning French. You'd need to learn a bit of the local language if you wanted to interact with everyday people in countries like Algeria, a former French department, or Cameroon, a former French colony.

What if Language isn't a Factor?

So the choice between Spanish and French comes down to what you want to do with your language skills after graduation. But what if you're not planning a big, international career with an NGO? What if you just want to have a fantastic semester abroad? Here are some factors to consider before choosing to study abroad in Spain or France.

The country of France squeezes nearly 65 million people into 550,000, making it more densely populated than its kiddie-corner neighbor. French people are often misconstrued to be rude or stuffy; this is easily the biggest stereotype about the French, and the most inaccurate. There is a different between cultural differences and perceived unfriendliness. As a study abroad student in France, you will come to appreciate these nuances and quickly notice how speaking a few phrases in French encourages more positive exchanges.

France is located in the heart of western Europe, and as such provides an ease of travel to neighboring European countries, while also providing a wealth of interesting cities and regions within. Studying abroad in France, if language is not a factor, is ideal for students who want to explore the rest of Europe. France boasts exciting cities for study abroad such as Paris, Lyon, and Grenoble.

Spain, conversely, is tucked away in the southwest corner of Europe. Spain offers a wild mix of different areas each worth dedicating time to exploring (Barcelona and Madrid to state the obvious!). However, if you want to move to Europe to see multiple countries in a short period of time, Spain is not as ideal a location as more-central France. Spain lends itself to trips to Portugal, Morocco, and Italy (and France!), but it will cost you a bit more to get from place to place.

The climates in Spain and France may not differ enough to help you choose which country you want to study in. France has more options for winter sport enthusiasts, boasting the Alps and the Pyrenees to name a few of the slopes. Spain's ample coastline and nearby islands make it a perfect locale for beach-loving students. Many students choose to study between Paris and Lyon in France, but note that Paris often experiences heavy rainfall.

Both France and Spain are great places to live, but there are several other factors to consider. Economically speaking, both Spain and France are experiencing an economic crisis, but Spain has significantly higher youth unemployment, at almost 25%, and graduates have a tough time finding jobs in any field. English teaching jobs – especially government jobs – are plentiful in France, and President François Hollande has promised to increase the number of government employees during the crisis.

Throughout Europe, austerity measures are strict and unforgiving, and even though the cost of living is lower in Spain than in France, it will be difficult to find a job to pay your living expenses while studying in Spain. If you are not looking to work in conjunction with your study abroad program, you will happily enjoy cheaper costs of living in Spain than you would studying abroad in France.

Maybe you've saved up enough money that you don't have to work during your semester abroad, and you can acclimatize to any time of weather. In that case, you'll have to weigh your cultural preferences.

The French and Spanish culture are interesting subjects to draw comparisons. French culture is exquisite and viewed as one of class and prestige. The Spanish culture is known for its energy; both vibrant and colorful, it has surpassed many continental and oceanic barriers.

Are you more intrigued by Miro or Monet? (Picasso spent time in Spain and France). Do you prefer Gaspacho or French onion soup? Would you rather learn about the Inquisition and the Spanish Civil War or the Algerian War and the Trentes Glorieuses? Choosing where you'd like to study abroad is as much about which culture you'd like to experience as a resident as it is about which language you'd like to learn. Study in Spain if you...

Study in France if you...

It is difficult to choose one over the other - be confident in your decision, then enjoy; in your future trips to Europe, pick the other place. Spain and France are two of the world's most beloved study abroad destinations - and, as luck would have it, they're side by side. Be sure to visit both while studying abroad in Europe!

And while you may have logical reasons for why you should study in one country or the other, or learn one language or the other, your choice of where to study abroad doesn't have to be logical or even reasonable.