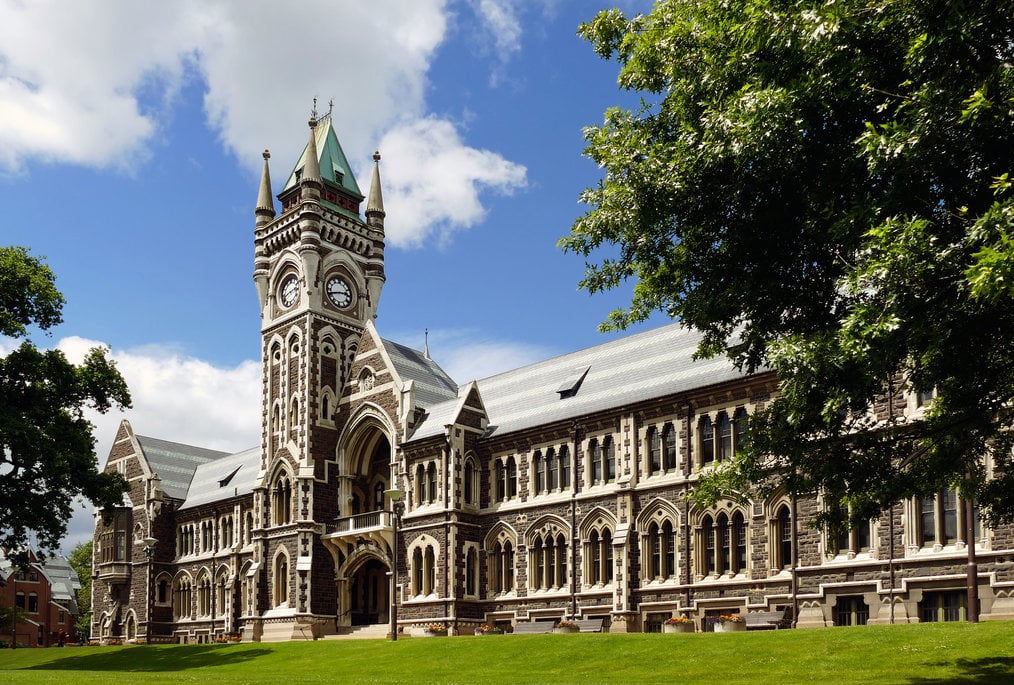 Folks study abroad for all different reasons. Some of you might be looking for a cultural immersion, others a change of scenery or new language skills, while a few of you might just be dying to escape somewhere it won’t snow for six months. If you’ve decided to head to New Zealand, there’s a good chance you’ve got a few justifications for it – the laid-back attitude, the wealth of outdoor adventures, the unique cultural identity and the fact that you’ll probably understand almost every word in all of your university lectures (unless you’re a daring linguistics type who’s decided to pick up a little Māori while you’re there).

Whatever your reasons for heading to Middle Earth, though, you’ve chosen wisely. The Land of the Long White Cloud is famous for its friendly residents, jaw-dropping scenery and fascinating mix of Pacific cultures. Oh, and some pretty decent classes, too – just ask one of the nearly 3,000 U.S. students who study in New Zealand each year.

Even though you’ve chosen your country, it can still be tough to decide exactly where you want to spend your time – although rest assured, it’s a scientific fact that there isn’t a bad spot in the entire country. Whether you want to be intellectually challenged, seek out a well-reviewed sure thing or spend every non-academic second exploring the landscape, there’s a school or two that’s right for you. 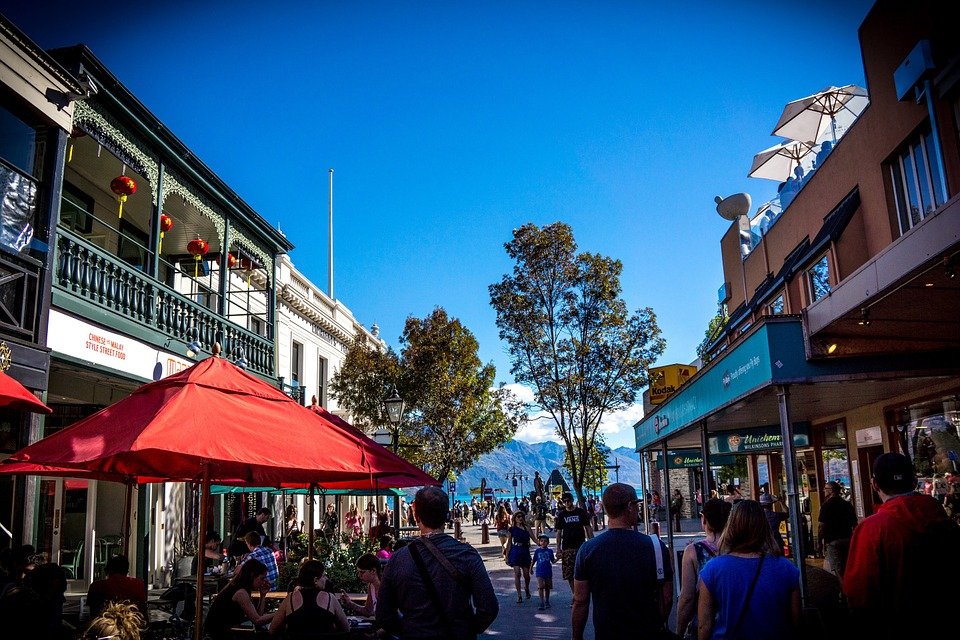 Despite its tiny size, New Zealand has two schools among the top 200 from the 2019 QS World University Rankings. When you consider that this tiny country of 4.4 million people is competing with the intimidating endowments of US schools and highly competitive universities throughout Europe and Asia, it’s a pretty impressive feat. Remember, though, like the top-ranked universities where you’re from, these schools feature the country’s best and brightest. They’re ranked highly because they’re competitive and have a lot to offer, so you’d better be ready to keep up with your classmates at one of these smartypants institutions.

The country’s largest school, the University of Auckland is also its highest-ranked, coming in at 85th on the QS list. Founded in 1883 as part of the University of New Zealand, it is now its own institution, with more than 40,000 enrolled students (over 25,000 of them undergrads) across its six campuses and a solid 35 percent of the country’s top-ranked academic researchers on its payroll. The main City campus, where you’ll likely take classes, is a tree-lined space filled with classical buildings in the heart of Auckland, where you’ll have access to the best of the cosmopolitan city.

Founded in 1869, the University of Otago is New Zealand’s oldest institute of higher education. It’s also one of the country’s best, ranked 175th on the QS list and serving more than 21,000 enrolled students. The school, located in the South Island city of Dunedin, has a large residential campus and active social scene, giving it a reputation as the school with the nation’s best student life.

Though the name makes it sound like it belongs in the UK, the University of Canterbury is actually based in Christchurch, the largest city on the South Island. Ranked 231st globally, Canterbury is the country’s second-oldest university, founded just four years after its neighbor in Dunedin. The university suffered serious damage in the devastating 2011 Christchurch earthquake, losing many of its visiting international students, but rebuilding efforts have made significant progress, and enrollment is back up to about 16,000 students. The university is trying particularly hard to rebuild its international student program, so if you’re a brainy type that likes to be a trailblazer, this might be just the place for you.

New Zealand is an ideal location for students interested in a variety of fields of study--from ecology, to business, and everyone in between, you will have no problem finding a program that best suits your academic goals and interests. Outside of the classroom, there are literally hundreds of different activities to keep you busy! 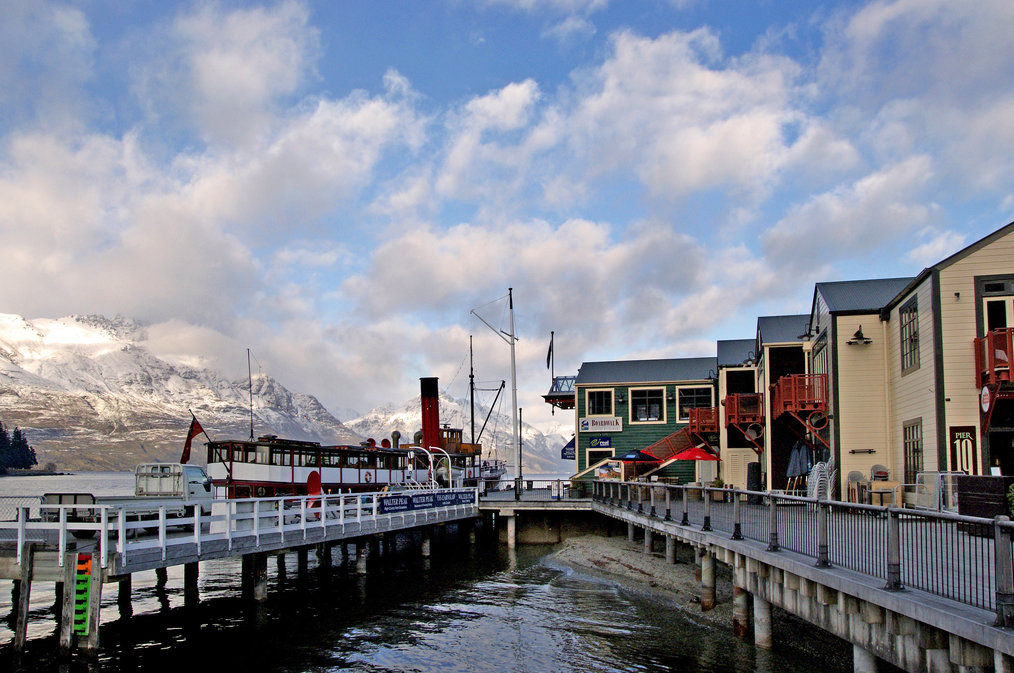 As two of the country’s most popular host universities for international students, the Universities of Auckland and Otago have more than their fair share of positive reviews. But we’ve talked about those already, so we won’t let them hog the limelight. These universities may not get quite as much attention as the bigger-name schools, but the rave reviews say the quality is just as good!

Holding down the fort in the oft-overlooked capital of Wellington, Victoria University is in the perfect location for city mice and country mice alike. Nestled at the bottom of the North Island, the city provides easy access to all the diversions the country has to offer, while still providing the conveniences of a big(ish) city.

Ranked close behind the University of Canterbury at 265th, Victoria University has just under 21,000 students and offers some of the country’s best humanities degrees, as well as one of only three accredited architecture degrees in all of New Zealand.

One of the country’s largest universities, Massey offers degrees in less-common fields like aviation, conflict resolution and veterinary science. Of the school’s almost 35,000 students, more than 3,000 are international, hailing from more than 100 different countries. The institution has campuses in several large cities, including Wellington and Auckland, but its main campus is in Palmerston North, in the lower section of the North Island, less than 2 hours from Wellington.

As far as academics went, Massey offered courses that were challenging and enlightening. The overall class structure was completely different to what I was used to with my home university: there were only a couple assignments or "homeworks" to pass in and then there were exams and those were your only grades. A lot of learning outside the classroom is required as well - professors don't hold your hand nearly as much as they do in the States. I learned a lot from my courses at Massey and was able to get an interesting take on various aspects of American politics and education by hearing the Kiwi side of it.

Though the University of Auckland may get the most attention, it’s far from the only high-quality school in New Zealand’s largest city. One of the country’s newest universities, AUT was formed in January 2000 when the Auckland Institute of Technology gained university status, and currently has more than 27,000 students. And don’t be frightened, non-science folks – they’ve got communications and humanities courses too!

AUT was a great campus, teachers were friendly and helpful, plus a great social scene. Auckland is a safe city where I felt completely at home and it was so easy to go on adventures all over the country! 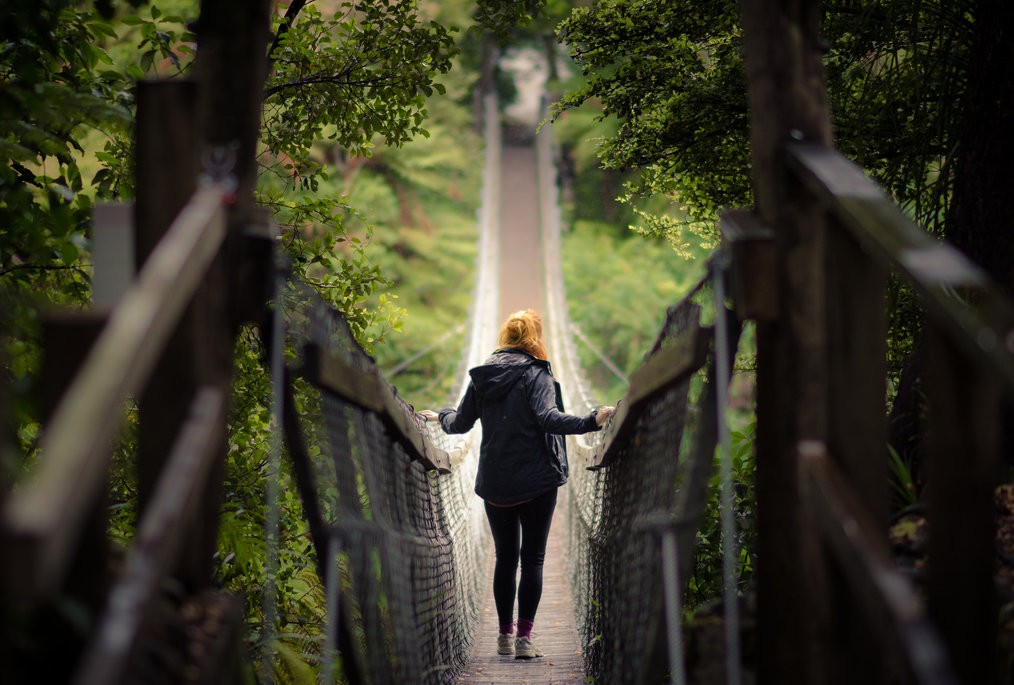 Let’s be serious for a second. Classes are great and all, but you can take classes anywhere. You’re probably in New Zealand for the mountains, or the beaches, or the hiking, or the surfing, or the biking, or the skiing, or the… – well, it’s easy to get carried away. Indulge all of your explorer urges at one of these schools, which offer easy access to some of the country’s most beautiful locations.

Humble Hamilton isn’t one of New Zealand’s big-name cities, but the University of Waikato’s hometown has plenty to offer. Smaller than most of the other schools, with about 12,500 students, it began as a small-town teacher’s college. Though it’s grown since, it’s kept the same location, which is good news for you – from its central spot on the North Island, you can easily get to coastal Raglan, volcanic Rotorua, the mystical Waitomo glowworm caves, the beautiful Coromandel peninsula and enormous Lake Taupo. And if you fancy a weekend in the city, Auckland is less than two hours away.

Yes, Lincoln’s campus home of Christchurch is a city, but its location in the middle of the South Island makes it one of the best spots to use as a base to plan weekend adventures. From here, it’s a hop, skip and a jump to the frozen Franz Josef glacier and soaring Mt. Cook, Milford Sound and the fjords of Te Anau or the rolling vineyards of Central Otago. The hardest part of being here will be deciding your itinerary each Friday.

If you’ve just got to be in the midst of all the action, this is the only place for you. Queenstown Resort College specializes in programs for students interested in careers in tourism and hospitality management – and where better to learn than the so-called “adventure capital of the world?” You can spend your free time paragliding, bungee jumping, rock climbing, hiking, snowboarding and jetboating – and that’s without even leaving Queenstown! The central location in the midst of the Southern Alps gives you access to all of the South Island – if you can ever tear yourself away from the town long enough to go exploring!

Direct enrollment is the pure immersion experience. Before god, man, and university, you are just another student enrolled for the semester. Your classes will be conducted in the language of the region and your classmates will be regular university students. You will be subject to the same ground rules and grading scales, the same expectations and etiquette.

Whether you’re a bookworm, party animal or outdoor adventurer, New Zealand has a university for you. Now that you have everything you need to make an informed decision, you can go back to worrying about the important things – like finding the ideal comfy pants to wear during that flight!