From Bangkok’s architectural marvels (a wonderful clashing of modern and ancient beauty) to the Hin Phoeng rapids in Khao Yai National Park, Thailand is an ideal destination to spend a gap year.

With its tropical landscapes and vibrant culture it will challenge you to broaden your mind. Considered a jewel of Southeast Asia, Thailand will take your breath away and provide you with incredible stories for back home. Imagine telling your friends about the day you meditated in a Buddhist temple, then free dived in the waters of Koh Tao, where you saw the giant leathery fins of a Hawksbill Turtle. If so much can happen in one day, then don’t waste a minute of it!

Thailand offers a wide variety of great gap year programs to get involved in:

Thailand is not without its luxuries, but there’s still a large demand for foreign volunteers to help in a variety of capacities. There is a strong need for teachers in public health, sex safety, English, and a wide variety of other subjects. The length of volunteer teaching programs like GapGuru are available and can vary from as little as 2 weeks to a full year. Most volunteer programs in Thailand range from 2 weeks to 3 months.

There are also paid teaching jobs that can give you work experience and money to live and travel during your gap year in Thailand. Teaching usually requires about 10-20 hours per week. That might not sound like much, but you’d want to do a bit of preparation because 10-20 hours with a bustling group of children can be quite intensive. While you may doubt your ability to make a true difference in such a short period of time, your skills and value will be of greater help than you may currently know.

Read more: 8 best programs if you want to volunteer in Thailand

Traveling around Thailand is one of the best and relatively most comfortable in the whole Southeast Asian region. Buses are usually newer and nicer to travel around in than in Cambodia and Laos. Trains have three classes for you to choose from depending on the budget and comfort you wish to travel in. For those with a bit more money to spend on transport, there are several domestic flights to choose from. Some journeys are much better done when flying but sometimes you lose on the beauty you never get to see unless you stare through your bus or train window.

Thailand has it all, from tropical beaches to amazing mountains, fantastic rural landscapes to. Whatever takes your fancy; you can be sure to find it here.

You can do it all on your own or chose one of the many adventure programs that take you across Southeast Asia, giving you a glimpse of the entire region. Do your research and choose what suits you best to make sure you have the time of your life.

Thailand is the most visited country in Southeast Asia. Aside from its beautiful beaches and fascinating culture, travelers enjoy how inexpensive it is. For example, you can have a wild night in Bangkok for less than the cost of a decent meal in London!

On average, one-bedroom apartments in the city center only cost around $450 per month. Apartments outside of the cities can be as cheap as $160 per month, although the average is around $280.

As far as food is concerned, most visitors can afford to eat out as often as they want to. The average meal at a restaurant costs as little as $2-5. And if you brave the street food, a lovely Pad Thai will cost you no more than $1.50.

Getting to and from a Thai restaurant is also relatively cheap, just make sure your taxi driver puts on the meter.

Drinks, as long as you go for local options, will be equally inexpensive with a beer costing you around $1.5-2.50 and no more than $6. If it's any more than that you know the prices are being inflated because you're a tourist.

You can easily find guest house accommodation for as low as $8-$10, and anything between $13-$20 per night will most likely come with its own bathroom. And if you’re after a luxury treat for your last night in Bangkok, you can stay in the amazing Lebua at State Tower for around $150.

Tourist attractions such as the Grand Palace in Bangkok ($13) are a bit more expensive but still relatively cheap comparing to any European or American destinations. Snorkeling trips with lunch, water, and fruit platters included will vary from $15-$50 depending on location and boat type (trips booked from luxury resorts will automatically be more expensive). More “westernized” and commercial destinations such as Phuket or Koh Phi Phi or Koh Samui will almost always be significantly more expensive than places like Koh Tao and Koh Chang Archipelago.

Around 93% of Thailand's population is Buddhist of the Theravada school. There are different interpretations of Buddhism, and these religious laws cultivate an understanding of the world, what is right and what is wrong, and will help you navigate social relationships while in Thailand.

Thai culture suggests that people do not mix self-delusion in their thoughts and conversation. Some examples of self-delusion include arrogance, beliefs of superiority, social status, etc. Buddhists practice detachment in order to self-distinguish their emotional desires while retaining a cautious respect for reality. In Thailand, shouting is considered rude, because one should not talk at someone, but talk to them. One should avoid convoluted talk, as it is viewed as wasting their time.

The Thai language follows suit with this philosophy. In English, there might only be one word for something, but Thai often has a wide array of words, each of varying politeness. This diversity allows for the speaker to display complete emotional honesty in a conversation. The use of "white lies," or being polite to avoid the truth, is considered rude. Travelers must understand that in Buddhist culture, avoiding telling you the truth is considered a form of lying.

As in any other predominantly Buddhist country pointing the soles of your feet and touching someone’s head are considered inappropriate.

Toilet paper, as in most SE Asian countries, goes in the bin next to it and not in the toilet itself.

Thailand, a tropical country, is prone to tropical diseases. Malaria and Dengue fever (a mosquito-born disease common in southeast Asia) can be encountered nationwide. Bigger cities are usually safe but take extra precautions when venturing into the more remote and rural areas. Carrying a good insect repellent along with wearing long sleeves and pants at dawn and dusk can greatly decrease the chances of getting bitten by mosquitos. Before traveling to Thailand, many doctors will recommend receiving immunizations for Hepatitis A and typhoid fever.

Water quality varies from place to place, but is generally poor. Use common sense when eating from food carts and drink lots of bottled water. Most restaurants and hotels will use filtered water to make ice. Bottled water is widely available.

The sad truth is that Thailand is known for many forms of tourist scams. There are organized groups of people involved in those, and it is sometimes hard to know the fake from the genuine offers. Be wary of taxi and tuk tuk (more on these below) drivers trying to persuade you that your destination attraction is closed and offering to take you elsewhere. Insist on being taken to where you want to go and if in a taxi make sure the meter is on.

The general rule is that if a stranger or a driver approaches you with a deal that appears too good to be true…it probably is. If there’s one consistency of travel, it’s that randomness will always ensue, so above all, show the utmost respect and have a sense of humor.

If you find yourself at the back of a tuk tuk (a cross between a rickshaw and a motorcycle), prepare yourself for a rollercoaster-like ride! Tuk tuk drivers seem fearless as they swarm around cities (especially Bangkok). You have to give it a go, but be careful, especially if you’re not a big fan of theme park rides.

Haggling in an essential part of Thai culture, and you are expected to negotiate when purchasing goods, especially at local markets. Put a smile on your face and throw yourself into it. There really is no other way about it.

Although traveling through Thailand is relatively safe, travelers should always pay attention to the security of their possessions and travel documents, and of course, their personal safety. Always use a padlock on the zips of your backpack or luggage and try to keep your bags with you at all times.

Want to take a gap year in Thailand? Check out these programs!
Advanced Search
Displaying 31 - 39 of 39 programs 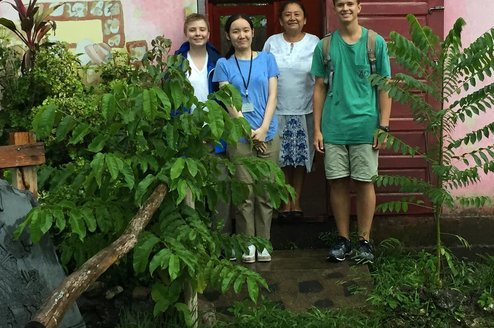 Save to Wishlist
Global Public Service Academy for Health “To protect life on this planet, we need to completely transform our... 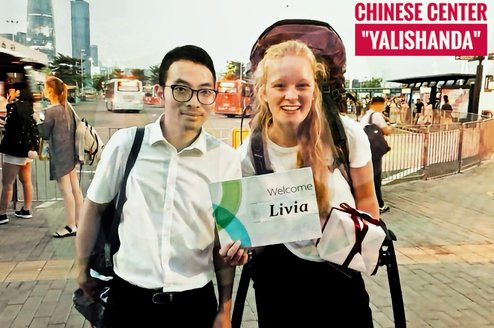 Save to Wishlist
European-Chinese center 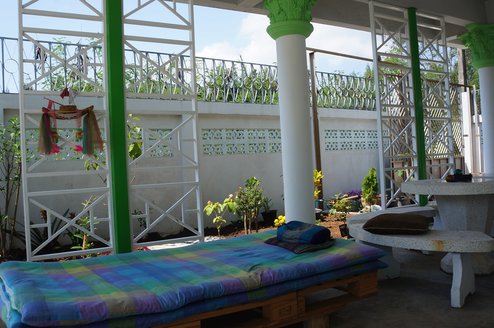 Save to Wishlist
Hypnok Wellness Center

We have a resort on Koh Samui Island and we are looking for yoga... 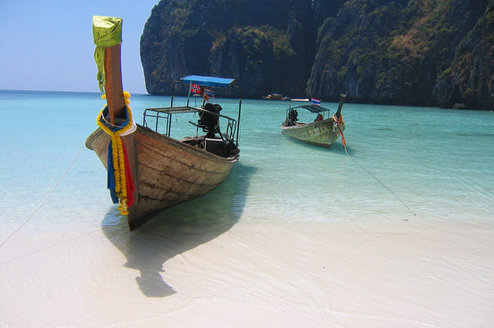 Save to Wishlist
Real Gap Experience

Explore the best of Thailand in this 4 week adventure. This Real Gap... 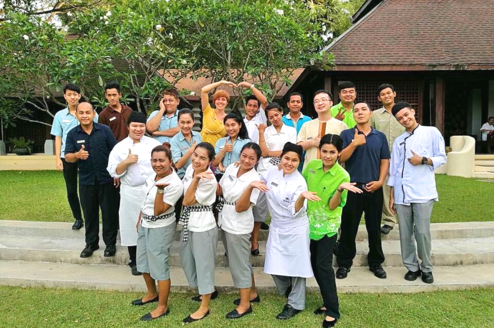 Save to Wishlist
Educational Travel Asia by RMC

What better way to spend your school break period than to learn and... 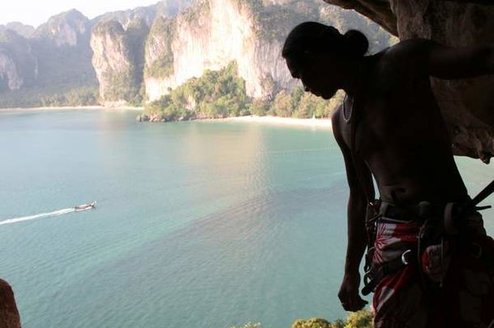 Save to Wishlist
Free and Easy Traveler

10-days in Thailand: A Taste of Paradise 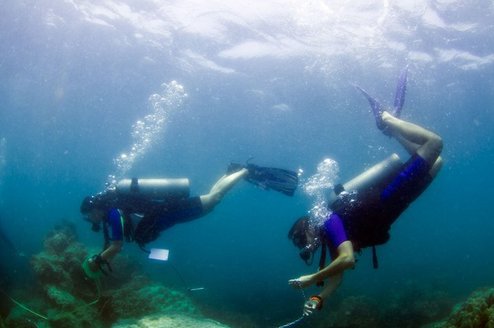 Save to Wishlist
Gap Internships Thailand

Are you looking for something to do after high school or college... 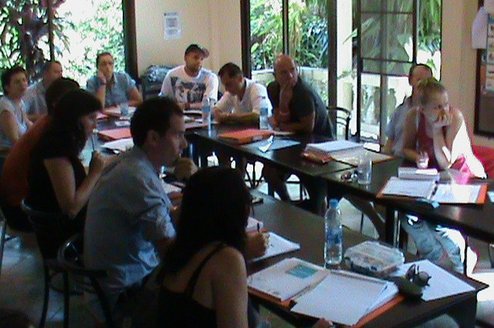 Save to Wishlist
GAP Odyssey

My case is a little unusual, I decided to take a gap year after already completing a year of college. I didn’t know what I wanted to do until I stumbled upon this program and knew it was something I...

My gap semester was tailored to my interests and exceeded every expectation I had of living and studying abroad! I went into the semester not sure where my path after high school was headed, and left...

I decided to go on EF's gap semester because I wanted to find myself, while also growing up. I’m from a small sheltered town, and have traveled, but not alone where I’m responsible for my personal... 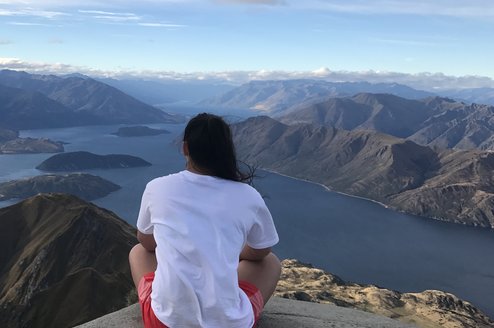 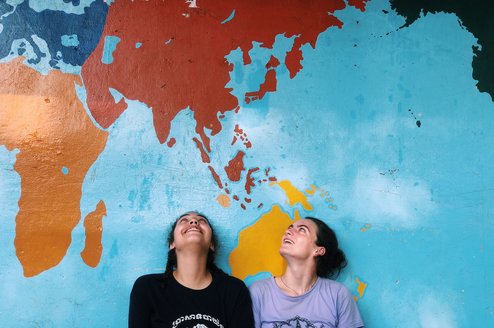 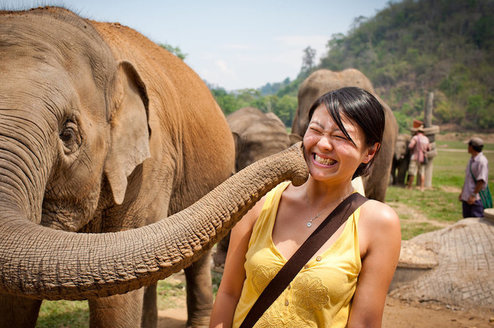 How to Volunteer at an Elephant Sanctuary in Thailand 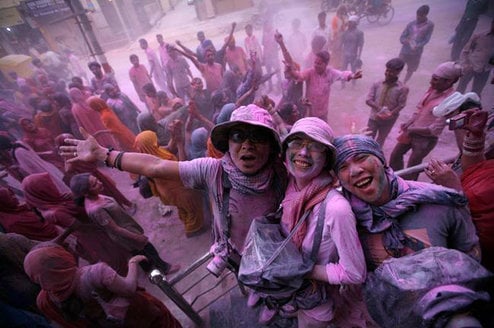 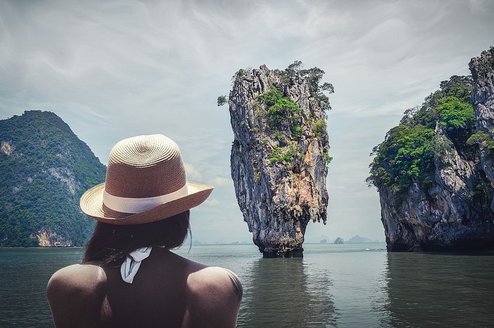 Living in Thailand: How to Fit into a Culture So Different Than Your Own 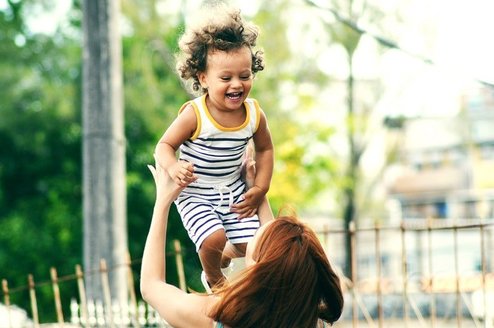