North America includes the three vast nations of Canada, the United States, and Mexico. Each of these three countries contains a wide diversity of landscapes, cultures, cuisines, and lifestyles within its borders. You can traverse environments as varied as the stunning wild deserts of the Southwestern US and Mexico, the frigid snow-covered northern plains of Canada, the humid, tropical climates of the east Mexican coast and south Florida, as well as the temperate forests of New England.

TEFL Courses in Canada and the United States are quite easy to find, as they are English-speaking countries with large immigrant populations that need plenty of instructors for English as a foreign language. With Mexico's booming and increasingly globalized economy over the past decade, getting TEFL qualifications in the country has become equally easy.

There are four main TEFL course types in North America: University, On-site, Hybrid, and Online. For each kind you will need at least the following qualifications: be 18+, have a high school or equivalent diploma, and be a native or near-native English speaker. Though TEFL is the most popular course overall, many schools in all three countries also offer CELTA and TESOL certifications.

In the US and Canada, many universities offer MA degrees in TEFL education. If you have already received a Bachelor's Degree in a relevant field, such as English or Education, you can pursue such a program. However, universities in these countries are generally expensive, and the training programs are one to two years long. You can get better and higher-paying opportunities with an MA degree, but a lot of programs train you to teach English to immigrants within North America, rather than teach English abroad.

Many aspiring TEFL teachers opt for specialized, short-term on-site TEFL courses which train you specifically for going abroad. On-site courses require class attendance at an institution and courses can be as short as four weeks or as long as 12 weeks; generally, shorter courses require more intensive attendance and study. All courses are taught by experienced TEFL teacher-trainers, and by attending an on-site course, you have many opportunities to network and potentially land a job offer shortly after graduation.

When you are comparing courses, always check that your course of choice is internationally accredited and offers a practical teaching component. Other factors you may want to consider are class sizes and job search assistance from the institution. Courses should alway include at least 100 hours of instruction and at least 6 hours of practical experience.

Hybrid TEFL courses can be a good option for people who are unable to take a full 4 week in-country course at an institution. They blend on-site and online instruction, so you can get some hands-on in-person experience but also schedule the rest of your learning to suit your own schedule. Typically these courses offer online tutorials and Skype session with instructors, but include an on-site practical teaching component at the end in order to give you some practice as a TEFL instructor.

Online TEFL courses are becoming increasingly popular for students who wish to become TEFL teachers but do not have the time and flexible schedule to attend an on-site course. Always check to make sure that any online course you pick still includes a practical teaching component via Skype, as such practical studies are crucial to attaining a valid TEFL certification.

If you believe you have the self-discipline to schedule regular study sessions and Skype sessions with instructors and have a lot of constraints on your time, an online TEFL course might be the best option for you.

Hiring times for TEFL jobs in North America are usually at the end of summer, right before the start of a new school year. Most schools in North America operate on an annual September to June calendar, with a two-month break for summer, so summer tends to be the most popular time for TEFL courses. In Mexico, the hiring season tends to last all year round, with 6-month or 1-year contracts offered to teachers.

Where to Take Your TEFL in North America

Though almost any large metropolitan area in all three countries will have TEFL courses available, major cities in which to look for TEFL courses in the United States are Chicago, Boston, New York, Seattle, Honolulu, Los Angeles, San Francisco, and Miami. In Canada, there are plenty of TEFL centers in Toronto, Ottawa, Montreal, Vancouver, Victoria, Calgary, Edmonton, Winnipeg, and Halifax. If you are in Mexico, discover great TEFL courses in Mexico City, Guadalajara, Monterrey, Puebla, and Tijuana.

What to Look for in a TEFL Course in North America

The most important aspects of a TEFL Course in North America to take into consideration before enrolling include: the qualifications of your teacher, the course's job assistance and placement program, and the quality of the practical teaching component at the end of a course.

Having an experienced, certified teacher with experience in TEFL is paramount to a great learning experience, and can also help in future employment, as experienced teachers tend to have connections in the TEFL world and can help with networking. Regarding jobs, check the course's website or ask course administrators for a summary of alumni placements, so you can get a sense of what percentage of graduates got TEFL jobs, and in which countries they were primarily placed. If you have a geographic location you are thinking of in which to teach English as a foreign language, choosing a school that places others in a similar area can be very helpful for your future prospects.

Though there are no vaccines required for entry to the US, Canada, or Mexico besides general childhood vaccinations, some doctors do recommend getting typhoid and Hepatitis-A vaccines before visiting Mexico. Canada is the safest of the three countries; US metropolitan areas do have some crime and violence (as do most major cities in the world), and gun violence is a bigger issue in the United States than in most European countries. However, if you stay aware and exercise basic precautions, you should be fine.

Though some parts of Mexico, including Ciudad Juarez and the border towns, have experienced a huge surge in violence due to the drug trade, other parts of the country are much safer. However, a good amount of caution is still recommended in most major Mexican cities.

When & How to Apply for Jobs in North America

Once you are certified, your TEFL center can help you find a job in TEFL programs abroad with which they have collaborations. Most TEFL centers offer job placement assistance after you have completed the program, but it is a good idea to check before starting the course that the TEFL program you have picked helps place students in the country of your choice.

Besides formal placement assistance, TEFL courses offer plenty of opportunities for networking while taking the course with your instructor.

Most jobs are likely to be concentrated in urban areas and large population centers. Many TEFL teachers find jobs in language schools, academic institutions, public and private schools, international schools and bilingual schools in those same geographies. Some teachers can pursue specialized TEFL courses in order to teach English to businessmen or tourism workers.

Some TEFL teachers decide to become private tutors, which gives them more flexibility with classes, scheduling, and material; however, you have less of a guaranteed income with private tutoring. Private tutoring also may make it harder to obtain a visa, as you will have no institution formally hiring you and helping you stay in the country of your choice.

If you decide to stay in the US or Canada, you will most likely be hired as an ESL (English as a Second Language) teacher. You can expect a salary of between $40,000 and $70,000 per year; private schools and international schools tend to pay their teachers more than public schools.

The average salary in Mexico is much lower, with $350-$700 per month paid to most teachers. However, the cost of living is much lower as well, with teachers getting by fairly easily on $170 to $200 per month. This also, of course, depends on what part of Mexico you live in, as the central urban areas tend to be more expensive.

Some teaching jobs include subsidized housing and some schools will help you find somewhere to live - ask your prospective institution before accepting the job if housing is included or at least partially financed. 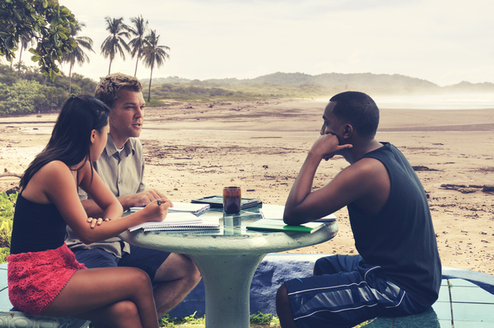 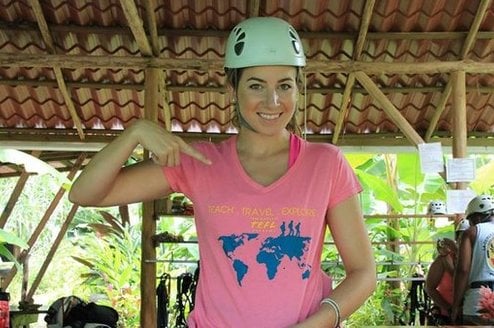 Want to get paid to live in a tropical paradise known for its stunning...
4.94 •18 reviews
 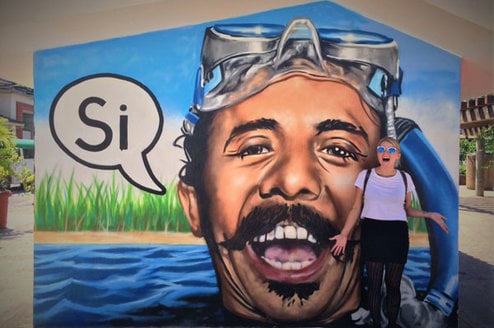 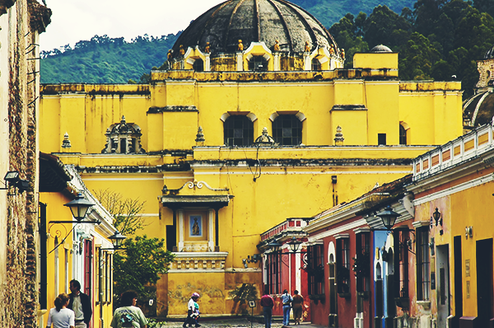 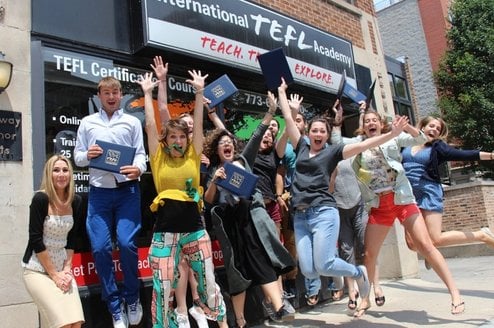 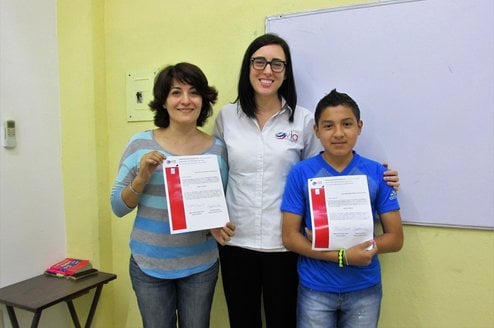 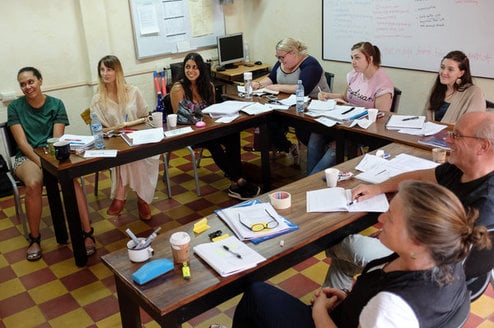 Get TEFL certified now and start your career as a professional English...
5.00 •36 reviews
 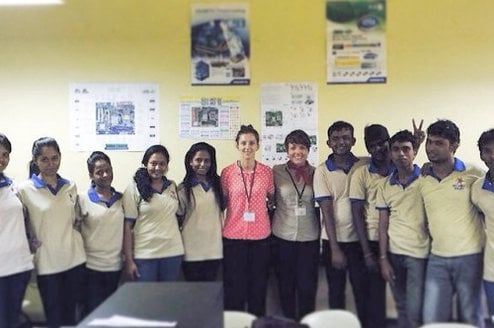 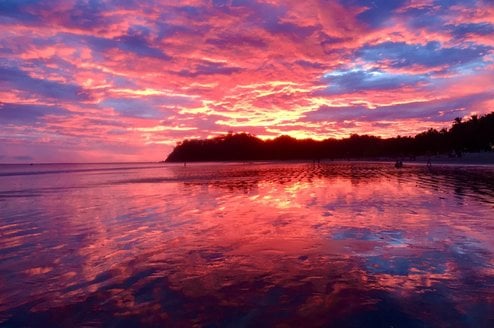 Get TEFL Certified in a tropical paradise!

Do you want to see the world, experience new cultures and languages...
4.97 •29 reviews

 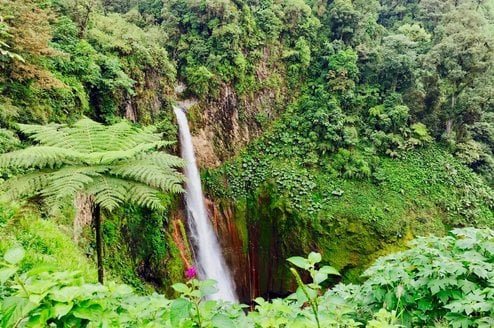 Embrace the Pura Vida lifestyle in one of the most beautiful corners...
5.00 •2 reviews 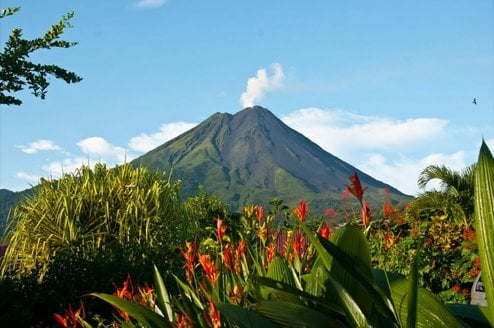 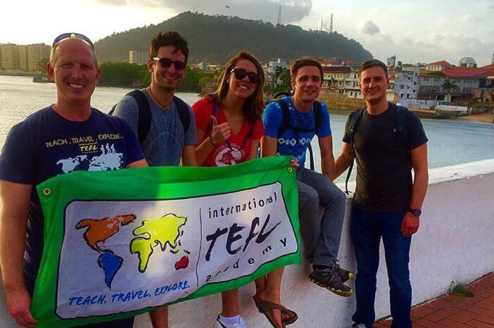 Interested in getting paid to live and teach English in Panama... What is TESOL? All You Need to Know about Getting TESOL Certified