There has never been a more important time to volunteer with the world’s refugees. The United Nations High Commissioner for Refugees estimates that 1% of the global population is currently displaced. Over the course of 2020, this number surpassed 80 million, despite the challenges and dangers of travel during the COVID-19 pandemic.

The experience of volunteering to support refugees can have a lasting impact when done ethically. This impact is true not only for the refugee communities but for the volunteers as well. For one woman, volunteering with Palestinian refugees in Jordan profoundly altered her perspective on the world, opening her eyes to the humanity and perseverance of displaced people in the face of difficulty and injustice.

When volunteering with vulnerable people, however, it is important to do so ethically, and for white people, to avoid the pitfalls of white saviorism. Part of this is sourcing a trustworthy and reputable volunteer organization, that focuses on serving the displaced community rather than catering to travelers.

It is still possible to ethically volunteer with refugees in 2021, but your experience might look a little different. In addition to international travel opportunities when borders open, consider volunteering in your home country or your local community. 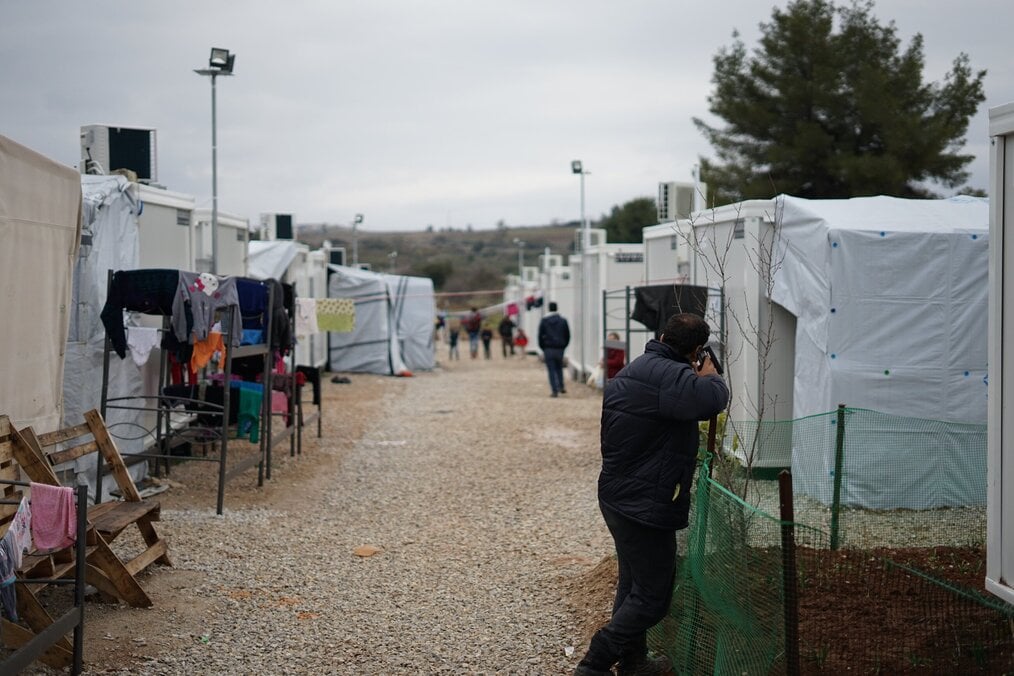 If you want to volunteer with refugees, it is first and foremost important to understand this population, and correct any misconceptions you may have.

The 1951 Geneva Convention defines “refugee” as:

Someone who has been forced to flee his or her country because of persecution, war or violence. A refugee has a well-founded fear of persecution for reasons of race, religion, nationality, political opinion or membership in a particular social group.

Despite the politics that surround the global population, it is essential to understand that people who are refugees are not immigrants. They do not flee their countries out of choice, but out of need.

Where do refugees come from?

Understanding the different categories of displaced persons, as well as why people become refugees, where they come from, and where they live now is important when considering volunteer programs.

As of 2021, nearly 70% of displaced persons come from just five countries. These include Syria, Venezuela, South Sudan, Afghanistan, and Myanmar.

Where do refugees go?

Turkey currently hosts the most refugees, giving about 3.7 million refugees a safe haven. Lebanon, Jordan, Liberia, and Uganda are also in the top five countries in the world by number of refugees hosted.

The refugee crisis continues to unfold on an alarming scale as we enter 2021. Though the enormity of the crisis may seem overwhelming, there is an array of organizations, including the UNHCR, that track, support, and assist in resettling refugees. Whether providing clothing, education, shelter, or sustenance, every effort counts.

The 8 Best Countries to Volunteer with Refugees in 2021

For those ready to jump in and aid in refugee efforts, there is no shortage of need. However, this year there will be additional factors and challenges to consider regarding the COVID-19 pandemic. Here are the best countries to volunteer with refugees in 2021. 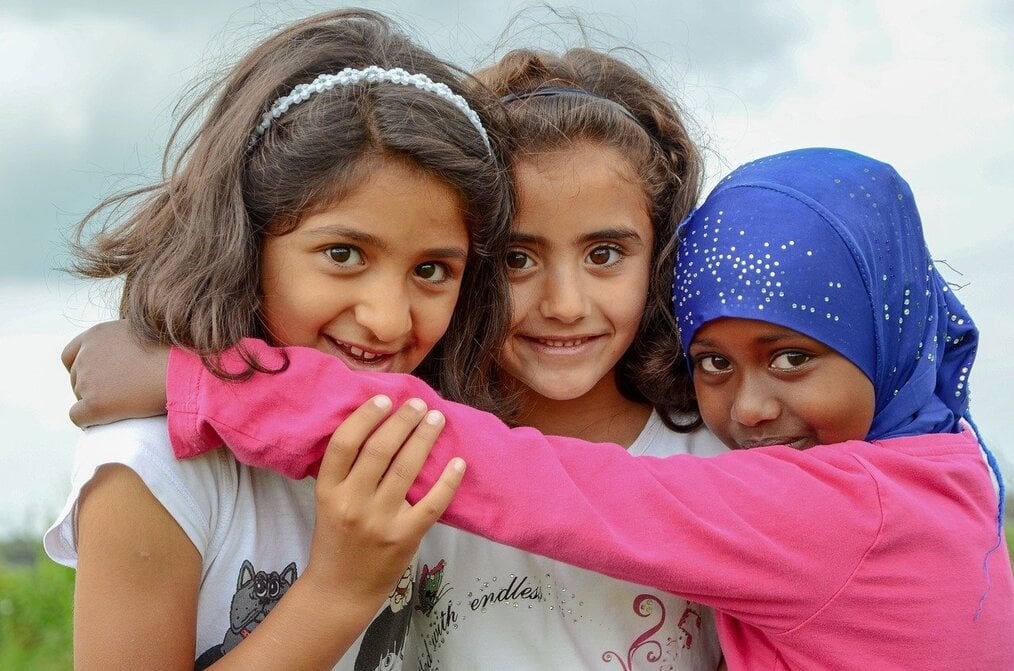 Volunteering with refugees in the United States is a great option in 2021, taking into account the current uncertainties of international travel. Local volunteer opportunities, or domestic travel, will likely be preferable for many people this year.

You can also look into organizations where you live that support refugee resettlement. These organizations often have a need for local volunteers. You can expect any number of volunteer roles, but assisting with child care, ESL classes, tutoring, transport, administration work, and helping with summer camps are some examples of what you could be doing. As host to the largest number of refugees worldwide, most of them coming from Syria, Turkey has several volunteer opportunities. Turkey is seen as a gateway to Europe, which many refugees hope will give them more opportunities for a new life.

The programs that work with refugees in Turkey offer opportunities in cities like Istanbul, and specific programs work with the younger refugee population.

Turkey is currently open to travelers from the United States, making it a feasible option for those who want to volunteer abroad with refugees in 2021. Keep in mind that there are travel restrictions in place such as providing a negative COVID-19 PCR test upon entry. Serbia is a key transit point on the Balkan Route – a path for asylum-seekers to reach western Europe. This route was officially closed in 2016, but years later there are still roughly 18,000 refugees per year that transit through Serbia.

Refugees in Serbia come from a variety of places. The largest number come from Afghanistan, but Syria, Bangladesh, Pakistan, Morocco, Iran, Iraq and 46 other countries are represented in this population.
Volunteer with Help Refugees to provide these people with medical care, psychological support, and providing shelter, blankets, and food. Volunteers who speak Farsi and Arabic are highly requested.

United States citizens are currently permitted to enter Serbia, if they provide a negative COVID-19 PCR test taken within 48 hours of travel. 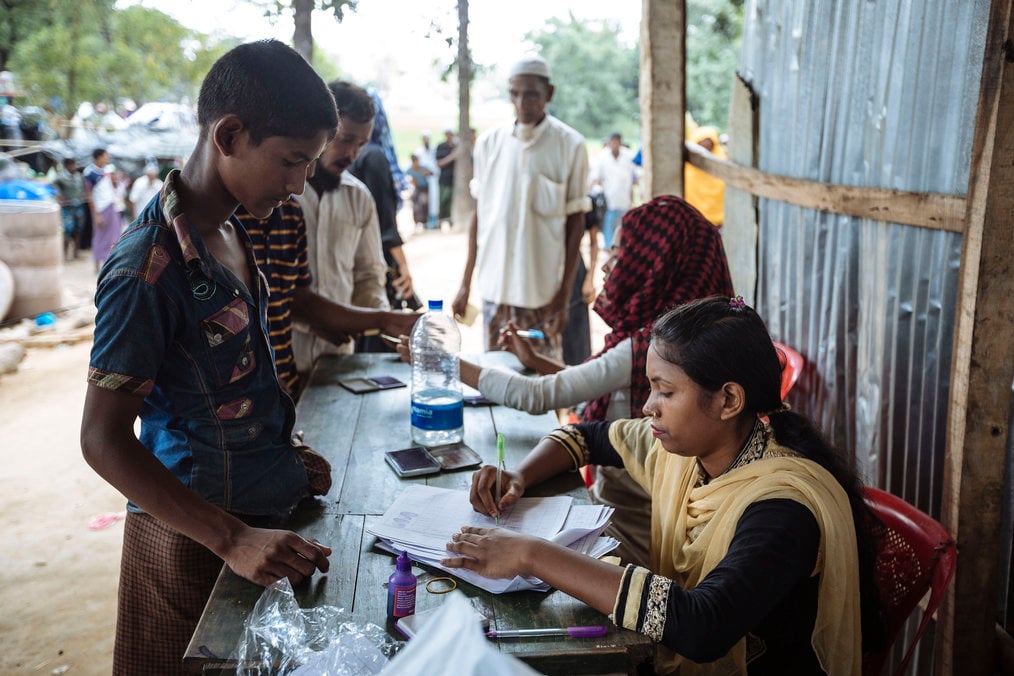 Unfortunately due to the Rohingya refugee crisis, Bangladesh remains a country that has opportunities to volunteer with refugees. In 2021, Bangladesh is currently open to travelers from the United States. A negative COVID-19 PCR test is required to enter.

Since 2017, over 1 million Rohingya Muslims, an ethnic minority in Myanmar, have been forcibly displaced due to violence. In 2021, approximately 914,000 of these people are living in a refugee camp in Cox’s Bazar in Bangladesh. Notably, nearly 50% of this refugee population are children under the age of 12.

In Bangladesh, there are opportunities for medically trained volunteers to complete four-week placements in refugee camps, where you might work in an infectious disease clinic, or train local refugees as community health workers. Non-medical volunteers can volunteer in youth development, where you will tutor refugee children in basic english and academic subjects. These placements are a minimum six months, to promote sustainability. 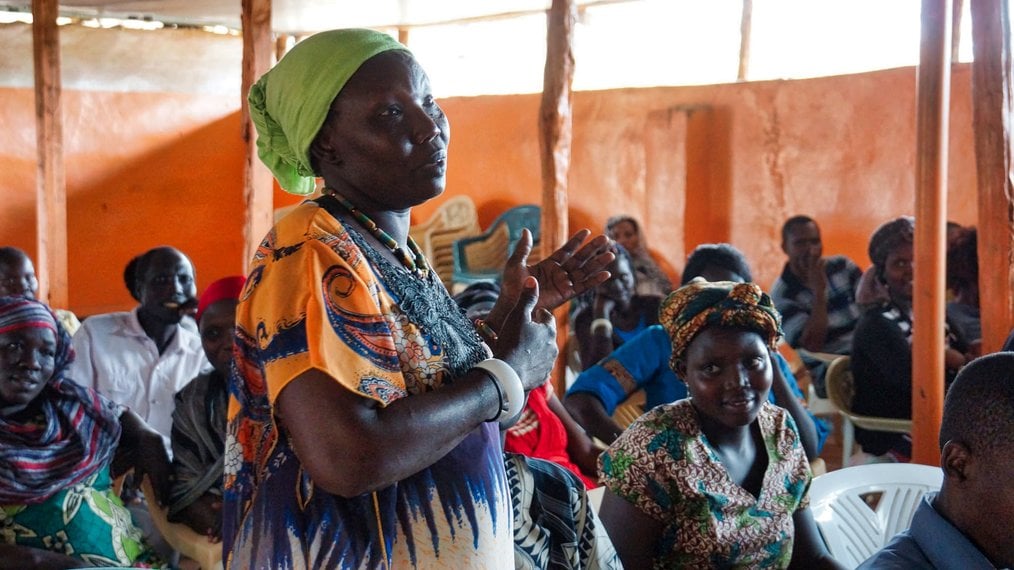 The majority of the almost half a million refugees in Kenya are from neighboring Somalia and South Sudan. Within Kenya, 44% of refugees reside in Dadaab, and 40% in Kakuma, meaning these are the primary areas where volunteers are needed.

Volunteer opportunities in Kenya include teaching in schools, medical care, and assisting with basic needs and donation distribution. There are also opportunities for volunteers with legal experience in Nairobi, to offer pro-bono legal placements for one month.

United States citizens are currently allowed to enter Kenya, pending a few restrictions. Travelers need to have a temperature below 99.5 Fahrenheit, no COVID-19 symptoms, and the negative results of a COVID-19 test taken in the previous 96 hours. 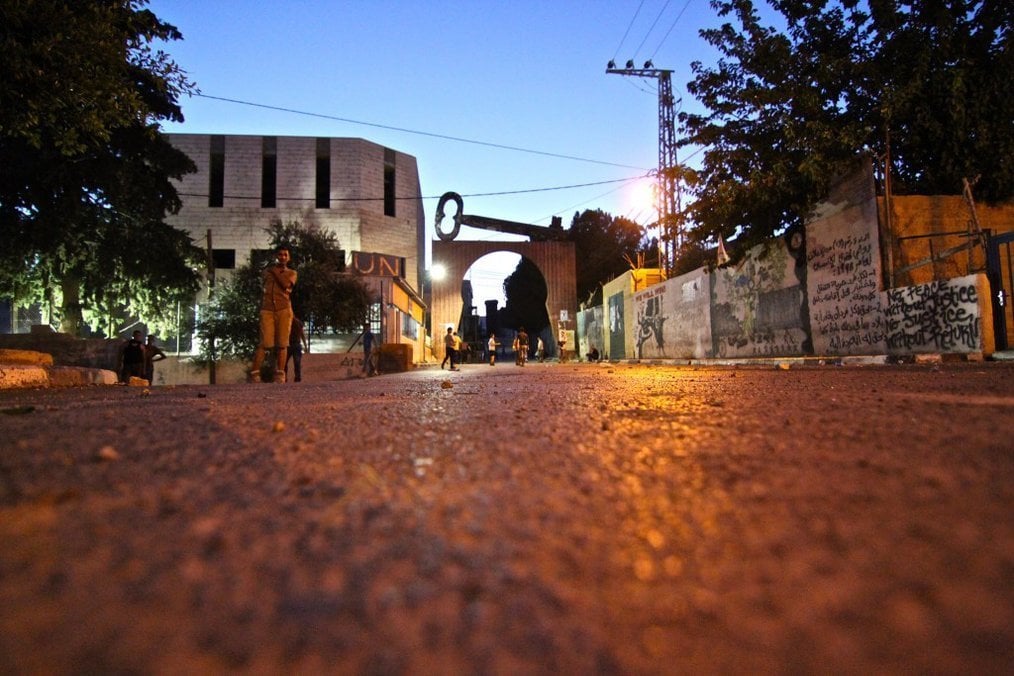 Nearly 400,000 people in the United Kingdom are or previously were refugees. This constitutes .6% of the country’s total population. This number increased throughout the European Refugee Crisis, when many people traveled across Europe to seek asylum in the United Kingdom.

There are opportunities to volunteer in the United Kingdom with asylum seekers who are resettling in their new home. You might cook dinners, provide English language assistance, help with job seeking, or otherwise promote community integration.

Donation transport is another great way to volunteer with refugees in the United Kingdom. Many grassroots charities that serve refugees in Europe are based in the United Kingdom, and rely on volunteers to source, organize, and transport donated items such as tarps, tents, clothes, and more. Get in touch with refugee relief organizations abroad to find out their unique donation needs.

Keep in mind that while travelers from the United States have been able to enter the United Kingdom throughout the pandemic, there is currently an ongoing Tier 4 lockdown in the country. Stay up to date on travel restrictions to have the best and most effective volunteer experience. United States citizens are not currently permitted to enter Greece, however if and when borders open later this year, it will be one of the best countries to volunteer with refugees.

There is a significant refugee population in Greece. This includes 38,000 people residing in mainland Athens and Thessaloniki, as well as 11,000 people on the Greek islands such as Lesbos, Chios, Kos, Amorgos, and others.

There is no shortage of organizations to lend your support, including this Help Refugees program in Thessaloniki that needs volunteers for warehouse sorting, donation distribution, kitchen work, and more. It’s not a country, per se, but with so much of our lives going virtual due to the pandemic, it follows that there are increasing opportunities to volunteer with refugees virtually.

If you are interested in global public health, then there are plenty of virtual volunteer programs. In these programs, you won’t exclusively be working with refugees, but you will learn the intricacies of global health in the context of displaced people.

The Foundation for International Medical Relief of Children offers five virtual volunteer programs including fellowship, leadership, and a Spanish-language program. Amigos de las Americas Community Impact Project is another great virtual volunteer program. In collaboration with fellow volunteers from Latin America and the United States, you will develop your own service project, which can include volunteering with refugees in your local community.

In 2021, virtual programs are still developing, so there is something to be said for being proactive and thinking outside the box! Reach out to local organizations to see what their needs are and if you can lend a helping hand. 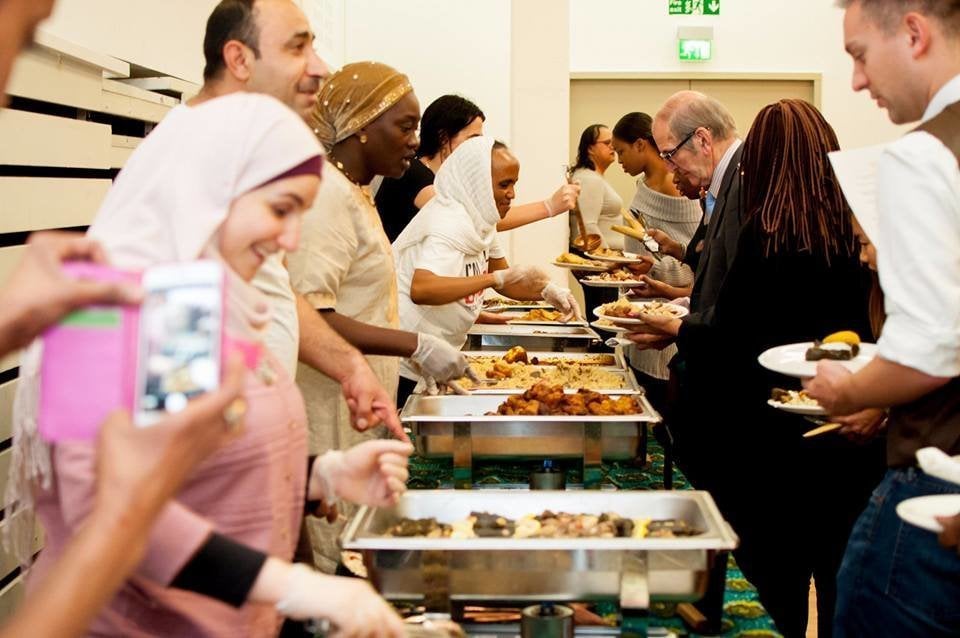 As a volunteer, you will have many roles to fill. Socializing is a key component to these initiatives—as a volunteer, you will mingle with the people you are assisting every day. You will provide food, hand out donations of essential items, provide entertainment, and connect with health services. Many of these displaced peoples are without their friends and family, so these small acts of kindness can make a huge difference in their daily lives.

Additionally, speak up when you return home, or when you finish your virtual volunteer program! Talking about your volunteer experience will educate friends and family about a crisis that can seem remote and hard to comprehend in the context of their privileged daily lives. Share your stories and, while retaining privacy, the stories of the refugees you met. Your continued efforts can help rebuild lives in the wake of tragedy, and promote much-needed institutional changes.

This article was originally published in November 2019, and it was updated in January 2021.