Could you image living in a house without proper roofing? Or not having access to even a basic toilet? Unfortunately, this is the reality for countless communities in many parts of the world. From water shortages to the inability to receive education in a functioning classroom, many of the issues pervading communities around the globe can be attributed to the absence of basic infrastructure and facilities.

For this reason there are numerous volunteer abroad opportunities requiring no previous experience available for construction and building projects. These volunteer building projects are key to the development of disadvantaged communities, and all a volunteer needs is his or her hands and a readiness to get out there and work to significantly improve the quality of life of a community in need.

Building volunteers have the chance to get some fresh air, break a sweat, and become acquainted with the geography and people of their respective countries.

Underprivileged and often rural communities do not have proper or sufficient housing. Volunteers can help with building roofs and walls, painting, and installation of housing components. Lack of standard housing is a major global issue, and volunteers are needed to assist communities who do not have access to the resources and teams necessary to banish this problem. Apart from helping these communities, as a building volunteer you will also pick up some useful skills along the way.

Every day adults and children all over the world suffer from illnesses associated with poor hygiene and unsafe water. Inadequate sanitation facilities and clean sources of water is an urgent global issue that must be addressed. Building volunteers can venture out into villages and help construct toilets from scratch, dig holes for sanitation structures, build clean drinking water storage units, and assemble water tanks for rainwater collection.

Children living in impoverished areas are being denied access to a quality education because their communities do not have schools, or if there are schools these schools are in a shoddy state. Building volunteers can help perform critical school repairs or assist with the construction of brand new classrooms.

Some of these activities will involve plumbing or carpentry related tasks, while other volunteer building tasks may be combined with actual teaching roles that allow for further participation in educational efforts. These efforts will change the course of children’s lives by providing them with the resources necessary to expand their educations.

Our environment has been experiencing intense pressure from human activity, and citizens worldwide are becoming increasingly concerned with sustainability. If going green is your thing, consider volunteering abroad to help communities become more sustainable.

Among a range of activities volunteers may find themselves building eco-houses or developing recycling facilities. Environmental volunteers can also contribute to the livelihood of communities by promoting ecotourism, which could entail building and maintaining park trails.

According to UN-Habitat, Africa has the highest slum dweller population, with 71.9% of Africans living in crowded conditions under the same roof and lacking access to safe water, access to sanitation, secure occupancy, durability of housing, or sufficient living. Many now consider the severe absence of proper housing in Africa, which is only getting worse, to be not only a socio-economic issue, but also a human rights issue.

Because the problem is widespread, building volunteers abroad can find building needs in various parts of Africa. There are many volunteer opportunities in Eastern Africa, for example, where the percentage of the population with access to improved sanitation for some countries is below 20%. Building projects in Africa are focused on building basic infrastructures that provide improved housing, sanitation conditions, and access to schools.

In Asia, construction support is needed primarily in underdeveloped rural areas where villagers are struggling with dilapidated housing and scarcity of community resources such as libraries and schools. South-Central Asia has the second highest percentage of slum dwellers at 58% and thus needs many of the same infrastructure components, such as sanitation, that African countries are lacking.

The climate of parts of Asia may demand more unique and country specific building projects. For example, building volunteers in Thailand may help communities prepare themselves for floods during the rainy season by building precautionary structures.

The varied Asian geography also allows for distinct outdoor volunteer settings. Volunteers who enjoy the wilderness can find building projects for tribal communities based in the forests of a mountainous region, and those who love the water can find building needs in a fishing village by the coast.

Latin America is a perfect region for volunteers looking for “green” construction projects. Both Central and South America boast impressive biodiversity, but external threats, such as commercial development, to the diverse Latin American environment are on the rise.

For this reason, there are many opportunities in sustainability and environmental protection. Building volunteers in Latin America can help with reforestation, ecotourism and forest trail maintenance, and the creation of recycling or compost procedures.

The region is also a great location for a host of other building volunteer projects. For instance, there are initiatives in Peru aimed at installing stoves in Peruvian households to lower the rate of respiratory diseases in the Andes region, and volunteers in the country can even learn the adobe building craft if they are more interested in constructing structures like classrooms.

Are you a history buff or admirer of architecture representing hundreds or thousands of years of rich history? Why not head over to Europe to help rehabilitate an ancient French castle or breathe new life into medieval houses and other historic structures?

Volunteers can learn a variety of restoration and archeology techniques that involve stone carving, carpentry, masonry, excavation and more. Projects are available in multiple European countries, from renovation of a historic railway in Slovakia, to medieval house refurbishment in Italy.

Allowing history to live in these important and intriguing structures through building projects can also be cost-effective. Some programs, for example, will provide accommodation in the location where the restoration project is taking place for free, saving building volunteers a great deal of money on room and board as well as food.

Some helpful resources to help you plan a construction volunteer project abroad include:

Advanced Search
Displaying 31 - 45 of 88
Save to Wishlist 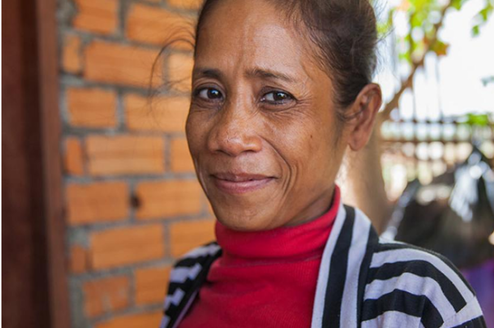 In the past decade, Cambodia and its people have undergone tremendous change. The poverty level has dropped from a devastating 50%... 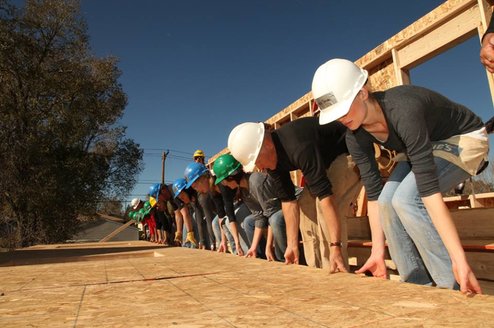 Volunteers are needed for the on-going construction and water building projects in the community. Volunteers needed for manual... 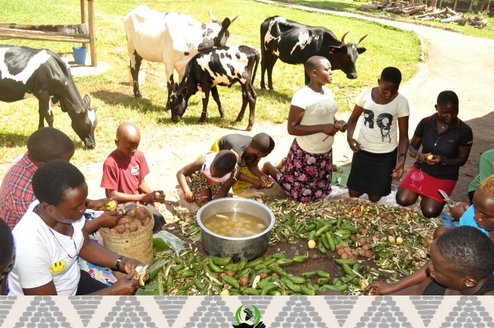 The project entails promotion of environmental conservation and management practices through training the students and communities... Unearth the World has partnered with a non-profit organization in Mwandi, a rural Zambian fishing village 2 hours drive from... Most Affordable & Trusted Volunteer Programs in Cusco from $320

Trusted by 110,000+ volunteers, IVHQ offers the most popular volunteer programs in Cusco and 50+ other destinations around the... 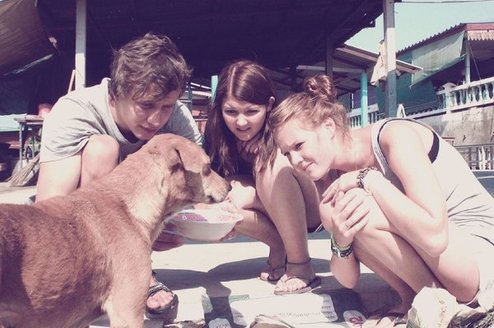 Volunteering in beautiful Thailand,Besides teaching English on a non-formal basis, volunteers may have the chance to help the... 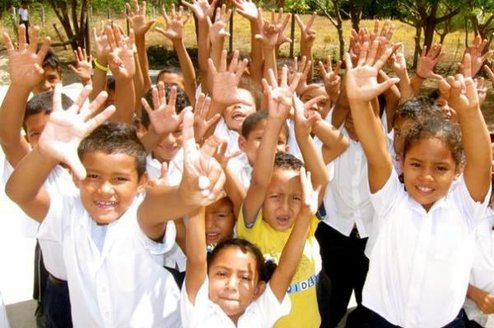 As a Surf For Life volunteer, you will work alongside local community members to build high impact projects, such as schools... Make a REAL difference in Brazil - from just US$419!

Join Love Volunteers and their partner organisation in Brazil for the volunteer experience of a lifetime! Our programs work with... 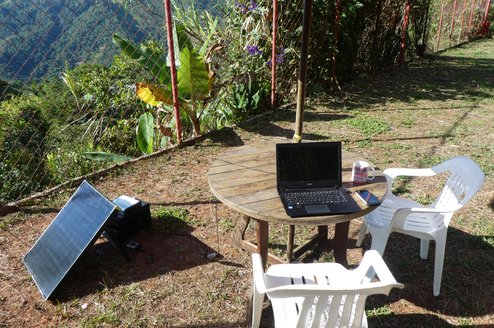 Live close to nature a sustainable (farming) experience and have the opportunity to contribute to the conservation of biodiversity... 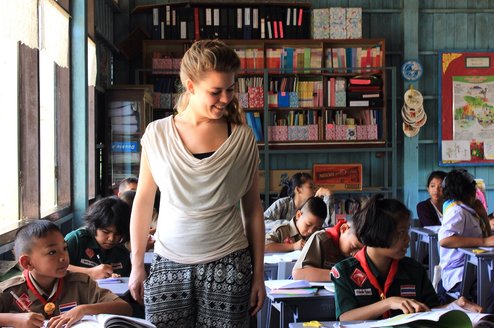 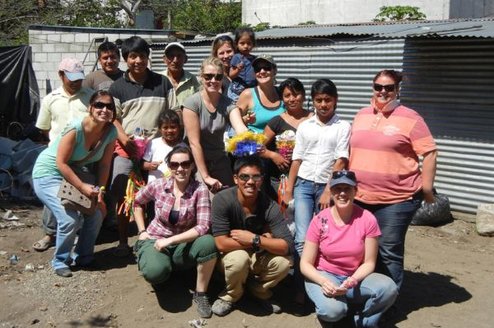 For 10 years, Constru Casa located in Antigua, Guatemala, a beautiful world heritage site, has constructed over 600 houses and... 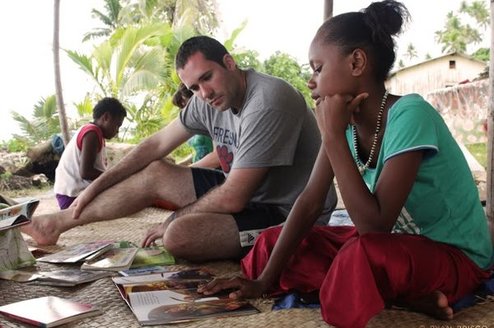 Make A Difference in Fiji this Summer with Madventurer

Come to Fiji and be welcomed into a community in one of the most beautiful places you will ever go and by some of the most... 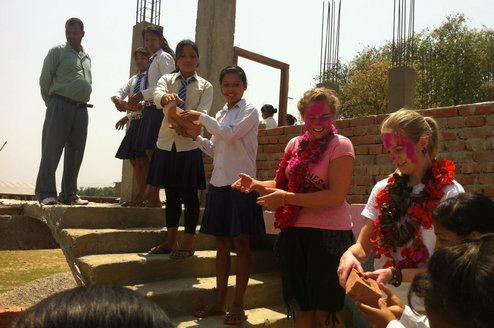 Nepal is among the poorest and least developed countries in the world with one-third of its people living below the poverty line... 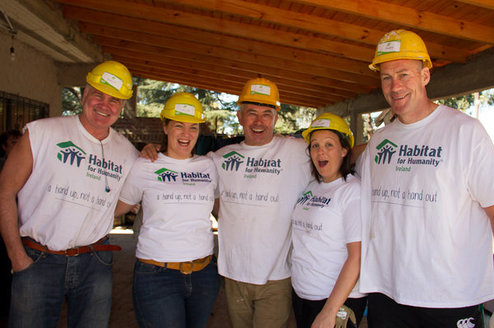 About a third of homes in Argentina are inadequate, lacking components such as a solid roof or floor, or even running water... 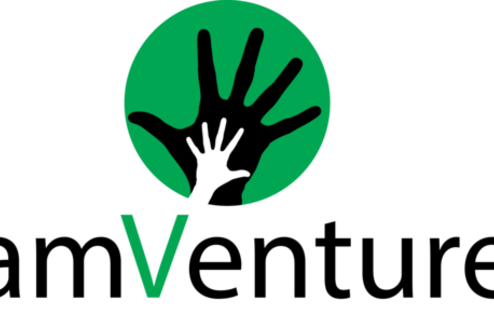 Welcome to Jamaica! Sure you're not here yet but we are all here awaiting your arrival. Whether your mission is to: - support...

The 10 Best Countries for Volunteering in Africa

Why You Should Volunteer in Africa in 2020

The 11 Best Medical Volunteer Programs in 2020