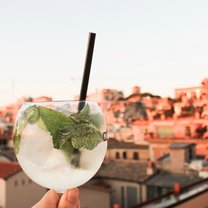 A sunrise in Rome 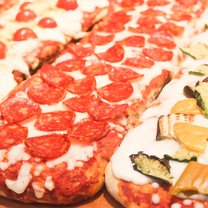 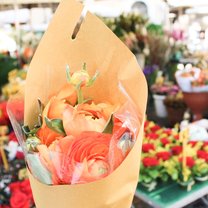 The flower market in Rome 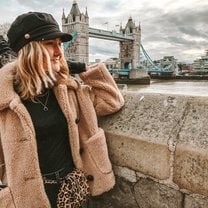 in front of the London Bridge 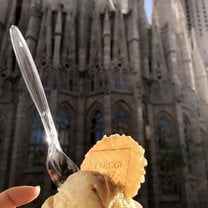 gelato in front of Segrada Familia 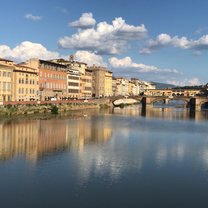 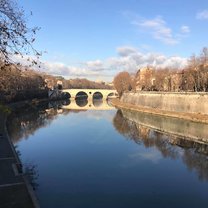 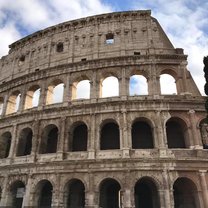 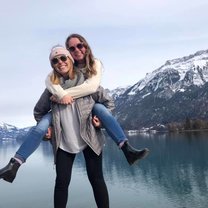 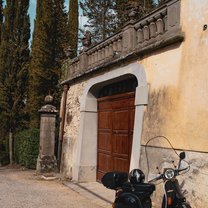 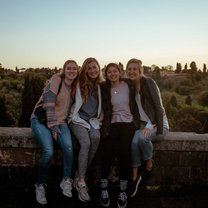 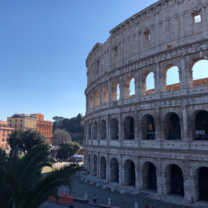 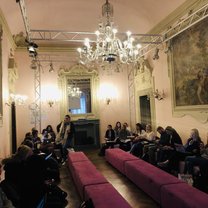 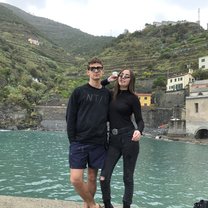 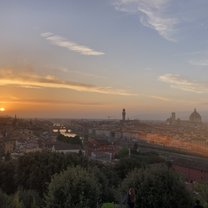 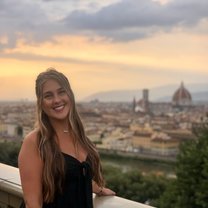 Watching the sunset at Piazzale Michelangelo

Due to global health & safety concerns and travel restrictions related to the coronavirus, SAI Programs has decided to offer flexible booking options for some of their upcoming programs. Learn more about COVID-19 updates to stay tuned regarding program information.

Since 1995, SAI Programs has provided students with exceptional cultural and educational experiences abroad, offering the opportunity to enroll in some of the finest schools available to English speaking students in Europe. SAI is dedicated to providing academic and cultural learning experiences abroad that enhance global awareness, professional development and social responsibility. By encouraging students to explore the complex intersections between self, community, and creativity, SAI aims to provide an inspiring and transformative experience. All of SAI’s services, in the U.S. and overseas, are geared toward ensuring student safety and maximizing the student experience; both in terms of providing a framework for academic inquiry, and offering each student opportunities for personal growth and development.

I loved studying abroad with SAI! They always had staff available to help in whatever you needed and understood how overwhelming studying abroad can be. SAI planned awesome trips and immersion activities that made me feel like Florence was my home. The three day trip we took was to Commachio, Padova, and Ravena, three places I would never have normally gone but it ended up being a great trip that allowed me to see smaller cities in Europe, unlike some of the other programs which just take you to Rome or Venice (places you would easily go yourself).

What would you improve about this program?
I would love it if they included the meal plan like some of the other providers did

I studied abroad for an entire semester in Rome through SAI and it was undoubtedly the best experience I've had in my life. I ate some incredible food, witnessed incredible places, met and connected with people who have changed my life, and learned much about myself. It was a semester of self-exploration and global-exploration! I have come back to the States as a culturally competent and well-rounded person who is able to adapt to situations. I became close friends with Alessandra and Jordan, the coordinators from SAI, and I truly enjoyed their company and learning from them. During my time abroad, I pursued the Global Leadership Certificate SAI offers which has supplemented my resume.

If you did this all over again, what's one thing you would change?
I wish I learned the language more before I traveled to my host country! For me, I find joy in adapting to new cultures and connecting with others of different personalities and backgrounds. With that being said, I recommend learning the basics of the language of whatever country you are studying in/traveling to! Saying basic phrases such as “hello,” “how are you,” and “thank you,” in the local language allows you to dip your toes in the country’s culture and is often appreciated by the locals and workers. As a tourist and visitor, rather than trying to expect the locals to accommodate to you by speaking English, I encourage you to respect their culture and make an effort to interact with people such as waiters, cashiers, and taxi drivers in the local language!

The flower market in Rome

A sunrise in Rome

I learned a lot about myself as a person, which I was not expecting because I thought I was pretty in touch with who I was. I also feel like I gained a lot of cultural capital as well because I've visited, seen, and learned about all these amazing things, like art and culture, that I had only ever dreamed of. Traveling while I was abroad was one of the biggest highlights and something that I would recommend for all study abroad students. It gives you he chance to see things that you had only ever hoped of seeing and doing. But don't forget to get to know your own host country, especially Italy where there so much to do and see just in the country. Because the professor and school were understanding that study abroad students were there to do more than just school, the workload was lighter, giving everyone the opportunity to be pursue and do things beyond school, like traveling. I can't advocate for study abroad enough, especially SAI who made the experience even better by being such a resource in a new place where I didn't know a lot of things.

If you did this all over again, what's one thing you would change?
I planned a trip with my friends to Prague for our last weekend before finals. However, once I got there, I realized I forgot my passport at my apartment and ended not being able to go to Prague. Long story short, always double check you have your passport when traveling!

I loved studying abroad in Barcelona with SAI. I was able to travel every weekend and learned about the local culture of Barcelona through the help of my SAI program advisors. I made great friends who live around the US and around the world that I am able to keep in contact with to this day. Studying abroad gave me the confidence and independence I needed to improve myself. Money is always difficult to manage but it is manageable if you plan out how you want to spend your money. SAI helped me explore the local culture and go out of my comfort zone to immerse myself and really get the lay of the land. By the end of the program I felt extremely confident in my ability to travel around the world. I would go back again tomorrow if I could! Loved SAI

If you did this all over again, what's one thing you would change?
I would bring more clothes for cooler weather! Other than that I wouldn't change anything.

I had a very memorable and enjoyable experience abroad, studying abroad was something I've wanted to do my whole life so it was very fulfilling to me. I was able to form friendships and explore Europe just as I had hoped. Being this far away from home for so long was understandably nerve wracking at first, but it is an experience I would not trade. Due to living in Paris, there was always something to do, it was particularly helpful having the SAI newsletter that was informative on events and holidays to take part it. My school also had several events throughout the year for its students, this is a good way for international students to meet people. Overall, I had a great study abroad experience, and it allowed me to gained a sense of independence.

What would you improve about this program?
More assistance regarding obtaining a visa prior to departure
View All Reviews
Displaying 1 - 9 of 28 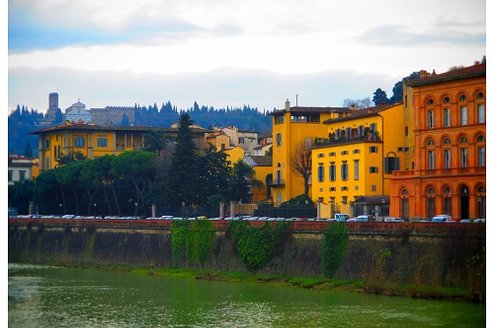 69 reviews
Save to Wishlist
SAI Programs

SAI Programs: Study Abroad at Florence University of the Arts

SAI invites students to surround themselves with the refined beauty of... 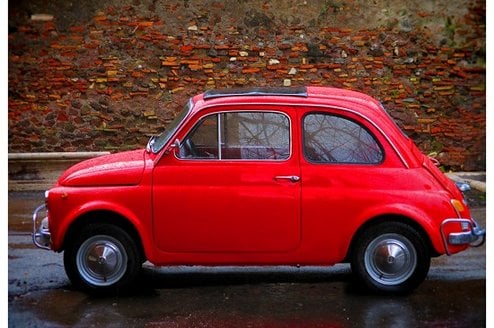 48 reviews
Save to Wishlist
SAI Programs

SAI invites students to experience the sweep of Italian history by... 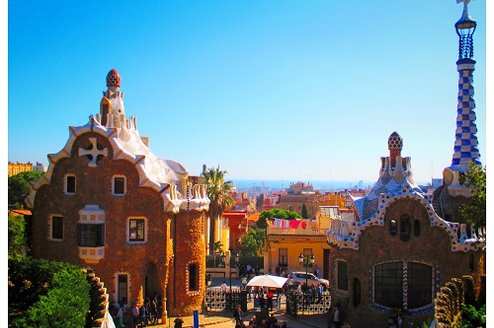 26 reviews
Save to Wishlist
SAI Programs 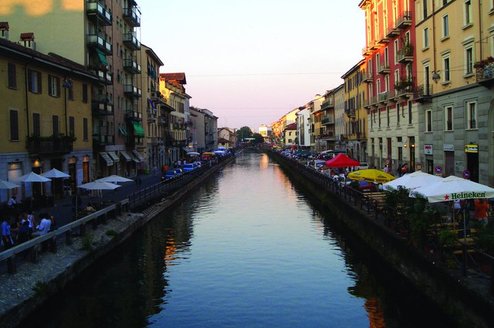 7 reviews
Save to Wishlist
SAI Programs

SAI invites students to immerse themselves in creativity in Milan! SAI... 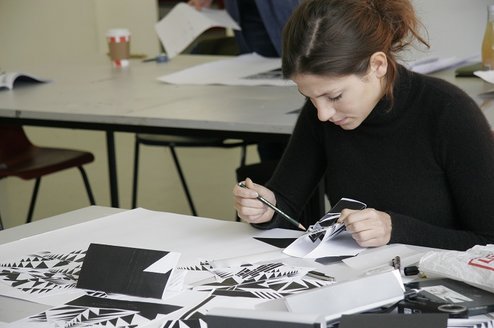 6 reviews
Save to Wishlist
SAI Programs 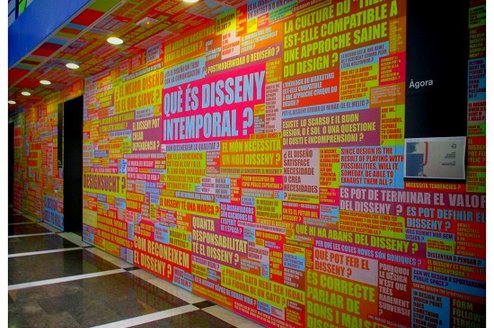 6 reviews
Save to Wishlist
SAI Programs

SAI invites you to experience cutting-edge design at the Elisava... 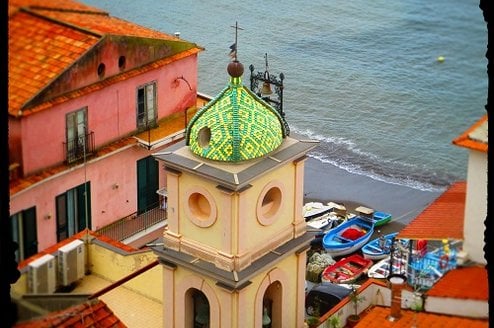 SAI has partnered with Sant'Anna Institute (SA) to offer semester and... 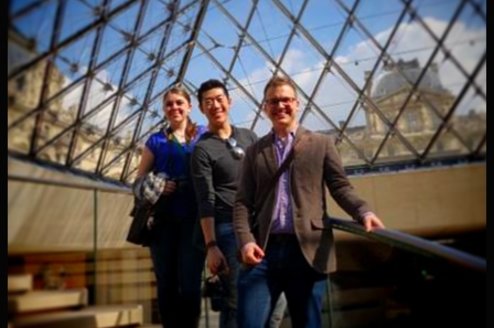 SAI Programs: Study Abroad at the American University of Paris

SAI invites students to experience an American-style education in the... 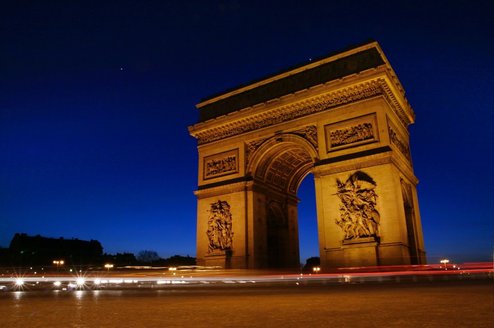 2 reviews
Save to Wishlist
SAI Programs

SAI Study Abroad at the Paris School of Business

SAI invites students to experience the excitement of studying at the...

After my first trip abroad once I graduated high school, I knew I definitely wanted to study abroad. I love traveling and how it allows you to open your mind and experience new people and cultures. I get very restless in routines and for me, traveling is a way to escape the mundane and renew my mind, body, and soul. I chose SAI Programs because of all the extra services they provide.

It gave me great comfort, and also to my parents, knowing that there would be people in my host city to help me if I needed it, and to provide me with support. SAI also has excursions included in the program that allow you to experience more of the culture of your host city or country, that you may not be able to experience otherwise. The SAI staff is extremely helpful, kind, and caring, and they really do a great job making sure each student feels welcome and cared for.

My home university advisor was absolutely wonderful. He was willing to walk me through the entire process from filling out my applications, payment deadlines, acquiring my visa, and so on. I must have been in his office over 20 times, and probably e-mailed him more than that. He never acted frustrated with me and my hundreds of questions. He was always very understanding, patient, and always reassured my parents or myself of any concerns.

SAI Programs, as well, was very helpful. I also emailed them many times and talked to them on the phone, and they were very reassuring and willing to assist me with anything I needed. They frequently sent out emails of all of the information I needed to know, and kept me up to date with deadlines. I am forever grateful to my home university advisor and SAI Programs for helping make the study abroad process as smooth and stress-free as possible.

Anna found her home at SAI about a year ago and has been working in Admissions ever since.

I was traveling solo through Spain, Malta, and Italy after I completed a semester abroad in Denmark. While in Bergamo, Italy, I became aware that I had forgotten to print my final plane ticket. Since I was traveling with a budget airline, I had to have it printed before arriving at the airport, or else I’d be, charged 50 euro (which I definitely did not have!).

I spent an entire day on the hunt for a public printer, armed with sheer determination and nearly non-existent language skills. Each person I encountered got me a little closer to my goal and I eventually end up at a public university in Citta Alta. I technically wasn’t allowed to print there without a school ID, but a kind student overheard my troubles and offered to use their ID to get me onto a computer.

The experience was nerve-wracking and frustrating while it was happening, but the end result and my later reflection have reinforced one of the key lessons from my travels: that humans are inherently good and most will help each other, given the opportunity.

SAI has allowed me to sharpen my skills across so many disciplines! From communication to data analysis, I’ve had the great pleasure of interacting with many facets of the company.

I’ve also learned a great deal about the study abroad industry. Coming from a “volunteer abroad” background, I really didn’t know much about study abroad outside of my personal experience. I feel so privileged to be learning from my fabulous colleagues at SAI in an environment that fosters growth.