After spending twelve years in a traditional classroom, you may be feeling burnt out. As your friends excitedly prepare for college, it can be frustrating to feel both uncertain of your future and underwhelmed by your options. If you’re not ready to jump into college, you can still be productive and have the opportunity to grow and learn even more than your peers by traveling abroad. A gap year combines cultural and travel to encourage learning about the world around you. As gap years become more acceptable and popular among American students, there are growing numbers of programs and options. Whether you want a full year of study abroad or a combination of studying, travel, and volunteering, you can personalize your year to best fit your needs.

Language and Cultural Immersion: For those looking to jump right in, a cultural immersion program is an intensive program where you learn all about the local customs and language. For example, you may have 10-15 hours of language class per week, as well as classes on history, art, literature and cooking. Often these programs also include trips around the city and country to better your understanding of how the country developed into the place you visit today.

Short-term Programs: If you find your gap year getting filled up quickly, you may want a short-term study program. These programs are usually held over the summer term. You should note that these programs may not offer academic credit, there are less options for these programs and typically are more expensive per day than longer term programs.

Long-term Programs: You can participate in either semester or year-long programs and in some cases involved multiple locations. Semester at Sea literally ships students around the world to various ports, while CIEE offers dual-location gap years, such as China and Spain. Meanwhile, numerous programs offer semesters or academic years at in cities across the globe. If you’re looking for a cultural experience, a longer term program in a single country may be the best option for you.

Service-learning: For those interested in both volunteering and studying abroad but aren’t quite sure how to combine the two, you may find a service-learning program would be a good fit. These programs have a classroom component followed by volunteer experience focusing on the same topic. Community service may be completed for credit, but you should check if these will be transferable to future universities.

There are hundreds of cities and towns across the world with universities that take on foreign exchange students. Here are a few of the popular destinations.

London: If language is a factor you’re not quite ready to combat, perhaps a studying in London is the way to go! Home of the Queen and the tea capital of the world, you may be surprised how much English differs from America. And because London is global city with centers for practically every major industry, you can be certain that you’re studies will be in depth and full of useful experiences. Be sure to check out these tips for studying abroad in the UK!

Rome: For those interested in art, history and architecture, Rome provides endless opportunity to explore and learn outside the classroom. And if you enjoy the culinary arts (or just eating), you’ll want to make sure to sign up for a cooking class in Italian cuisine! As the only country in the world to ever choose their own language, Italian is both beautiful to listen to and fun to speak.

Barcelona: Though Spaniards, the people of Barcelona actually speak Catalan as their primary language and have a unique culture all their own. Students with an architectural eye will be inspired by the buildings of Antoni Gaudí, one of the cities most renowned figures. And in Barcelona, football allegiances are fierce so pick your side wisely!

Paris: When you think culture, one of the first spots most people of think of is Paris! Just sitting in a local cafes in the capital of France you can feel yourself soaking up the French lifestyle. Whether you’re intrigued by French literature, history, art or film, you will have no dearth of material to study.

Beijing: As one of the most useful languages in the world, Mandarin Chinese is also very challenging. So where better to learn it than in the country itself?! Beijing is the capital of the People’s Republic of China and the second largest city in the country, with nearly 21 million people bustling about. The last of the Four Great Ancient Capitals of China and home to the Forbidden City, Beijing has a long history dating back nearly three millennia!

When To Prepare: Applications are typically due at least three months before the start of the semester so it is important to do your research and plan ahead. If you are in need of financial aid, the earlier you plan, the more time you have to apply to scholarships.

When To Travel: Because you’ll be taking classes at foreign university with a set schedule, you will be limited to when you can travel. Most programs offer fall and spring semesters, with some options for academic-year or summer terms.

College Credit: If you’re spending money on courses and putting time and effort into the class, it would be in your benefit to come away with credit. Check with the program in advance to find out which of the courses you’re taking are transferable. Find out who the credits come from - your host university or a college in the US through which the program is run. Make sure you understand what needs to be completed and if any forms are required. Hold onto all classwork in case your future university wants to evaluate it before allowing the transfer.

Visas: Most countries require students to obtain a special visa in order to study there. You’ll want to check with both the program as well as the country’s US embassy to determine what needs to be done in advance. In some cases, you may need to send your passport off to Washington D.C or New York, so make sure you give yourself plenty of time to secure the appropriate documents.

Funding: Many of the programs for both study abroad and gap year offer partial and/or full scholarships. It is also worth looking into merit and need-based study abroad scholarships from various organizations, including Go Overseas! Check out money saving tips prior to your departure and idea on how best to budget yourself during your gap year.

Parental Consent: It’s hard enough to send your child off to college across the country at 18, let alone around the world. Using your time away from school to get ahead in your studies is one of the many ways to convince your parents to let you take a gap year. Meanwhile, In a society that provides ample opportunities for the future, gap years can be seen as frivolous and a poor use of time and money. Do your research - there are plenty of articles from reputable news sources that the benefit of a taking a gap year before college and helping Americans become global citizens.

Why take a gap year to study abroad?

Whether your gap year lasts 4 months or a year, there’s no reason why you can’t include study abroad to the itinerary! Learning in a whole new way in a completely foreign environment will help you prepare for college, both as an individual and as a student. Plus earning college credits during your gap year may help convince your parents that your time abroad is a worthy endeavor. Go forth, gappers!

Want to study abroad during your gap year? Check out these programs!
Next Prev
View More

Let's just say I felt STUCK! But that literally changed overnight when my friend received an email spreading the word about this wild opportunity. We clicked the link to The High Desert Center's...

Although my time at the High Desert Center (HDC) ended well over a year ago, my experiences there impact me to this day. I enjoyed growth as a writer through both expert-led workshops and...

Living among a group of people for a year is an experience unmatched, and taught me so much about myself and my interactions with others. The staff encouraged me to leave my comfort zone behind and... 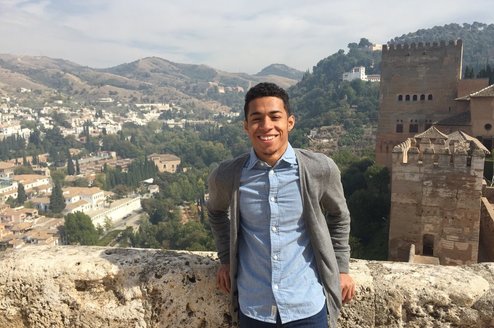 How to Take a Gap Year After College 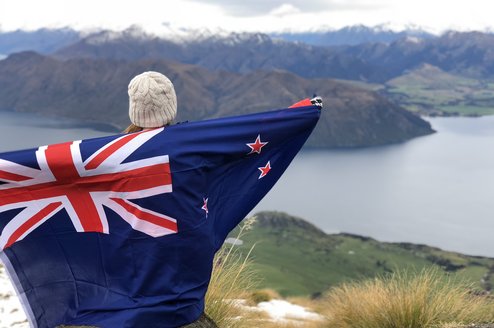 Everything to Know About Planning Your New Zealand Working Holiday