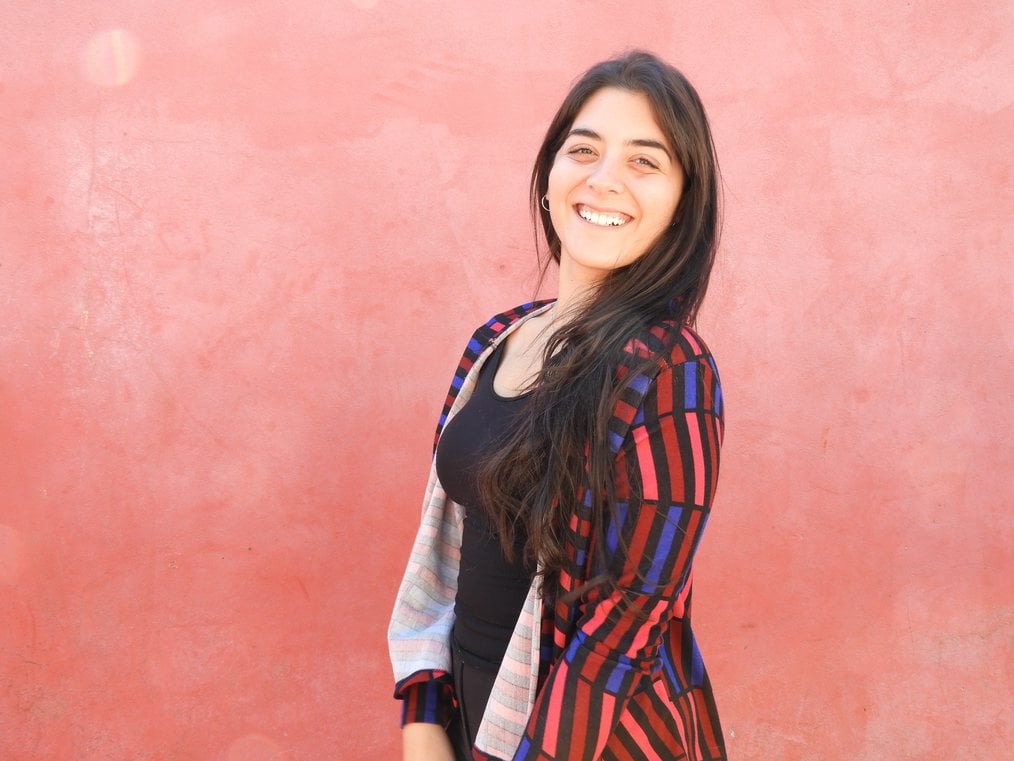 You probably have a lot of questions about traveling to Chile, like what to bring, what to see and do, and what to eat. Search these topics and more all you need to before departure -- but another essential is how to learn Spanish in Chile.

Maybe you took Spanish classes in high school, in which case you might have a leg up compared to those who arrive in Chile with no Spanish language skills. But no matter how you slice it, to get the most out of Chile, you’re going to want to get your Spanish tiqui-taca (Chilean slang for “in tip-top shape,” see Tip 4).

I moved to Chile 14 years ago with intermediate Spanish. I’ve studied linguistics, and taught and worked in a language school for several years. And while formal studies are helpful, so much learning happens outside the classroom. Here are some tips for making the most of your time -- and improving your Spanish language skills while in Chile.

Brush Up on What Spanish You Already Know

If you grew up in the United States, you probably already know some Spanish. Whether it’s from counting along with Elmo and Grover as a small child or high school Spanish classes that taught you conjugations and little else, any Spanish skills you have could use polishing before you arrive in Chile.

Consider labeling household objects in Spanish, or talking to yourself in Spanish around the house. Use learning websites like Duolingo to wake up your dormant Spanish.

In short, don’t wait until you’re at the airport before you remember how to say buenos dias. The first few weeks in a country take a lot of energy, and it’s better to spend your time figuring out how to get around and where to get the freshest marraquetas (local version of French bread) than fumbling for your long-ago language. This will also give you an advantage on jump-starting your Spanish language learning.

Use Chilean Movies & Music to Educate Yourself Chilean movies and/or music can be a really helpful way to get a sense of the differences between Chilean Spanish and any other Spanish you’ve learned (or none at all!) Use them ahead of time or after you’ve landed for a crash course in Spanish.

Why do movies and music help us learn languages? In short, they help us learn what linguists call “suprasegmentals” which is about intonation and stress, and they also help language fluidity.

In terms of music, I’m partial to the singer-songwriter genre, and there are great options among Chilean artists. A classic favorite is Manuel García, and a newer example is Nano Stern. Prefer something poppier and more upbeat? Listen to Gepe. Rock? Try Matorral (they’re friends of mine). Old school rap? That’s Tiro de Gracia. What’s important is to find Chilean music you like, and sing along.

Movies are a two-fer opportunity to learn about culture and language at the same time. Machuca made it big internationally in 2005, and La Vida de Los Peces followed in 2010. Una Mujer Maravillosa (A Fantastic Woman) recently won an Oscar, or if you really want to work on your slang (see Point 4), watch Taxi Para 3, a 2001 comedic movie about a taxi driver that ends up as an accomplice in a robbery.

Again, the key is watching or listening to something that is interesting to you. I suggest watching the movies repeatedly, and with Spanish subtitles to help you pick up the vocabulary.

Many English Words are Used in Chilean Spanish…

There are many words and expressions used in Chile that you may be familiar with. These include “happy hour” and “background.”

Keep your ear out for more entertaining examples. You’re unlikely to forget the word, though you may not remember exactly what it refers to at first.

Use Chilean Slang to Your Advantage 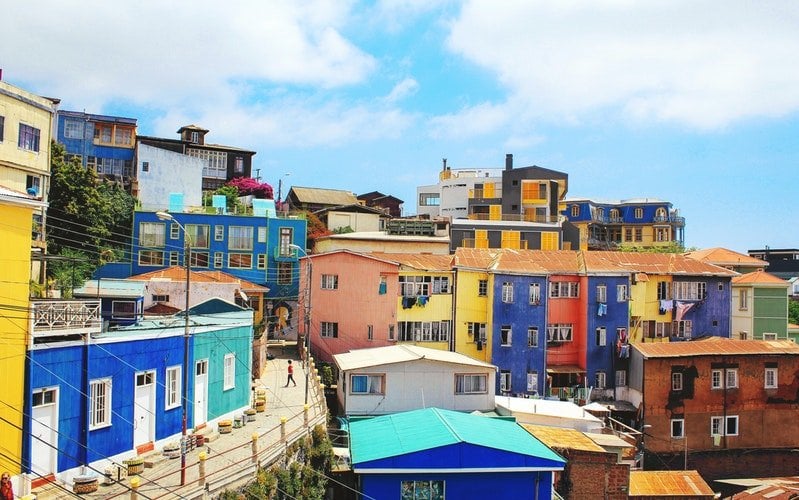 Chilean Spanish is slang-heavy, so much so that in my first weeks in Chile, I had to help a Spanish friend to understand a movie!

While it may steepen the learning curve as you try to decipher these phrases you won’t find in a textbook, using Chilean slang is a great way to connect with Chileans.

To be honest, if you want more in-depth Spanish language instruction in Chile, you may need a private instructor.

Luckily, there is no shortage of private instructors looking to teach Spanish in Chile. This may be more economical than taking private lessons from a language institute, where you are also paying for administrative costs. However, some people may prefer a more professional setting over meeting in cafés or at someone’s home.

Seek Out Spanish if You Really Want to Learn 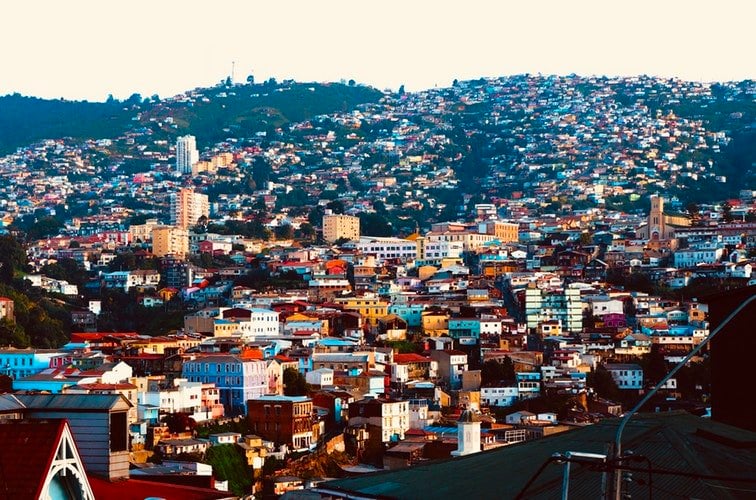 It has become very easy, especially in Santiago, to immerse yourself in the ever-growing English speaking community.

Especially in the bigger cities in Chile, there are people here from all over the world who communicate in English, as well as native English speakers. There are get-togethers, picnics, barbecues, improv, stand-up comedy, hiking groups, rugby, and other events. They are organized by embassies, English-speaking schools by the vast English-speaking Facebook groups, some of which have thousands of members.

If learning Spanish is important to you, simply put, you cannot spend all of your time speaking English. No matter how many hours you put in in a classroom, your Spanish will improve faster if you take it out for a test ride daily.

Living Your Life in Spanish for Maximum Immersion

This is related to Point 6. With just a small amount of initial effort, you can (and should) make sure Spanish is a continual part of your life in Chile. Rather than just peppering your life with the occasional event in Spanish, make it a routine experience.

Sign up with a hiking group or hire a personal trainer, take photography classes or knitting lessons or offer to walk your neighbor’s dog. Talk to the concierge. Take yoga. Do it all in Spanish.

Fourteen years in, I know more about yoga in Spanish than I do in English, and also met my best friend in a yoga class at my local gym. Another advantage to speaking Spanish is that Chileans are more likely to stay in Chile indefinitely, whereas expats are more likely to leave – by speaking Spanish, you’ll make friends who will stay around (which you might choose to do too!).

No matter what point you’re at with your Spanish studies in Chile, it’s never too late to work on your Spanish, both inside and outside the classroom. You do have to take it in stride a bit, and mistakes and frustrations are normal and happen to everyone. But you have nothing to lose and quite a lot to gain if you follow these tips, cachai?