Many people choose to study abroad to learn a new language or as part of an international relations or business degree. As an English major, you you may not consider studying abroad an option -- after all, you already speak the language you're studying, and you likely live in a country with a rich English language heritage. But take it from someone who was an English major and studied abroad during undergrad -- doing so is a great idea, not only personally but as a way of furthering your studies.

Wherever you’re from, it’s likely that your English courses include a mix of ‘canonical’ literature and more localized work from the country or region you’re from. Wherever you're from, the variety of English where you're based will be dominant in language and composition classes, so it's good to see a range of grammatical and syntactical forms from other places. But it’s important for English majors to understand that English is not a single, static language with one ‘correct’ form or one solid canon. The history, politics, immigration patterns, cultures, ethnic groups, and other languages present throughout the world have affected the way that English is spoken and written in different places. This is how studying abroad as an English major can give you a dynamic view of your chosen field of study.

Beyond the ‘obvious’ options, some places where you should consider studying English abroad may surprise you. Countries with a history of British colonization have rich bodies of English literature and their own forms of English that enrich the global language. While the spoken and written word of the U.S.A. and the U.K. tend to dominate in many classrooms, it can be enlightening to study in a totally different Anglophone context. Here are some of the best countries to study abroad as an English major (and here is advice on how to do it). 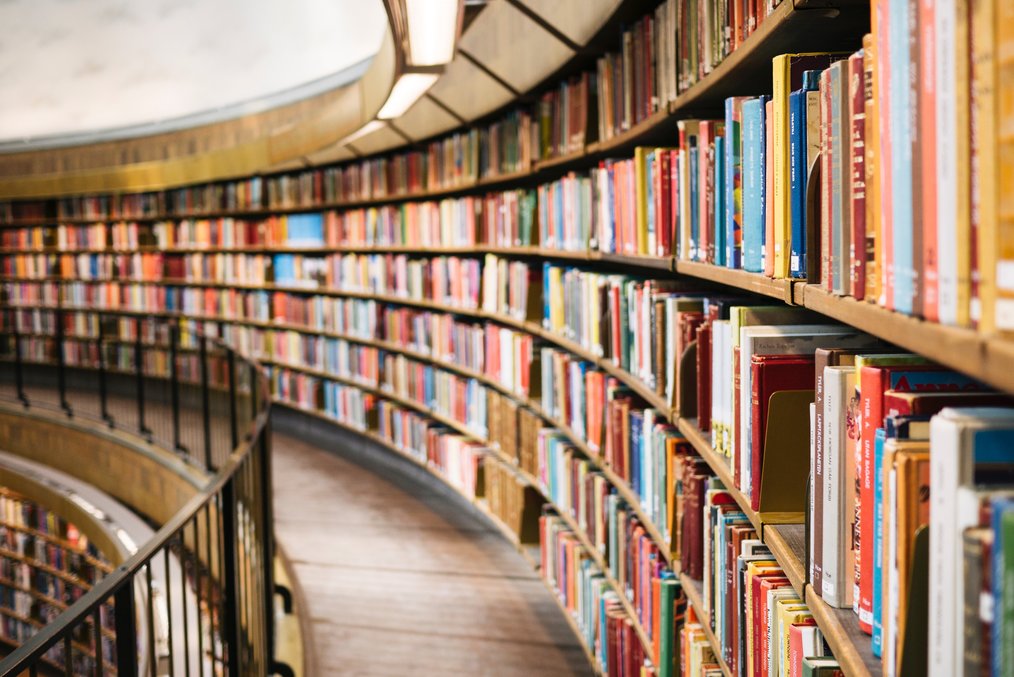 England is obviously a great choice as a study abroad destination for English majors. There are centuries upon centuries of English literature to study, and students interested in English’s linguistic development will be able to fully immerse themselves in the progression of the language over time.

Try to interpret the Anglo-Saxon translation of the 8th century Lindisfarne Gospel in the British Library. Visit Canterbury, where one of the greatest works of Middle English was set (The Canterbury Tales by Geoffrey Chaucer, in case you haven’t reached that part of your syllabus yet). See sites associated with William Shakespeare in Stratford Upon Avon and London.

Of course, studying English isn't just about dead white men, and one of the greatest things about studying English in England is seeing how the language and literature has been touched by colonialism and immigration. Contemporary England is a very multicultural and multi-ethnic place, reflected in the work of English writers like Salman Rushdie, Kazuo Ishiguro, and Zadie Smith. 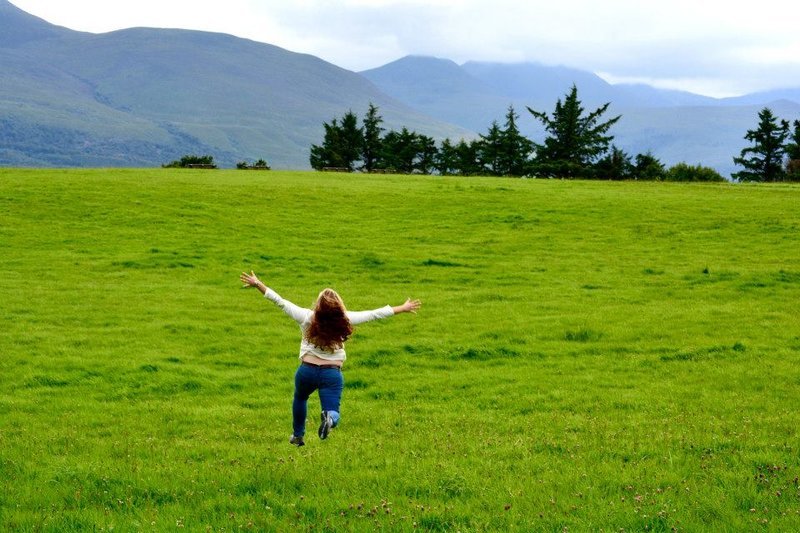 Although English is not the native language of Ireland (it's Irish Gaelic), it has been spoken on the island since the 12th century, when the Normans invaded. Plus, Irish English has had a huge effect on contemporary American English, especially pronunciations, so this can make studying English in Ireland especially interesting for North American students.

Several great writers that almost all English literature majors are likely to study at some point hailed from Ireland: Jonathan Swift, James Joyce, Oscar Wilde, W. B. Yeats, Samuel Beckett, and Bram Stoker. Literature lovers and students of English can’t visit Dublin without going on a James Joyce tour, to see sites where the author hung out and that were featured in Ulysses and The Dubliners.

Because Ireland is so small, it’s a fun place to spend a semester or a year as you can travel around and see a lot of the country. Plus, the U.K. and Europe are just on your doorstep. If you’re a real fan of Irish writers, you must make a long weekend trip to Paris, where Joyce, Beckett, and Wilde all lived at some point. Australia offers prime examples of how British settler colonialism has touched English language and literature. While studying in exciting cities like Sydney, Melbourne, or Brisbane you can take courses in local literature.

Learn about Australia's indigenous peoples (Aboriginals and Torres Strait Islanders) through literature as well as British, Irish, Middle Eastern, and Southern European (Italian and Greek) immigrants. The work of Australian writers like Kate Grenville, Richard Flanagan, Kim Scott, and Christos Tsiolkas explore issues of immigration and Aboriginal genocide. These are issues that modern-day Australia is still struggling to come to terms with, so studying Australian literature and language is an excellent way to understand the culture and history of the country. New Zealand is a thinly populated country, and there are only a handful of universities across the two main islands. Studying in Auckland and Wellington provides a biggish-city experiences, whereas the smaller city of Dunedin is a fun place to study because of its large student population. In all of these places you can take courses in New Zealand literature and poetry.

While Australia and New Zealand are a bit too far for a quick weekend trip (the closest cities, Auckland and Sydney, are a three-hour flight apart), many students who study in one country like to spend some time traveling in the other. It may be the only time you’re down in this corner of the world, at least for a while, so it makes sense to make the most of it while you can. India has dozens of official state languages, and hundreds of smaller regional ones, but English is the language of the government in Delhi and the language of instruction at major universities.

There are thriving English-language literary and publishing scenes in the major cities, and dozens of local writers producing fascinating and beautiful prose and poetry that is hardly known outside India. And then, of course, there are internationally renowned writers like Arundhati Roy, Anita Desai, and Aravind Adiga, who should be required reading for all English majors.

Cities like Delhi, Mumbai, and Kolkata are especially rewarding places to study abroad, as they have great universities, student culture, and vibrant literary and arts scenes. There’s always some sort of book launch or reading going on in these cities. Plus, India hosts many exciting writers’ festivals, including the annual Jaipur Literature Festival held in January, which has been dubbed the greatest literary show on earth. Listen to talks by your favorite international authors, discover some new-to-you Indian ones, all while hanging out in a glorious Rajput palace. 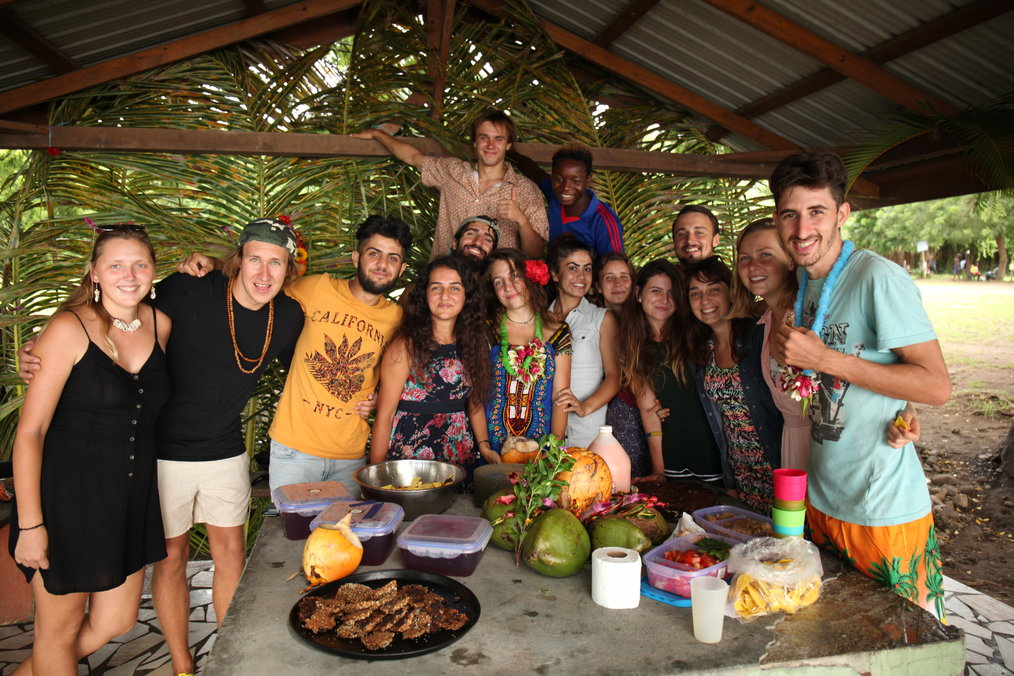 The islands of the Caribbean use English, French, Spanish, Dutch, Caribbean Hindustani, and European Creoles, so there are a range of study abroad opportunities possible in the region.

English majors should look to places like Jamaica, the U.S. and British Virgin Islands, the Cayman Islands, and Puerto Rico. Because of the proximity to, and close connections with, the United States, studying in the Caribbean can be quite easy for US students. There are also some American universities throughout the region.

The Anglophone Caribbean is a multi-cultural place, with people of African and South Asian origin. This lends a distinct cadence to the language, and the nations’ colonial history provides a fascinating setting and themes for literature by writers such as Jean Rhys, V. S. Naipaul, and Wilson Harris.

Studying contemporary Caribbean literature can also include some authors who call North America and the UK home, as immigrants -- writers such as Junot Diaz, Edwidge Danticat, and Julia Alvarez explore what it’s like to live within and between two cultures. As such, studying English in the Caribbean could be an especially rewarding experience for students specializing in American literature, or majoring in American Studies, as you can get an insider’s perspective on the places that many American-Caribbean writers come from. Plus, who wouldn’t want to check out the beautiful beaches on the weekend?

English is an exciting subject to study at university because it's about so much more than the study of our language and culture. English is a global lingua franca, and it opens up pathways to discovering the world. Not to mention, many abroad programs offer great academic opportunities alongside travel opportunities.

As an English major myself, my studies have directly and indirectly taken me to the Czech Republic, India, Japan, Australia, and the USA. One of my favorite activities while traveling will always be checking out local bookshops and picking up a novel or collection of essays by a local writer. Let English open the world for you, too, by studying the subject abroad.