As the emerging global power, there is certainly much to gain from studying abroad in Asia. Its cities and universities are modern, vibrant and constantly buzzing with activity. Perhaps the biggest lure of the Orient is the vast differences it has in comparison to the West. Regardless of which country you pick, brace yourself for a (slight) culture shock as Asians often have unique customs that may seem quirky to you. Asia is the world’s largest and most populous continent – this also means that it is extremely diverse.

Asia is commonly divided into geographic and cultural sub regions – the Caucasus, Central Asia, East Asia, South Asia, North Asia, Southwest Asia and Southeast Asia. Each region has its own distinct identity and with it, a whole host of different cultures! Travelling from one country to another may require understanding of a new language and cultural norms. That being said, English is widespread throughout Asia. So while you may experience difficulty communicating with some locals, it is likely that you will be able to find an English-speaking local along the streets to offer you help in times of distress!

The proximity of Asia’s countries to each other (particularly in Southeast Asia) also translates into cheap and easy travel. If you are looking for someplace exotic, and craving a new, different study experience unlike anything in USA, Asia is the place for you!

Asia is home to an extremely diverse range of countries – from buzzing metropolitan areas to laid-back coastal cities, this also means that cost of living in Asia varies greatly from country to country. While the cost of living in Asia has remained stable in the past year, some cities in the region are becoming more expensive to live in as Asian currencies strengthen. Not to fear! You will find that living in Asia is generally still cheaper than in USA or Europe. The Global Property Guide has a great diagram offering cross-country comparisons at a snapshot.

For the budget-conscious, we suggest putting Japan (Tokyo, in particular) on hold as it has continually ranked as the most expensive country in Asia for a long time. Other relatively expensive Asian cities include Singapore, Hong Kong and Shanghai, although these cities are still cheaper than the average cost of living in USA and Europe. Do keep in mind however, that these locations are relatively expensive precisely because they are modern and trendy cosmopolitan cities. While Cambodia is definitely great for lazing around beaches on a budget, it may not have the best universities in Asia! Ultimately, it really depends on the type of experience you want. The wonderful thing about Asia is that you can travel cheaply from one country to the next (especially within Southeast Asia) and get the most out of your study abroad experience – perfect for curious, adventurous students like you!

Scholarships for Study in Asia

Here at Go Overseas, we understand that studying abroad can be a burden as it incurs financial costs. As such, we have compiled a list of scholarships and grants available for you to take advantage of! The Freeman Awards for Study in Asia, for example, provides scholarships for US undergraduate students with demonstrated financial need to study abroad in East or Southeast Asia.

More general scholarship and financial aid providers include the Fulbright scholarships and Gilman scholarships. The Association for Asian Studies also has a page listing of potential grants and scholarships you can check out. This way, you can have a peace of mind while enjoying the perks of studying abroad!

Asia is commonly divided into geographic and cultural sub regions – the Caucasus, Central Asia, East Asia, South Asia, North Asia, Southwest Asia and Southeast Asia. Culturally, there has been little unity or common history for many of the cultures and peoples of Asia. Each region has a distinct identity of its own that, when aggregated, has given Asia a timeless cultural heritage.

You will likely find Asian customs new, confusing, and even bewildering. Before you tip a waitress in China or Japan, or relax along Thailand’s beaches by reclining, stop! Take a look around you to see if anybody is doing that. Regardless of your destination country, it is critical that you not offend the locals by resorting to certain behaviours you wouldn’t think twice about back home! Learn to observe others for the culture’s dos-and-don’ts, do a little background research before travelling, and keep a lookout for affronted glares from locals!

Once you are able to successfully navigate the quirks of Asia’s varying customs, you will be able to better appreciate and feast on its rich heritage and unique traditions. Immerse yourself in Asia’s culture by participating in Lunar New Year festivities in China, replete with firecrackers and street parades! Visit the Wonders of the World such as the majestic Taj Mahal in India, or learn more about Cambodia’s history by visiting some of the luxurious palaces and temples that dot its landscape. Want to tickle your tastebuds? Stuff your bellies with cheap and yummy hawker food in Singapore, or try some new delicacies (tuna eyes, anyone?) in Japan!

In general, do not be surprised if you experience a ‘culture shock’ upon arriving in Asia. Asian cultures differ greatly from Western cultures – you may find Asians a little more passive than Westerners, have a less meat-centric diet, and a greater entrenchment of traditions even in modern society. Each culture is very different, but the unifying theme that all Asian cultures have is an emphasis on respect (especially to elders), courtesy and a strong connection to their roots. You can be sure to have a unique (and at times, bizarre) cultural education in Asia. But then again, what is life without new experiences?

Upon setting foot on Asian soil, you can expect to hear a myriad of foreign languages and have no idea what anybody is talking about. Asia and Europe are the only two continents where most countries use native languages as their official languages. Most Asian countries have more than one language that is natively spoken, and it is common for one to be well-versed in multiple languages/dialects. For instance, more than 600 languages are spoken in Indonesia, more than 800 languages spoken in India, and China has many languages and dialects in different provinces.

The dominant language family in Asia is the Sino-Tibetan group (Chinese, Tibetan, Burmese) and Mandarin Chinese is the most widely spoken language in Asia (and also the world!). If you have a command of an Asian language, good for you! But even you don’t, do not panic. Other than having to grapple with an initial sense of discomfort and paranoia (that everyone around you is actually talking about you), you will be able to survive, make friends, and understand your professor because English is widespread in Asia. Besides, you may be able to pick up some foreign language skills along the way! There are tons of language schools abroad to choose from depending on which dialect you're interested in honing.

These days, Asia has been touted as the new global hub. With excitement in the air and change brewing, what better way to be in the thick of things at the world’s epicenter than to immerse yourself in the dynamic classrooms of Asia?

From East Asian history to the Chinese Law and Economy, students will be able to pick from a wide range of courses and translate classroom discussions into reality. Certain universities teach courses in their native language however, so be sure to pick classes where you are comfortable with the medium of instruction. Of course, you could always pick up a new language or practice a new culture in Asia – it may just come in handy in the future! Regardless of which university or country you pick, you can be sure to have a world-class education against a backdrop of pulsing modernity interweaved with rich heritage.

Want to study abroad in Asia? Check out these programs

The latest and greatest programs in Asia
Next Prev

I really enjoyed going on this program. It is, however, very different from the standard study abroad program at a foreign university, and prospective students should be aware of this. For example, I...

The program exceeded my expectations almost across the board. The emphasis on environmental justice was not something I was aware would be central but was so grateful it was. The staff/program...

I came in fairly ignorant of Tibetan culture and history and left with not only a greater understanding of that, but also with friendships that I hope will last long after the 4 months of the program... 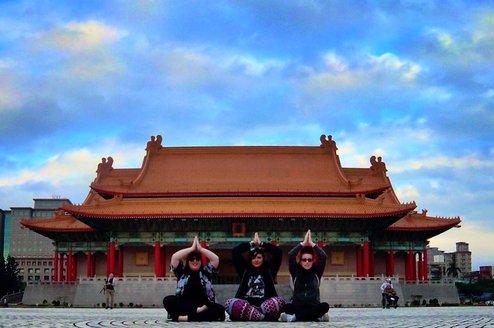 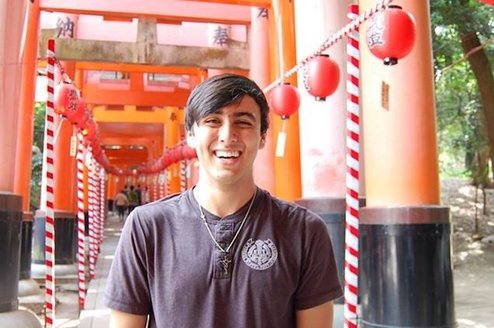 How to Study Abroad in Japan in English