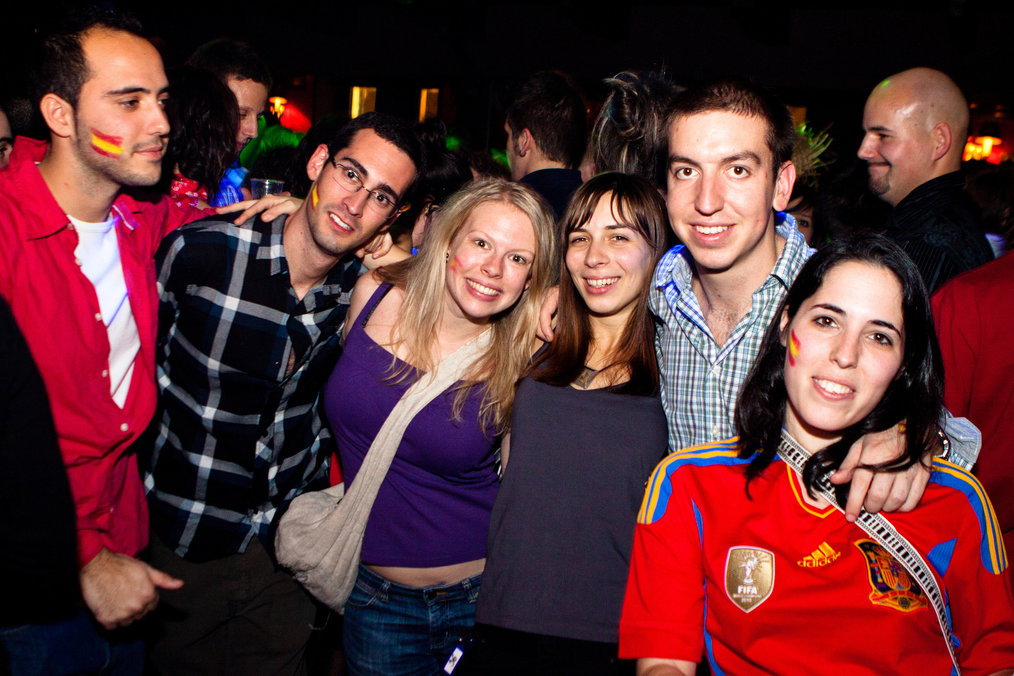 If you're considering studying abroad in Spain, chances are you've already talked it over with a professor or an advisor at your university’s study abroad office. But for those of you who think they are already well-prepared, you may be surprised to learn about what your study abroad advisor may have neglected to mention about studying abroad in Spain. Need those gaps filled in? Well, you're in luck -- here are 5 things your study abroad advisor likely didn't mention about your upcoming aventura española.

Related: What You Need to Know Before Studying Abroad in Spain

1. Spanish Climate and Landscape is Diverse

Contrary to popular belief, Spain is not the land of eternal sunshine, constant heat, and endless sunbathing at the beach. For a small country, the Spanish landscape varies greatly depending on the region, as does the climate. The north of Spain, also nicknamed “Green Spain” faces the Atlantic Ocean and has what is called a temperate oceanic climate—cool summers and cold winters. This area of Spain also experiences the most rainfall and is home to lush, green mountains and forests.

The rest of Spain is characterized by a parched, arid landscape. The Mediterranean climate (Andalucía, Murcia, Valencia, and Catalonia) features hot, dry summers and mild winters. It might not get below freezing temperatures often at night during the winter in southern Spain, but it can get quite cold. If you plan to study abroad in any of these regions during the fall/winter months, don’t forget to pack layers to stay warm because it can get quite chilly.

The rest of inland Spain (Castile-La Mancha, Castile and Léon, Aragon, Madrid) has a continental climate, which means very hot summers and fairly cold winters, with rainfall usually occurring during the fall and spring months. Spain is also made up of several mountain ranges, such as the Cantabrian Mountains, the Pyrenees, the Sistema Central, and the Sierra Morena to name just a few.

Translation: Spain has something to offer for everyone. Don’t like the blazing sun or the sweltering heat? The north of Spain might be an ideal destination for you to consider due to the cooler weather. If you prefer forests and green wilderness to the beach, even better!

For those who can’t live without the beach, any region located along the Mediterranean is a good bet, especially the section of coast dubbed the Costa del Sol in Andalusia. Not a fan of living out in the country? If you are a city slicker, you may want to consider studying abroad in Madrid or Barcelona, the two largest cities in Spain (and the two that have the biggest sibling rivalry, of course!) With such endless location possibilities, you are bound to find a place to study in Spain that meets all of your criteria.

Which Study Abroad Program is Right for You?

2. Spanish is Not The Only Official Language Spoken in Spain 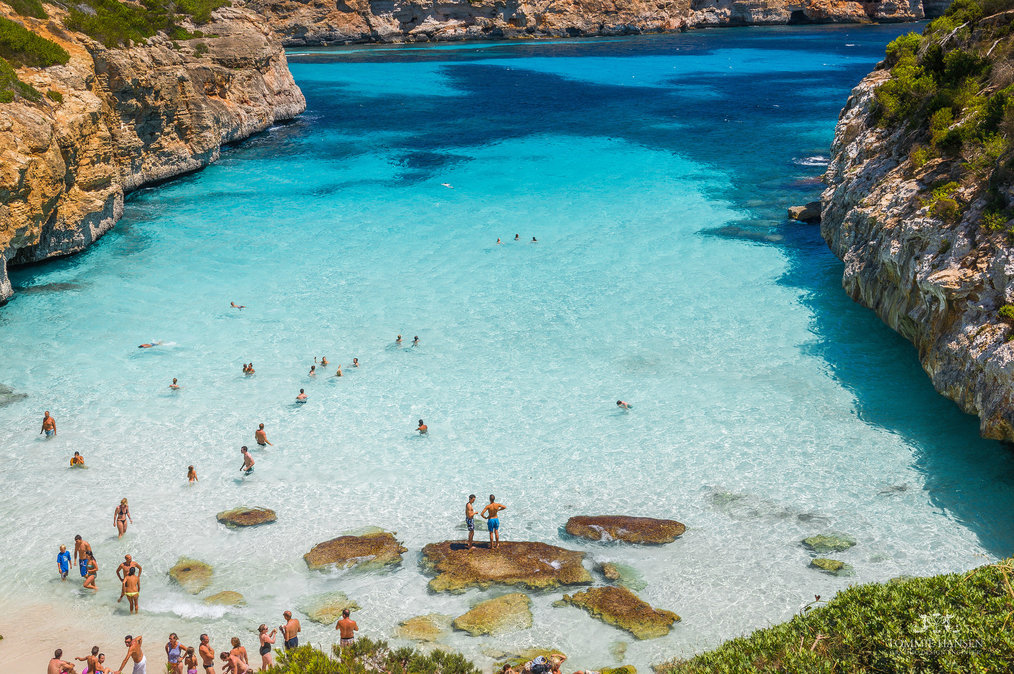 Spanish is still the sole official language recognized at the national level, so you don't need to worry about learning two separate languages while studying in Spain. However, Spain has several official regional languages, including a handful of languages that are recognized by the Spanish government but have no official status (mostly because there aren’t enough native speakers and they are dying out).

Catalan is an official language in the regions of Catalonia, Valencia (where it is called Valencian), and the Balearic Islands. Should you choose to study in Barcelona or Valencia, it is highly likely you will hear people speaking Catalan around you. Most residents in these regions can speak, read, and write in both Catalan and Spanish, and many children attend schools in which Catalan is the default language of instruction. However, most programs, such as CIS's summer abroad in Barcelona, focus on learning Spanish -- not Catalan -- but do give you the opportunity to learn more about Catalan culture through cooking classes and history lessons.

In Galicia, the official regional language is called Gallego, a language that is very close to Portuguese. Gallego is usually taught in schools alongside Spanish and most native Galicians can understand and speak the language.

The third official regional language is spoken in the Basque Country and is appropriately named Basque. This language presents a bit of a conundrum since it is not a Romance language unlike Catalan and Gallego — nobody is very sure of its origins. This may explain why out of all the official regional languages, Basque has the lowest amount of fluent speakers since its structure is so radically different from the Spanish language. However, if you're looking for a challenge, try taking a course at University of Salamanca -- which is known for its language programs and ranked one of Spain's best universities for international students.

3. The Loss of Personal Space and The Infamous “Spanish Stare”

One of the main differences students often find hard to adjust to is the lack of personal space. Spaniards tend to stand closer together when having a conversation with another person. Don’t be taken aback if all of a sudden your new Spanish friend reaches out and touches you in the middle of the conversation—this is often done to emphasize a specific point or to redirect your attention to the conversation.

The lack of personal space also applies to when you are out and about walking down the street or on public transportation. What would be constituted as rude behavior in the United States however is perfectly acceptable in Spain: fighting your way in and out of the bus/metro, not getting out of the way to let passengers on or off, walking along the sidewalk and brushing up against fellow pedestrians (and doing all of the above without apologizing).

Another characteristic of Spanish social norms that may surprise you is something I have dubbed the “Spanish stare.” I remember my first few weeks living in Madrid, I was under the impression that everyone was staring at me everywhere I went.

As it turns out, the Spanish love to openly stare at each other; it’s almost an art form. And everybody does it — young, old, male, female. So if you feel like the whole world is watching you in Spain, you’re not wrong, it's just something that happens. But they are also staring at everybody else so you’ll be in good company!

4. Spain Has a Peculiar Interpretation of Customer Service 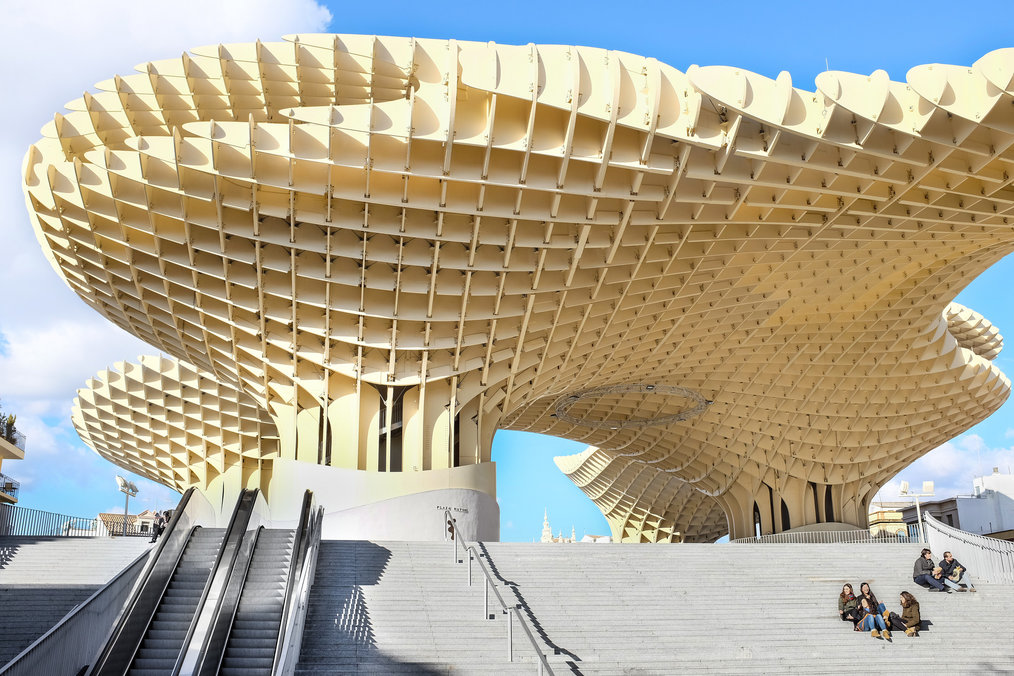 In the United States, we strive for what we interpret to be good customer service—we aim to please the consumer and we will often bend over backwards to satisfy customers. If you decide to study in Spain, you need to cast aside the “the customer is always right” mantra.

Spanish atención al cliente is not based on this principle and it may be difficult, but try not to dwell on how much more “efficient” you think the US is in this department. Waiters are not customarily tipped in Spain and salespeople do not usually work on commission, so do not expect employees to be falling over themselves trying to satisfy your every need.

In a restaurant after serving you your food, your waiter or waitress will probably not come back to check up on you or ask you if you want the check. You will most likely have to flag him or her down (or even physically go hunt him or her down) to get his or her attention when it comes time to pay. If you need help in a store, be prepared to speak up and to be aggressive about what you want.

The key to customer service in Spain is endless patience and perseverance, two qualities that will come in handy when dealing with bureaucratic issues (such as applying for a visa). Be prepared to wait in long lines and receive conflicting answers to your questions, but definitely don't let it keep you from trying these MUST try foods and drinks while studying abroad in Spain. It may feel like Spanish customer service is against you, but relax—it’s like this for everyone including native Spaniards!

Sometimes you just don’t know the vocabulary to say what you want to get across or you just have an off language day where you can’t seem to remember anything you’ve learned. It happens to the best of us! We all struggle in the beginning when learning a new language.

First off, even if you are a total beginner, try to communicate in Spanish first before asking “Habla inglés?” Even a small attempt at speaking Spanish will go a long way and natives will appreciate the effort you are making at learning their language.

Depending on where you are studying abroad in Spain, you may be able to use some English phrases to “get by” and even study in Spain in English. But, c'mon, that's not why you're studying abroad in Spain, right!? Furthermore, Spain is notorious for being “linguistically challenged” when it comes to English, so don’t be surprised if you are just met with a blank stare (not the same as the Spanish stare).

So get out there, and learn the language. And don't just take Spanish language courses through your university or a language school -- find an intercambio, also known as a language partner. There are plenty of Spaniards out there who want to practice their English so finding an intercambio is a lot easier than it seems. Most study abroad programs have intercambio exchange programs, so that would be the best place to start your search.

There are also plenty of websites online like Loquo and Lingo Bongo which feature intercambio ads that you can browse through. Many bars in major cities like Madrid and Barcelona host intercambio meet-ups, which are a terrific way to practice your Spanish and meet new people.

So now that you’ve got the insider scoop, do you still want to study in Spain? (Of course you do!) If so, the next logical step is to research programs you think might be a good fit and start the application process. Easier said than done of course, but then nothing worth doing in life is ever easy! You’ll be living in Spain hablando español before you know it.